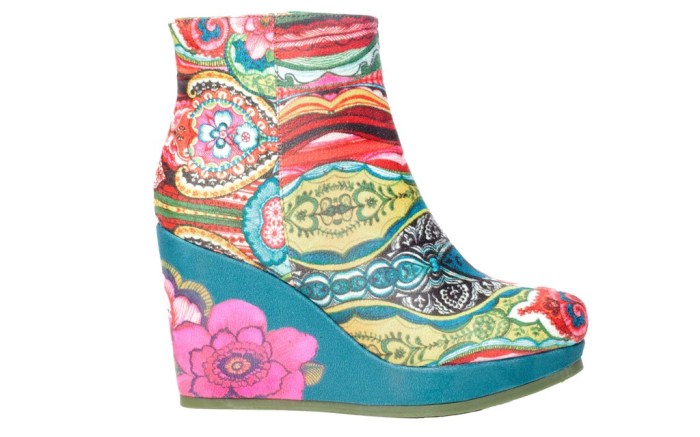 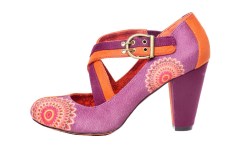 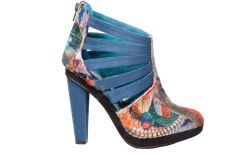 Desigual has high hopes for its footwear debut.

The Barcelona, Spain-based brand’s shoe line, new for spring ’12, hit its two branded stores in New York on Wednesday. For fall, retailers including Lord & Taylor, Amazon.com and Anthropologie have picked up the line, which boasts 60 styles of boots, booties, heels, flats and wedges.

Desigual spokesman Pedro Moscoso said shoes have been in the works for the 26-year-old company for about three years, spurred by the success of the brand’s apparel and accessories collections. “Now that we have shoes, we can outfit the customer 100 percent,” he said. “Footwear was what we needed to do that.”

The shoes’ design cues were taken from Russian folklore, art deco and menswear. The vibrantly hued, boldly patterned footwear is produced in Spain and China, and it retails for $80 to $260.

Moscoso hinted that Desigual, known for its offbeat marketing strategies, has some campaign ideas in the works for footwear but declined to reveal details. “We always test everything in Europe first,” he said.

The shoes will debut next in the brand’s Miami store in two weeks.