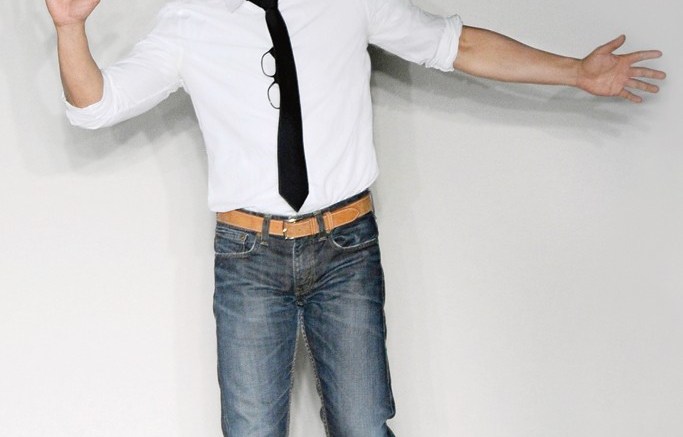 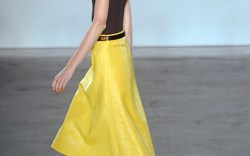 Derek Lam has had a small footwear offering since 2007, but for spring ’13 he formed a new partnership that could yield big results.

His eponymous label inked a global licensing deal with Schwartz & Benjamin, which will handle design, manufacturing and wholesale for the expanded collection of Derek Lam shoes.

“Now seemed like the right time,” Lam said of amping up his presence in the category. “[Footwear has] become a very important part of the fashion environment.”

Schwartz & Benjamin’s involvement will allow the fashion house to significantly expand its footprint.

“We’ll [now have] about 50 shoe styles per season versus about 15 [in previous seasons],” Lam said. “Before, it was very runway-driven. Now we are able to do different heights and categories, including casual sandals.”

Lam said the partnership also gives his company much-needed access to new factories and sourcing firms in several countries, whereas the label previously worked with a single footwear manufacturer. “With shoes, if you want to do different categories correctly, you really need a variety,” the designer said. “When you work with a company like Schwartz & Benjamin, there are more opportunities than challenges.”

The Italian-made footwear, consisting primarily of closed-toe, mid-heel styles in everything from croco-print leather to painted water snake, is slated to hit stores in February and carry price tags of $495 to $1,000. The label is targeting major retailers, but it also will put a new emphasis on shoes at its two branded stores in Manhattan with salon-like footwear departments.

“We’ll reach more customers now,” said Derek Lam CEO Jan-Hendrik Schlottmann. “[Prior to spring ’13], we had a great editorial proposal, and Derek Lam shoes were recognized and appreciated, but that [was] only at the very high end.”

“I’ve always [thought of] the collection as a total look, including shoes and bags,” he said. “It’s really [about] imagining a woman — a character I have in my head. I like to look less and less backward in terms of past design references or eras and try to figure out what’s the moment now. I also focus on practicality. [For example], two springs ago, we did flat platform sandals [because] my understanding was that women needed to go to weddings and they couldn’t wear little stiletto heels and sink into the lawn. A lot of [my designs] come from my understanding of what women need. It’s rare that a ready-to-wear designer also has the scope of a shoe collection.”

Schlottmann also cited Lam’s six-year stint as creative director for Tod’s, which ended in March, as a valuable learning experience for the designer, although Lam would only comment that his time at the Italian footwear, accessory and apparel label was a “good collaboration [that] ran its course.”

Despite Lam’s deep industry experience, both the designer and Schlottmann acknowledged they expect competition in the footwear space to be intense, given the spate of spring ’13 launches and the dramatically expanded shoe floors at department stores. However, the two also called the fashion industry’s increased focus on footwear a potential boon for business.

“You could say that we have to speak a little bit louder because you can get lost on the [shoe] floor,” Lam said, “but the ubiquity of the same brands accessible everywhere is also an opportunity for us to [differentiate] ourselves. What makes us different is a very relaxed, formal/informal quality. I love a clear, clean silhouette, but within that, I use interesting shapes and bold color. It’s an opportune moment [in the marketplace] because there is a return to refinement, especially in accessories. That’s wonderful for us because Derek Lam fits into that point of view.”

“[Derek Lam] is understated and cool, and its all about the little details,” he said, noting that the company has been working closely with the fashion house — including transferring one of Lam’s shoe designers to its own staff — and later this year will also launch shoes for the diffusion line 10 Crosby Derek Lam.

This latest partnership is consistent with Schwartz & Benjamin’s growth strategy, which focuses on designer licenses that fill market voids, according to Schwartz.

“Derek Lam operates in a white space where a lot of other designers aren’t going,” the CEO said, referring to the label’s luxury positioning with a slightly more moderate price point. “We are looking at categories that we have not been servicing for the customer.”

In addition, Schwartz & Benjamin President Steve Shapiro noted that Derek Lam fits into the company’s goal to expand its European presence, despite that region’s economic woes. “With American-based brands, there can be a bit of an allure to a European customer,” Shapiro said. “She is buying a piece of Americana. One of our big opportunities is exposing [the European market] to American brands.”

Lam said he also sees growth potential for his brand in Europe, as well Asia and the Middle East.

“We have a huge opportunity everywhere because we are still kind of an unknown quantity outside the fashion community,” the designer said. As for his most solid domestic markets, he noted, “There’s nothing that beats New York and Los Angeles, but we also feel strongly about Texas and [the rest of] California.”

Lam added that the fashion house, in tandem with Schwartz & Benjamin, likely will add more footwear categories, such as bridal, in the future.

Lately, the label has made a bigger name for itself with some out-of-the-box collaborations. Lam teamed up with Kohl’s to create a spring capsule collection for the retailer’s moderately priced DesigNation clothing series. And he also handled interior design for the green room at the 64th Primetime Emmy Awards last month.

Next up, Lam said he is considering a branded retail expansion over the next few seasons that would take his label into other parts of the country.

“All these are opportunities that I’m looking at, but we have to see where this economy takes us,” the designer said. “At this point, the [footwear licensing] launch is really to get people excited about what I do in shoes. I’d love to make a mark in footwear and have people understand Derek Lam as not only a seasonal [ready-to-wear] collection but as a resource for when they need a new pair of shoes.”