Demand Shoes Strives to Live Up to Name 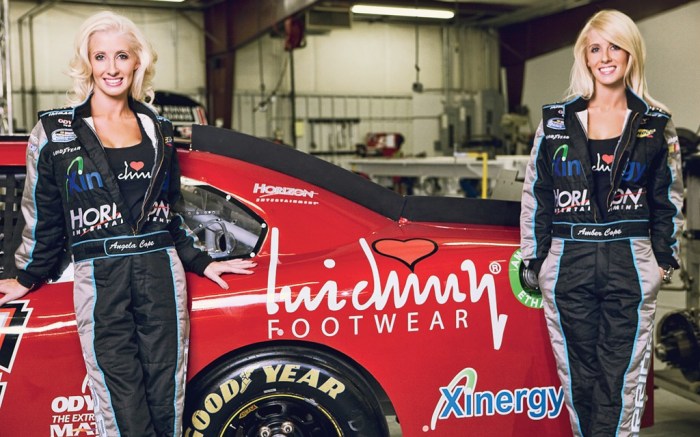 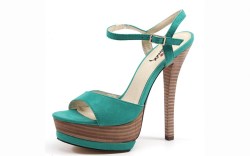 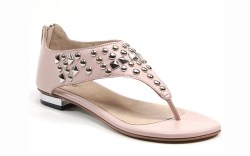 Demand Shoes LLC is looking to create even more, well, demand for its product.

The Earth City, Mo.-based company owns Luichiny and, under Diba Imports LP, operates the Bronx and Diba labels. The firm is now revamping Diba, while it continues to push partnerships, exclusive product launches and a new e-commerce site for Luichiny.

“All our brands are having positive business [results] this year,” said Demand Shoes owner and President Joe Butrus, who started selling shoes at the age of 21 before becoming a buyer at the now-defunct Edison Brothers. “And Luichiny will come close to doubling its business in 2012 [over last year].”

The Luichiny brand, which Demand purchased in 2005 from a Florida importer, relaunched its website last month to include an e-commerce component.

Averaging a retail price of less than $100, the line sells primarily at independents such as Erica’s Shoes in Los Angeles and Cherry Bomb in Atlanta.

A brand partnership with twin NASCAR race car drivers Amber and Angela Cope that started in 2011 also has helped broaden Luichiny’s consumer base, thanks to promotional contests and special appearances.

The brand recently hosted a retail contest, in which the winner attends a race at the Motor Speedway in Charlotte, N.C., and a similar event is planned for another race there in September.

“[The twins] attract fans, and people see the product and want to buy the shoes,” Butrus said of the decision to work with the Copes. “Those girls are dynamite, and they are two of our best customers.”

Heels.com buyer Emily Denby said her site regularly collaborates with Luichiny on exclusive product launches and sells the full collection. “A lot of brands cut out crazy colors because they are scared, but [customers] love the Luichiny colorways and the platform, wedges and block heels,” she said. “We really trust it as a strong performer.”

As for 21-year-old Diba, Demand is equally bullish about changes on deck for the brand.

To start, the company has upgraded the quality of its leathers and fabrics to create a revamped product line called Diba True, which will roll out this fall. Prices for that collection will average about $165 for debut styles, an increase from the main line’s $100 price average.

“We were being pushed in a price direction of making the merchandise cheaper, but [success] is all about the product,” said Butrus. “We made a giant error taking the product down [in quality].”

Diba True will put a greater emphasis on boots than the brand had previously. “The boot business being tame this year doesn’t bother me,” said Butrus. “Our boot category is a fashion category, and we will continue [to develop] that area.”

Zappos.com and Amazon.com are two of the label’s largest retailers, but the company plans to approach new accounts with Diba True. (The firm will also continue to offer Diba and the Diba Far East line, a lower-cost division that uses synthetic leathers.)

Other changes on tap for spring ’13 include a new slogan, “Diba True, For Real Life,” as well as a redesigned logo and shoebox colors.

Demand Shoes also relaunched the Bronx brand at FFANY earlier this month and plans to show the line at the GDS and Micam shows in September. Bronx, which the company has produced since 1989, when it acquired the North American license, now features better materials and an overall more mature look.

Changes also have been under way on the manufacturing side.

“Overall, we have been through major sourcing changes [with pricing] over the last few years. This has been a learning process for us, as well as our new suppliers,” said COO Diane Butrus.

Next up, the firm plans to launch a men’s brand in 2013, but declined to provide details as of press time.

And with three distinct in-house brands, Demand executives are confident about overall growth potential for the firm.

“This broad market knowledge [that comes from juggling three lines] keeps us in touch with the marketplace,” said Diane Butrus, daughter of the company’s owner. “It gives us the opportunity to be competitive.”