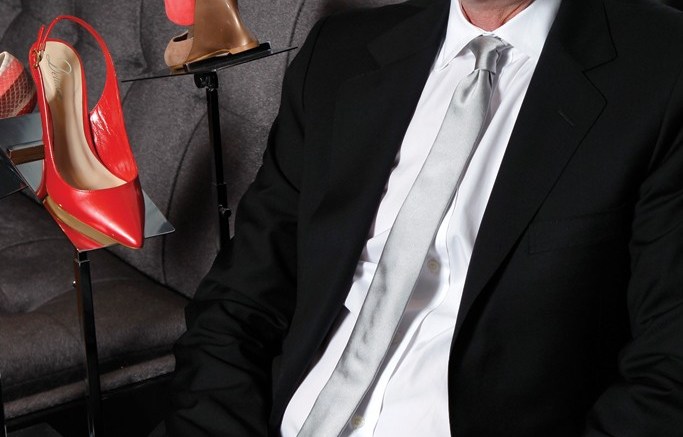 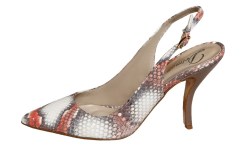 NEW YORK — Delman is delving into the future while paying homage to its past.

The brand, a division of New York-based Nina Footwear Corp., is getting a design overhaul, starting with resort and spring ’13.

“We have changed everything with the intention to grow the business,” said Delman President Lance DeShazo, who started making adjustments when he joined the brand a year ago from Eileen Fisher Footwear and Pelle Moda Footwear. “We have changed our sensibility and refocused on feminine, timeless and chic product.”

With the new emphasis on product, Delman has beefed up its design team and renovated its showroom for a sleeker shoe-salon look. A website relaunch and new marketing initiatives are also in the works.

The label, which has experienced double-digit sales growth so far for spring ’12, has moved all its sourcing and manufacturing back to Spain and Italy after several seasons of partial production in China.

DeShazo said his footwear background helped him navigate the industry landscape to secure factory connections, including with the original factory that first produced Delman in Italy.

DeShazo said the team also recognized that the key to the brand’s success was its 93-year heritage. To that end, the label revisited its archives, bringing back features such as the “comma” curved heel, mid-heel and hidden heel, all of which originated with Roger Vivier, who started his career at Delman in the 1930s and later collaborated with the brand in the 1950s (via Christian Dior) and in the 1990s through his own line.

“We have an enormous archive at our disposal, and that’s definitely one of our advantages,” DeShazo said. “We have encompassed some of [Vivier’s] earmarks in this collection and we’ve modernized them.” He pointed out that resort and spring ’13 styles include trend-right details such as snakeskin prints, fabrics like foiled tweed, pops of color and subtle takes on man-tailoring and metal studs. DeShazo added that flats would become a more important part of the mix for spring.

Delman also plans to introduce slightly higher price points. Resort and spring styles will sell for $100 more a pair, on average, bringing the retail price point to between $300 and $600.

“We are elevating all aspects of the brand,” DeShazo said, adding that there hasn’t been price resistance from buyers. “This is an opportunity for us to [reach] an entry level price point in designer luxury product. The consumer recognizes the intrinsic value we offer.”

Ellen Finlayson, co-GMM for women’s at the Connecticut-based Mitchells Family of Stores (which includes Mitchells, Richards and Marshs), said that rings true for her.

“Delman has a real heritage,” she said. “Other brands may try to create an instant history, but Delman has the true pedigree with the archives to prove it. [The brand] also continues to be relevant by focusing on [its] customers’ lifestyles.”

Celebrities also are taking an interest in the brand, with Anne Hathaway, Brooke Shields and Blake Lively recently spotted in the shoes. According to Delman, it will mount a new PR initiative in the next few months that will include enhanced outreach to Hollywood.

DeShazo said that, in addition to strengthening its relationships with existing wholesale partners such as Nordstrom and Bloomingdale’s, Delman aims to reach additional consumers by targeting new luxury boutiques in the U.S. and beyond.

Over the past six months, the brand has added more than 25 retailer partners, according to DeShazo. It anticipates going international over the next few seasons, starting with Japan in fall ’12 and the U.K. and Italy for spring ’13.