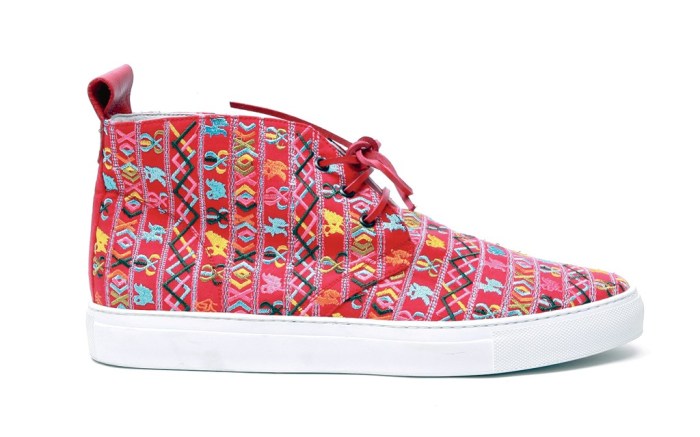 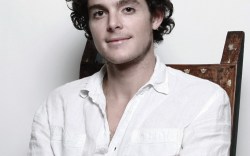 NEW YORK — Del Toro is in major expansion mode for fall and spring.

The 7-year-old, Miami-based label is branching out beyond its signature smoking slippers to offer sneakers and other styles, all while pushing its women’s category, rolling out accessory lines for both men and women, and adding kids’ shoes.

The brand also has transitioned from selling via e-commerce to having a presence in 65 retail doors throughout nine countries, in such trend-driven boutiques as Scoop and Five Story, and major department stores including Barneys New York, Nordstrom, Harvey Nichols and Saks Fifth Avenue. The made-in-Italy footwear retails from $295 to $330.

“All the pieces of the puzzle are coming together,” said the company’s founder and creative director, Matthew Chevallard, 26.

Retailers also were upbeat about the emerging label’s potential.

“When our buyer saw Del Toro, she was sold immediately,” said Eric Jennings, men’s fashion director at Saks Fifth Avenue. “The designs have an edge. They are not precious, even though they are [constructed like] a formal slipper shoe. [We liked the] mixed materials and embellishments. [Chevallard is] using studs, he’s using pony hair. There is something completely unique and different about this.”

Jennings noted that Saks first added select Del Toro men’s styles to its e-commerce site two seasons ago, and the footwear will hit brick-and-mortar locations in November. “We have been trying to bring [Del Toro into Saks’ doors] for a while, but we wanted to do it in a meaningful way,” he said. “Now we have the space and open-to-buy, and we have been seeing the slipper shoe a lot on the runway. It is just starting to gain momentum.”

One major goal for the brand in 2013 is to grow its women’s business, which makes up about 30 percent of overall sales. Modaoperandi.com and London-based Matches have snatched up the brand’s offerings in that category, and Chevallard said two collaborations with blogger Leandra Medine of The Man Repeller have helped ingratiate the label with female shoppers.

However, Chevallard, who has teamed up with other names in music, sports and fashion — including Theophilus London, Dwyane Wade and Tibi — said he is taking collaborations in a new direction going forward. He will focus on artists, producing a limited-edition slipper designed by a Miami artist each month and pairing that with a Del Toro-led art walk in the city.

“Art [collaborations are] edgier and push us toward the right demographic,” the designer said. The first two styles in the Del Toro Artists Series — a skull slipper for men and flamenco slipper for women, both by Alexander Mijares — sold out in its first run last month.

Chevallard, who is finalizing a deal that will give him full ownership of the company (he formerly shared the business with two co-founders), said he has built a strong bespoke business centering on exotic skins, and athletes such as Wade, Carmelo Anthony and Joakim Noah are among its main customers. The label plans to bring exotics into the main collection over the next few seasons.

Also in the works is branded retail, first with a Miami pop-up shop that is slated to open in November and run through spring, followed by Del Toro flagship stores in Miami and New York by the end of 2013. “We are developing as a lifestyle brand on all fronts,” Chevallard said.