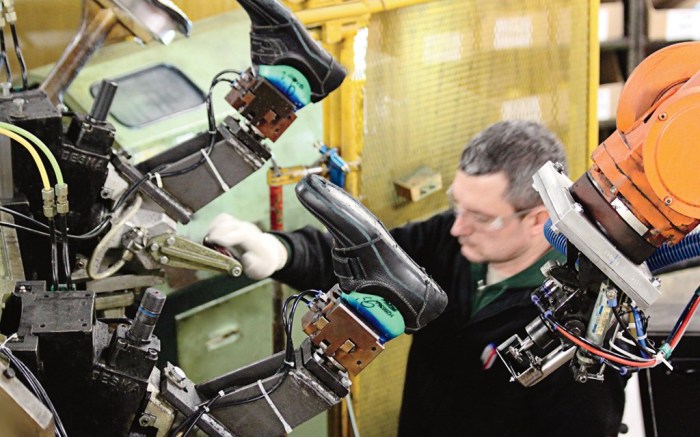 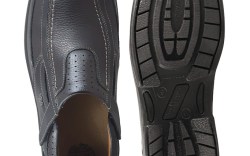 Pilgrim Shoes is on a crusade to bring shoe production back to the U.S. Just last year, the comfort footwear firm set up a 17,000-sq.-ft. manufacturing facility in Woodlawn, Md., to launch its new Deer Tracks brand.

The Deer Tracks men’s and women’s line of extra-depth shoes, which debuted for spring ’11, competes in a higher-end market than Pilgrim’s therapeutic Hoope label, made out of China. So far the reaction from retailers has been positive.

“We see more interest in Deer Tracks [than Hoope], so we’re ramping up production,” said co-owner Arkady Altskan, who anticipates a 30 percent uptick in business over the first year and plans to slowly phase out Hoope in favor of Deer Tracks. “There’s a lot of effort that goes into [the new line]. There are German lasts and molds, and we have an Italian designer. We’ve brought together the best available resources.”

The decision to build a plant stateside was twofold, according to Altskan. “We started to see an opportunity to bring back some jobs, and prices in China were creeping up,” he explained. Now the company even sources its deerskin uppers from domestic tanneries.

While Altskan and partner Boris Borisov were eager to support American workers, the undertaking proved financially challenging. The pair were unsuccessful in obtaining government aid, so they financed the project themselves.

Another issue was finding trained craftsmen. “There were no people with skills,” said Altskan. Instead, the pair created a line of direct-injection styles that relied on machine production. Their Woodlawn facility, which can produce 100,000 pairs of shoes annually, was outfitted with machinery from Germany and employs 18 people.

While Deer Tracks is primarily a mainstream comfort resource, its shoes are also reimbursable under the Therapeutic Shoe Bill. Borisov is a certified pedorthist, and the company works closely with staff at Temple University’s School of Podiatric Medicine on product development. “We’re not trying to focus on diabetic patients [exclusively], but the shoes happen to comply [with those customers’ needs],” said Altskan. “We don’t want to be in the strict diabetic market, but that is an important piece of the business.”

Temple University professor Kendrick Whitney has evaluated the Deer Tracks line in its development stage. “The shoes have incredible shock attenuation due to the biomechanical design of the sole,” said Whitney, “[so they are] equally comfortable on soft and hard surfaces.” And, he added, Deer Tracks now has a rigid rocker sole as another option for patients. “This is an especially important modification to help patients with forefoot problems.”

According to Altskan, only about 20 percent of Deer Tracks’ business is done through the medical community, while Hoope has been distributed mainly through this channel. “Hoope had only a few shoe stores,” said Altskan. “Deer Tracks gave us an entrance into a much broader market.”

Currently, Deer Tracks is available in several hundred comfort-based independents. (Retail prices for Deer Tracks range from $150 to $180, and the shoes are available through an open-stock program, with no minimums required.)

Cam White, co-owner of Total Relief Footwear in Austin, Texas, was among its early supporters. “[Deer Tracks] has a compelling story, and I like the value proposition,” he said. And while the brand will likely attract diabetic customers, White noted, “I view it as a comfort shoe. It’s orthotic-friendly with removable insoles and comes in multiple widths.” And the company’s willingness to provide mismatched shoes for consumers with different-sized feet is an additional bonus for his store. “They’re not penalized into buying two pairs.”

As his company grows, Altskan remains committed to servicing independents in the future. “We want to work with high-grade independents who sell hard-to-fit customers,” he said. “We’re about old-fashioned service.”