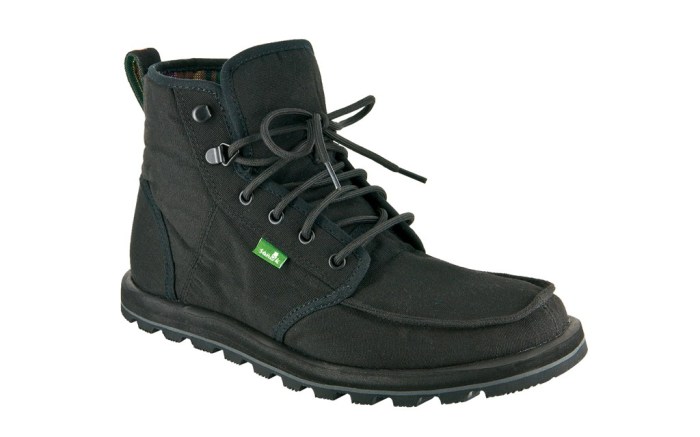 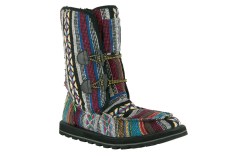 Eight months after its acquisition by Goleta, Calif.-based Deckers Outdoor Corp. for $120 million, the casual sandal and shoe brand, best known for its quirky positioning and hanging flip-flops and Sidewalk surfer styles, is poised for major growth.

Deckers CEO Angel Martinez called Sanuk a “compelling new growth vehicle for the company” in Deckers’ fourth-quarter earnings call late last month, and the numbers the brand presented backed up that optimism. Sanuk is expected to have full-year sales of $90 million in 2012, up from $69 million in 2011, with $200 million in sales projected by 2015.

And that could be conservative, analysts said.

“There’s clearly an appetite for the Sanuk brand and that [casual slip-on and sandal] product category,” said analyst Jonathon Grassi of Longbow Research.

To prepare for that growth, Jake Brandman, the Teva vet who took over as president of Sanuk last September, and Jeff Kelley, the brand’s founder and creative director, have been adding staff to prepare for international opportunities, expanding Sanuk’s colder-weather product offering and ramping up marketing.

“We knew how much potential we had, but we didn’t have the infrastructure to get us where we wanted to go,” said Kelley. “[The acquisition] has given us a lot of strength that we didn’t have in the past.”

The brand sees a big opportunity in overseas sales. Currently, less than 15 percent of business is done internationally. The goal is to increase that to at least 40 percent by 2015.

To build on success in the brand’s fleece-lined and winterized shoes, Sanuk is releasing for fall ’12 the Chill collection of women’s and men’s boots, which take the same midsole/outsole construction as the Sidewalk Surfer style and meld it with water-resistant upper fabrics and cozy linings.

Looking ahead, growth at home is going to be powered in 2012 by a ramped-up marketing effort.

Following a successful campaign around Comedy Central’s “Tosh.0” show in 2011, Brandman said Sanuk is adding more TV advertising for this year, on Fuel, MTV and Comedy Central. An MTV show featuring wakeboarders Phil and Bob Soven, who are sponsored by Sanuk, should grab attention as well.

And according to Kelley, the brand also will pursue placements in Rolling Stone, Outside and Men’s Journal, and will seek broad exposure through outdoor ads.