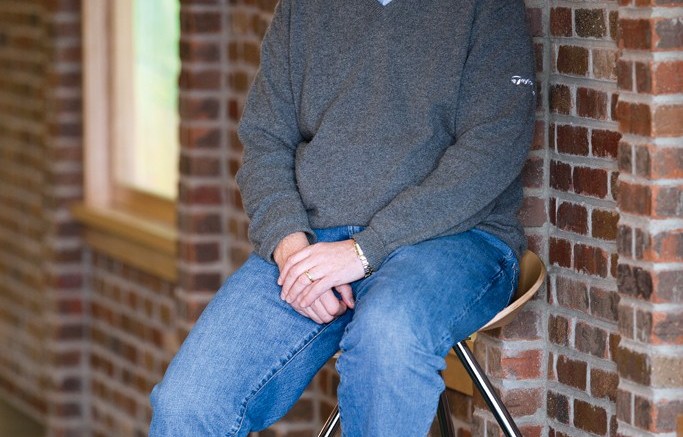 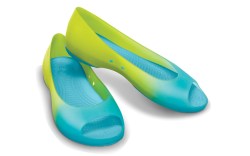 NEW YORK — What a difference a decade makes.

In the last 10 years, Crocs Inc. has gone from Wall Street darling to investor’s kryptonite to the newest member of the billion-dollar club.

The company’s rebound has been fueled by expansion beyond its flagship product — those brightly-colored resin boat shoes — to become a purveyor of more than 300 different styles, ranging from canvas sneakers to rainboots to golf shoes. It also has licenses for socks, umbrellas, sunglasses and children’s apparel, to be distributed internationally, and even makes scrubs for medical professionals through a partnership with Icer Brands.

John McCarvel, CEO of the Niwot, Colo.-based firm, told Footwear News it has been a challenge to change consumers’ perception of the brand, which first saw widespread consumer adoption in 2005.

“Everyone wants to think about Crocs as being this clog in 5,000 colors, but that’s no longer the case,” said the exec, who has been with the company in various roles since 2004, but took over the top spot in 2010. “Most of our marketing is [now] geared toward getting people to realize that we have a lot of fun, casual, lifestyle products today that anybody, everywhere could wear and no one would think they were Crocs.”

Financially, the company is also on firmer ground now, with $258 million in cash and no long-term debt, after grappling with liquidity issues in late 2007. But market performance remains volatile, as “investors don’t give them the benefit of the doubt because of their track record over history,” said Scott Krasik, analyst at BB&T Capital Markets.

However, Sam Poser, analyst at Sterne Agee, noted, “Actions such as taking distributors in-house, creating license agreements, expanding the [product range] and geographic expansion are beginning to turn Crocs into a legitimate brand.”

Here, McCarvel discusses what went wrong back in late 2007, the company’s climb to the present day and how Crocs plans to hit its next billion dollars in revenue.

What were the biggest missteps with the business and what lessons did you learn?
JM: We just weren’t disciplined in our distribution strategy. We didn’t have segmentation by channel, and that led to the idea that we just sold everything to everyone. That [happened mainly in the] U.S., and probably half our problem in Europe was also associated with [it]. We’ve all learned it takes multiple years to build the brand and create the right kind of brand awareness with consumers. We got spoiled at the beginning because we had this product that all of a sudden, in a matter of two or three years, became iconic. Not all things in life happen like that.

What’s the target figure for the original clog’s contribution to the business?
JM: About 30 to 35 percent. We want to keep it alive, but do different things with it because it keeps the Crocs DNA in the design of the product. We also want to be a bigger go-to for women for flats and wedges. And for men, we have more deconstructed styles made with canvas.

What new products are fueling excitement?
JM: We’re building on sneakers, which we started last year. We’re also excited about the Chameleon collection going more mainstream into [retailers such as] DSW and Kohl’s. Our golf line … is up and coming [because] we fit nicely in that casual space, and they’re not traditional leather saddle shoes. You’ll see a lot of comeback this year of some nice wedges and heels. What you’ll see from us all through spring ’12 is not so much the injection-molded stuff but more lifestyle products [made with] a bit more canvas.

Which untapped markets are you targeting?
JM: We continue to build ourselves out as a true brand in China, where our business is still fairly new, comprising about 5 percent of overall business today. There’s plenty of room to grow in Central and South America, and we’re getting to some of the islands this year with the stores. We do really well where it’s warm.

Is Crocs well positioned to weather the inflationary cost environment?
JM: I don’t think anyone in the footwear and apparel industry is going to [emerge] unscathed. It’s going to affect your gross margins and your average selling price over time. We’ve [worked] with our two major Chinese suppliers on strategic initiatives for the next three years [to determine] what’s going to be most cost effective.

What’s your strategy for getting to the next billion dollars?
JM: We can [continue to] grow the business in the 15-to-20 percent range, consistently. That gets us close to $2 billion in the next four to four-and-a-half years. And that’s the easy part; the hard part is maintaining the trajectory. We can get to that point organically [as long as] we’re not going crazy like we were in 2007.

So you don’t intend to acquire new businesses?
JM: I would never say never. But we really like the organic growth, so we put a lot into the product line. We also can do a better job with things that improve the consumer experience, like “buy online, pick up in-store.” [As for] the other brands out there today, [some] are going to either require a financial partner through restructuring or they’ll need someone bigger and more sophisticated than we are. We always get the questions from investors about what we’re going to do with all that cash. We’ll cross that bridge when we come to it.