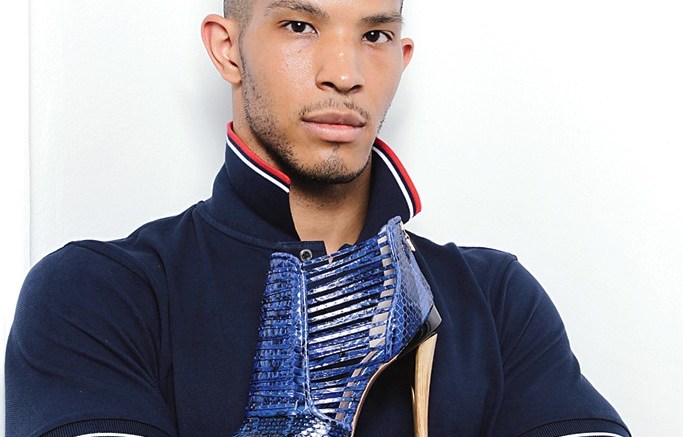 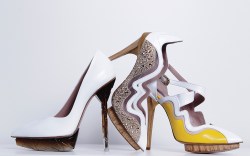 NEW YORK — Courtney Crawford knows firsthand how difficult it can be for a young designer to break in to the footwear industry. But he’s determined to succeed the second time around.

After closing his namesake line in 2010, Crawford has inked a deal with Milan-based footwear licensing company G.L.D.C. The designer will relaunch his eponymous label next month at FFANY for spring ’13.

“It was the right time, right place, right situation, and I said yes,” Crawford said during an interview at the Peter Marcus Group showroom last week. (Peter Marcus Group is partnering with G.L.D.C. to distribute and market the label in North America.)

Crawford, who spent the last two years at Camuto Group working on the Tory Burch line, said the financial backing was critical for him to move forward, and he was candid about the challenges he has faced.

“The economy [tanked] and the first person that retailers chopped from the block was the young designer,” Crawford said. “I was in tears. It wasn’t one of those slow turns, but a dramatic drop off. I had done so well early on and not known that many hardships, so that was a huge learning curve for me.”

With the new support from G.L.D.C., which has a similar deal with Guillaume Hinfray, Crawford is positioning the line as high-end designer.

He said working for Tory Burch taught him new lessons about merchandising and how important it is to give consumers what they want at the right time.

“Do you need a strappy shoe or a bootie for resort? Designing shoes may be functional art, but it’s also strategic,” he said. “I’m grown up now. While I still believe luxury should be the product of the most intense form of creativity that anyone can aspire to have or buy into, I also understand that at the end of the day, it’s a business.”

Crawford’s first collection for the relaunch was inspired by his St. Louis-based mother and titled “Oysters & Bloody Marys.” It features towering stilettos made with leather, snakeskin, satin, Plexiglas and painted leather, as well as Swarovski-embellished ballet flats and sandals. The entire collection is produced in Italy.

“This is a good opening-door collection. You get to see who I am and what materials I like. I want to say: I’m here and I’m going to make some noise,” the designer said.

The goal is to distribute the Courtney Crawford label across major department stores in North America — such as Bergdorf Goodman, Saks Fifth Avenue and Neiman Marcus — and in Europe, Russia, the Middle East and Asia.

Crawford also is eyeing trend-setting independents, such as Colette in Paris, Dover Street Market in London and Quartier 206 in Berlin. “Those are stores you want to help tell buyers everywhere that your brand is special,” he said.

Gladys Cutler, EVP of sales at Peter Marcus Group, said, “The good news for Courtney is that our company has [a stable of] great brands. There’s no major that does not show up here, and there is no major that’s getting out of here without seeing Courtney’s collection.”

Crawford is equally optimistic, though he is starting anew at a time when the economy is still shaky and the euro debt crisis continues.

“I see brands that are not 75 or 100 years old, like Charlotte Olympia and Nicholas Kirkwood, doing well,” he said. “It really depends on how fresh you are and how strong the point of view of the designer is.”