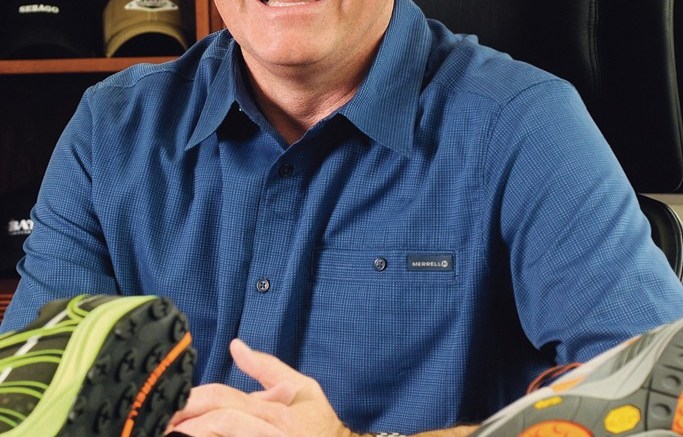 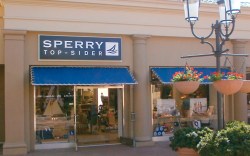 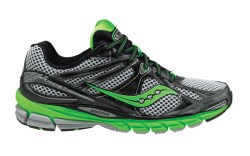 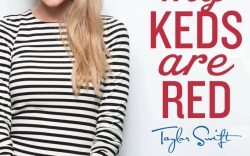 No stranger to acquisitions, Wolverine World Wide Inc. took its business to new heights with this year’s blockbuster buy.

The $1.24 billion deal for Collective Brands Inc.’s Performance & Lifestyle Group was nothing short of “transformative,” according to Blake Krueger. “For us, that’s the word that describes our year,” said the Rockford, Mich.–based company’s president, chairman and CEO. “Our sales increased 75 percent to 80 percent overnight.”

With 16 labels now in the fold, annual revenues at the firm are believed to jump to $2.5 billion from $1.5 billion. The company will now produce 100 million total pairs of shoes and apparel units every year.

“We’re now one of the largest footwear companies in the world,” Krueger said.

The Collective brand roster, which includes Stride Rite, Saucony, Keds and Sperry Top-Sider, gives the company a dramatically increased presence in the women’s, athletic and children’s markets, and rounds out Wolverine’s focus on the outdoor, men’s and work segments.

“The PLG acquisition really dovetailed into [our strategy] quite nicely,” Krueger said. “It’s a very complicated business model. But on the other hand, it takes risk out of the equation. We’re not dependent on any brand, trend, country or region to succeed.”

While Wolverine’s business hasn’t been immune from the weakness in the European market, the company still had a solid year. Its Outdoor Group is up single digits, and the Heritage Group has seen sales grow in the double digits. All told, the firm expects full-year revenue for the core brands to hit $1.43 billion to $1.44 billion.

But while the core business remains a big focus, the PLG purchase has dominated the conversation. The deal, which was almost a full year in the making, wasn’t a risk-free acquisition: Wolverine is financing it with $1.28 billion in debt.

“It’s unusual to buy a company that is of nearly equal size,” said Christopher Svezia, an analyst with Susquehanna Financial Group.

Still, Svezia hailed Wolverine’s track record, noting that the company has been one of the most active footwear acquirers over the years. For example, Merrell, which it bought in 1997, is now on track to be Wolverine’s first billion-dollar label. “They execute well in a multibrand strategy, and they’ve bought a company that still has lots of growth opportunities,” the analyst said.

Mark Koppes, VP of merchandising for Park City, Utah-based Backcountry.com, agreed: “There’s nothing like having an enormously powerful powerhouse run a business.” He added that the e-tailer has already seen success with Wolverine labels such as Patagonia Footwear and Chaco.

“They’ve done a really nice job of managing their brands as entities and not losing the edges of each one,” Koppes said. “And that consistency of flavor is really important to anyone in retail. We love strong brands.”

Now Krueger and his team are focused on expanding the company’s newest labels. The CEO explained that growing the PLG properties globally using Wolverine’s network of distributors represents a huge opportunity.

“[The brands] have some great overseas partners, but overall, international was a pretty small part of the mix — less than 10 percent,” Krueger said.

More broadly, he noted, “When you take a step back and look from a company standpoint, we can now leverage all 16 of our brands across 200 countries and territories, and focus on those countries and regions more strategically and leverage the power of our portfolio.”

Observers are particularly upbeat on Saucony and Sperry, two brands that have been standouts in the marketplace.

“Saucony makes a lot of sense with Wolverine’s existing portfolio, and now that [Merrell] has been broadened with an overall minimalist perspective, the two of those brands meld very well,” said Mitch Kummetz, analyst with R.W. Baird & Co.

He has an equally optimistic outlook for Sperry. “There are definitely trends in boat shoes, and Sperry is the leader [there] — and I don’t think we’re in the ninth inning [for them],” Kummetz said, citing growth in non-boat shoe categories as well. “As good as Sperry has been this year, it will be better next year.”

At Keds, which has struggled to make a comeback, a number of new initiatives are already in place to improve its performance, including a high-profile marketing deal with music sensation Taylor Swift and several product introductions, such as a collaboration with Kate Spade.

Finally, at Stride Rite, Krueger said the turnaround plan implemented a few years ago has begun to bear fruit, putting Wolverine in a good place to leverage Stride Rite’s deep roots in the kids’ market.

With these initiatives in place, Krueger is upbeat about the future.

“I feel better about the opportunity today than I did when we closed last month,” Krueger said. “Despite some of the macroeconomic conditions, I’m very optimistic about 2013.”

The company’s new brand partners are sounding positive as well.

“It’s good to be in the Wolverine family,” said Saucony President Richie Woodworth. “They’re really nice people, and they have a real affinity for all the [PLG] brands. There’s a lot of hope that we can learn from each other.”