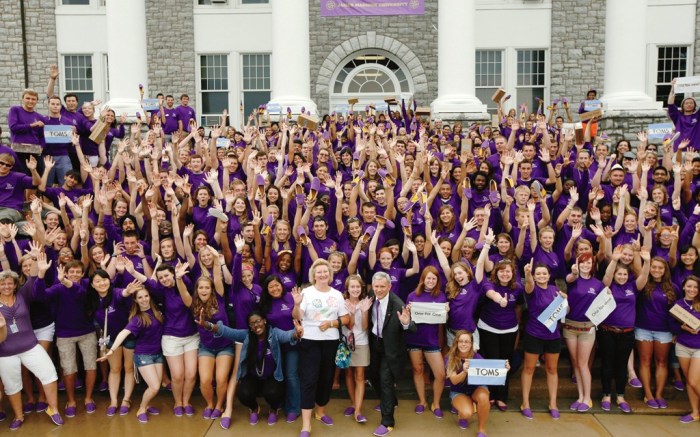 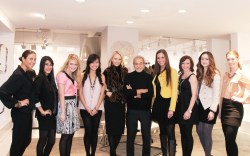 The college crowd is an increasingly attractive demographic for footwear companies, particularly since the population is growing rapidly. A record number of 21.6 million students enrolled in a U.S. college or university this fall, according to the National Center for Education, and many are ready to spend.

“One thing students are armed with, which is critical, is a credit card,” said Alison Paul, vice chairman of U.S. retail for Deloitte. “Most college kids have them, and they have both the inclination and the means to be serious shoppers.”

Leah Robert, SVP of marketing and licensing for Camuto Group, noted, “The initiative for a number of companies, and certainly for us, is to capture these fans while they’re younger, in college and have disposable income.”

In terms of tactics, it’s no surprise that many firms use Facebook, Instagram and Twitter as the primary tools to reach coeds. “They’re so much more connected than other demographics and consumers,” said Mike Gatti, executive director of The Retail Advertising & Marketing Association. “They have much more reach when making buying decisions because it’s not just the people with them in the store, it’s all 100 of their friends on the social networks.”

Camuto Group, for one, is relying heavily on Facebook to court college students. After rolling out a targeted Facebook marketing program last fall at 10 universities — from Vanderbilt to Arizona State — the company is expanding the initiative to 55 campuses this academic school year. One of Camuto’s best-received efforts was a photo contest on Facebook called “Interview Style 101,” where students submit photos of themselves in their best interview outfits.

There have been other benefits along the way. With a goal to more than triple its following on social media platforms, Camuto has used information gathered from the college program to help shape marketing efforts targeted at other demographics.

Social platforms have been a learning tool for other brands, too. Sperry Top-Sider’s VP of marketing, Karen Pitts, said that opening up the lines of communication is crucial to getting an honest reaction about what tactics are working.

“College consumers are accustomed to giving feedback to brands and voicing their opinions on any range of subjects,” Pitts said. “Social media allows a two-way conversation and helps us learn and adjust in real time what kind of content they want from Sperry.”

Pitts added that a key to effectively implementing social media is to interact with consumers as much as possible. “They expect to engage with brands on Facebook and Twitter, but they reject the one-directional communication found in traditional advertising,” Pitts said.

That’s why Havaianas found it most effective to partner with instrumental blogs such as The Man Repeller and Nitrolicious on giveaways and cross promotions. “College students present a huge market to capture, but the challenge is that they tend to shop more on impulse rather than need, so they’re very fickle,” said Havaianas senior marketing manager Christine Su, adding that influencers such as Man Repeller’s Leandra Medine often fuel sales.

Other brands are looking beyond the Web, relying on more grassroot events to drive awareness and sales. Mobilizing college students to become brand evangelists has proven valuable for Toms Shoes. “A lot of brands do it top down, but I’m not sure how students respond to that,” said Doug Piwinski, SVP of marketing for the firm. “For us, it’s been a more hands-off approach. We get real brand loyalty that way because college students can sniff out if they’re being sold to or if they’re being marketed to too heavily.”

The company oversees a network of more than 2,000 Toms campus clubs at various colleges, universities and high schools across the country. Each club, founded by a student from that particular school, holds Toms Shoes-related events throughout the school year, including fashion shows, shoe drives and on-campus movie screenings. “These students, for lack of a better term, are basically brand ambassadors who want to tell people about Toms,” Piwinski said. “The key for us has been to let students self organize, come up with the brand ideas and not manage them too tightly.”

As brands target more college students, retailers also are cashing in. “When the college kids are back in town, the dynamic of the city changes pretty drastically [this time of year],” said Jay Gordon, owner of sneaker shop Bodega in Boston. “We’ve absolutely seen a big spike in traffic this month because a lot of kids are new to the city and they want to explore all the shops.”

Saxon Shoes President Gary Weiner said sales in August and September were very robust for his Virginia-based stores near the University of Richmond and Virginia Commonwealth University, and October numbers are on track for a double-digit uptick. He noted brands such as Toms, Sperry and Frye are some of the hottest sellers among that demographic.

In Berkeley, Calif., Bows & Arrows owner Jerry Harris, whose store sits two miles from the University of California Berkeley, said retro running silhouettes from Nike and New Balance are selling briskly now that school is back in session.

For Harris, putting together the right mix is crucial to making the sale. “The way a lot of young people shop now is that they don’t come in and shop everything we have,” he said. “They’ll look for something specific that they saw on the blogs, and if we don’t have it, they’ll go buy it online.”