Christopher Ciccone Opens Up About Launch 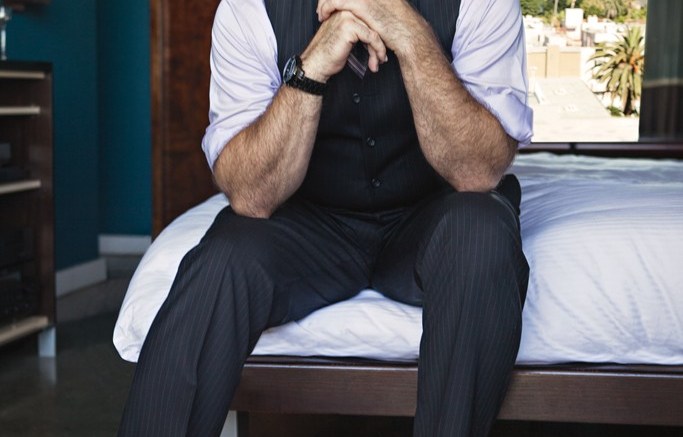 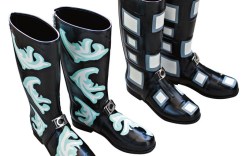 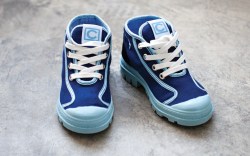 Christopher Ciccone understands why some might consider his move into footwear a little unconventional.

“Obviously, there will be a number of people wondering what the hell I am doing [designing] shoes,” said Ciccone, who spent much of his career working for his famous sister, Madonna, as a backup dancer, stylist and artistic director.

“The closer we get to London, the more anxious I get,” Ciccone told Footwear News about his Sept. 14 footwear debut during London Fashion Week. “But it’s going to happen and I’m going to make sure I enjoy the process. [However], the thing that concerns me is the legitimacy factor.

“It’s a lot of pressure. Madonna will always be my sister. At some point, though, I would like to be able to pick up [a news story] that says, ‘Christopher Ciccone, footwear designer,’ instead of ‘Madonna’s brother designs footwear.’”

Ciccone’s move into the business comes after Slovakian shoe company Novesta, which specializes in rubber fabrications, approached him last year to produce a line for men, women and children.

At first he rejected the proposal, but the idea was too good to pass up.

“I said, ‘I’ve never designed a shoe before and I can’t imagine what that would be like,’” he recalls. “[But] it really didn’t take long until I got to the point where I thought this is something that is not that crazy. What I really do well is designing things for people to live in or perform in, and that’s footwear.”

Ciccone said he spent time preparing for his collection by studying the manufacturing process, as well as the use of rubber in shoes. Then, he turned to painters such as Georgia O’Keeffe for inspiration.  In fact, O’Keeffe’s 1936 painting “Deer’s Skull with Pedernal,” which depicts the skull and antlers of a deer, directly influenced The Ciccone Collection logo.

“To me, it means sort of a rebirth, and that’s what this is,” the designer explained.

Ciccone also called upon friends and designers John-Paul Gaultier and Esteban Cortazar for advice on launching a collection. “I spoke to them about the process of running a brand and what you need to do,” he said.

Ciccone is determined to offer a design-driven line that is rooted in practicality. “For my first collection, I didn’t want to go completely crazy,” he said. “I wanted to establish the brand with classic styles such as wingtips and rainboots and sneakers. I wanted to take familiar styles and use unusual materials to make them.”

The designer also tried to avoid making the shoes unattainable. “I was dead set against creating something that cost $500 a pair,” he explained. “I won’t even spend that much on a pair of shoes.”

The line is expected to retail from $200 to $250. While retailers have yet to view the collection, Ciccone said he sees it fitting in well at department stores including Nordstrom and Macy’s. “It’s definitely a mid-level brand that is not out of reach for most people,” he said.

Ciccone has already begun thinking about his second season and the evolution of the line, including women’s heels. And he also plans to expand the brand into a full-fledged lifestyle label that will eventually include accessories, outerwear and home goods.

“That’s the goal,” he said. “I purposely chose the name The Ciccone Collection so as not to pigeonhole it into just footwear. This is bigger than that and there is a lot more to come.”

Part of his growth plans include the debut of a Prague-based retail store slated to open before Christmas. Also in development is the advertising campaign for the line, which he hinted will be provocative but also have a sense of humor. “I’ll try to push the envelope, like a Ciccone would,” he said. “It’s just part of our DNA.”