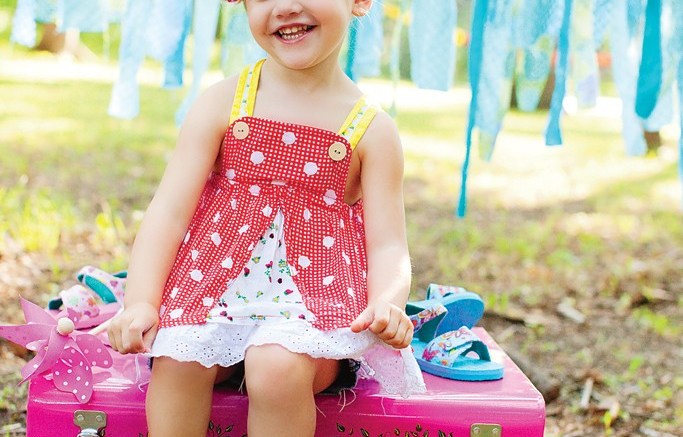 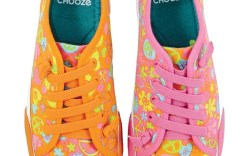 With just a year under its belt, Chooze looks to carve out a larger market for its quirky collection of mismatched designs. Since its introduction, the Dallas-based brand has cracked more than 500 retail accounts, including Dillard’s, REI, Olly Shoes and Piperlime.com. Now the company is broadening its product offering and planning a global rollout — all with its original philanthropic focus.

“We’ve made a lot of strides in our first year, despite launching in a difficult economy,” said Sharon Blumberg, Chooze’s founder and president. “Retailers don’t have many dollars for new brands right now, but they are looking for things that are unique and different. [In that sense], the economy has actually been an opportunity for us.”

REI already has had success with the line, priced from $45 to $60. The outdoor chain began testing Chooze shoes in select stores late last year, and based on the positive response, rolled out the line to all 130 locations. “Sell-throughs have been strong and continue to increase as we invest in more inventory,” said Denise Friend, REI’s footwear product manager. “The simple styling and mismatched patterns seem to resonate with kids.”

Chooze first launched with printed fabric Mary Jane and ballet shoes on rubber bottoms and has since expanded with flip-flops, vulcanized sneakers and boots. For spring ’13, the brand has added wedges and several sandal styles, and Blumberg said fall ’13 will bring more product additions. The brand is developing looks using new upper materials and bottoms, as well as more rugged, performance-driven items.

Chooze also will move into categories outside of shoes. Although she declined to reveal details, Blumberg said the new segments would be “natural extensions from footwear and continue our concept of two prints that are matched but never the same.”

Meanwhile, the company is looking to tap into demand in the women’s market. While Chooze was originally created as a children’s brand, immediate requests from moms and teens prompted the label to offer shoes in adult sizes following its launch. The selection includes both kids’ patterns taken up into larger sizes, as well as women’s-specific styles. “Women’s now accounts for 25 percent of our sales, and we’re definitely taking that seriously,” Blumberg said. “We plan to expand our assortment, focusing more on [dedicated] women’s styles that still feature fun, colorful prints.”

Expanding its international distribution is another key focus for Chooze. The brand has entered Canada, Mexico and Guatemala. Other target markets include additional parts of Latin America, as well as Asia, Europe and Australia.

Chooze has been particularly popular in Guatemala, prompting its local distributor to open a standalone store this past spring in Guatemala City. Its success has the brand mulling its own move into retail. “Opening our own stores is something we would definitely consider, especially as we expand into more product categories,” said Blumberg.

As the company grows, it aims to promote its philanthropic mission. Chooze partners with Good Returns to invest its profits in programs that provide training, support, education and loans to women so they can start their own businesses and lift themselves out of extreme poverty. The loans are to be paid back after one year.

After its first year, Chooze made its first investment: funding 100 loans to impoverished women in the U.S., Haiti and the Dominican Republic. “We’re excited about what these loans can help achieve,” Blumberg said. “As we grow and expand, we hope to provide financial assistance to many more organizations.”

The brand also hosted a charity-driven design contest earlier this year, inviting kids to create an original print for a Chooze shoe. The winning design — a pattern of handprints and footprints created by a 12-year-old Guatemalan girl — will be put into production for spring ’13, with a portion of the proceeds going to Soles4Souls’ micro-enterprise program. Blumberg said the goal is to make the contest an annual event.

Monica DeVreese, owner of Santa Barbara, Calif.-based Kids Corner, which started selling Chooze for spring ’12, said the brand’s philanthropic mission appeals to moms. “It resonates in a positive way,” DeVreese said. “Storytelling is an important part of brands being successful in our store, so we make sure to [talk up Chooze’s charitable efforts] at every available opportunity.”

Spreading that message to kids is important, too, Blumberg said. “Kids are the future, so we want to get them engaged in our brand and what we’re doing. We want to encourage kids to think differently and change their perspective.”