Can Under Armour Win in Running? 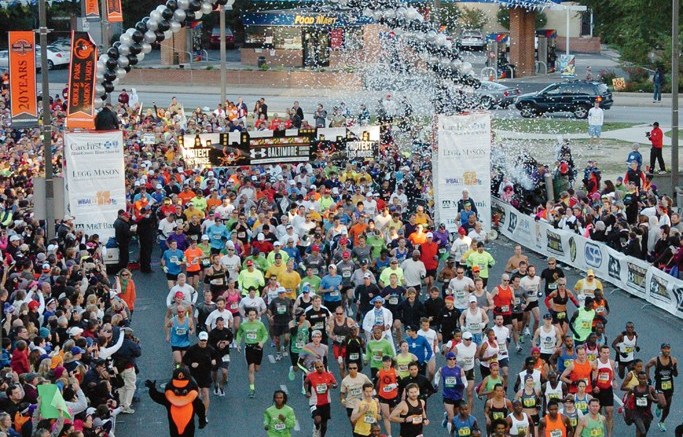 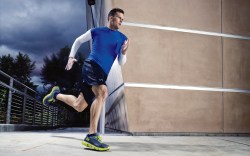 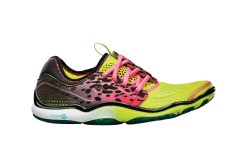 Does the running market have room for Under Armour?

The Baltimore-based athletic powerhouse, known for its compression apparel, hopes so. During the past 12 months, the brand has solidified its push to capture more of the running business with new product and athlete-driven ad campaigns. And after its initial footwear offering fizzled in 2009, Under Armour overhauled the line, putting a premium on fast, technical shoes. But in a crowded marketplace filled with experienced brands at the top of their game, retailers said Under Armour will have to prove itself to runners.

For spring ’13, the brand has organized its running collection into three silos: Fast, for lightweight neutral product; Natural, for more minimal looks; and Far, for distance styles. Key launches for the season will include the Toxic 6, an ultra-lightweight, fast running style with asymmetrical lacing and a neoprene upper; and the next evolution of the Charge cushioned neutral trainer, the Charge 2. (The Charge RC was one of the two running styles the brand launched in fall ’11 when it re-entered the category.)

“At Under Armour, we’re about creating efficient product, and efficiencies come from better fit,” said Dave Dombrow, senior creative director of footwear for the brand. “Performance fit is going to be our claim to fame, and that really goes back to our apparel. We’re leveraging our DNA.”

In addition to infusing Under Armour’s compression and fit story into the footwear, Dombrow said the shoe team also is targeting runners with refreshed aesthetics.

“We skew younger at Under Armour, and younger means color, so that’s definitely going to be a major thing going forward,” he said. “But it’s not just about footwear. If you look at where we are, there are some similarities in [the whole] line — and they’re very clean and they’re very bold.”

At Boston-based City Sports, Under Armour is still a smaller niche sneaker brand, but it has made big gains, said footwear category manager Brian Trask. And the label’s heritage in fitness and training — showcased in its “This Is How We Run” campaign — resonates with the retailer’s fitness-focused urban consumers.

“Under Armour has the audience’s attention with what it’s been doing for the last year,” Trask said. “It has a real challenge in cracking the [business of traditional] specialty run brands, but it has established that it is a running brand.”

Maintaining a unique point of view will be critical, added Matt Lucas, president of the nine-door Luke’s Locker chain based in Dallas. “We don’t need another me-too brand, and it makes a lot of sense for Under Armour to be developing its own [perspective],” he said. “It has a vision with its footwear, so it needs to stick with it and see where it [goes].”

Jeff Morrell, VP of footwear at Indianapolis-based athletic chain Finish Line Inc., said Under Armour’s new direction is the right start, and the visible technology on its Spine lightweight performance styles has been especially good for the market. “What Under Armour has been doing with new colors and uppers and materials is great,” Morrell said, “but it needs to continue to innovate platforms. It’s not a big business today, but we do believe as we move forward that it should be doing a lot of business.”

A focus on technical product is key to landing influential independent running accounts, but some retailers said it might not be enough.

John Clark, footwear buyer for Anchorage, Alaska-based Skinny Raven, said that after poor sales on disappointing product from the 2009 launch, he’s unlikely to bring back the brand. “[Under Armour] didn’t understand specialty, and it was not doing the type of work to invest in the business on a consistent basis,” he said. While big-budget ad campaigns might move the needle in other channels, he added, grassroots efforts such as races, fit clinics and a dedicated technical rep force to train salespeople make more of a difference to stores like Skinny Raven. “We’re already selling [plenty of] shoes, so we need to know what you are going to do to drive business to doors, to make the product special.”

Dombrow noted that Under Armour is aware it will need to improve its approach to further penetrate the specialty channel, and as a result it has added more dedicated sales reps. But, he added, such a strategy would have to be balanced with the brand’s other interests.

“[Specialty] is very important to Under Armour, yet we have a few other things that are of equal importance,” he said. “You have to make certain they’re getting everything they need from you, and we’re servicing them at the highest level.”

Part of Under Armour’s strategy will involve making sure those retailers have certain styles before the wider release.

“If the demographic and the target [for an item] is more toward specialty, we will definitely do a staggered release and make sure the proper influencers have it first,” Dombrow said.

But, he added, to achieve Under Armour’s goals for growth in running, the firm has a ways to go.

“[We believe we’ll be] jumping into those top-tier spots [in the market] in the next year or two,” Dombrow said. “We fundamentally believe that’s going to happen by 2014. We think we’re going to make up huge ground in 2013. We have a very strong 2013 line, and we’re going to come out and surprise a lot of people.”