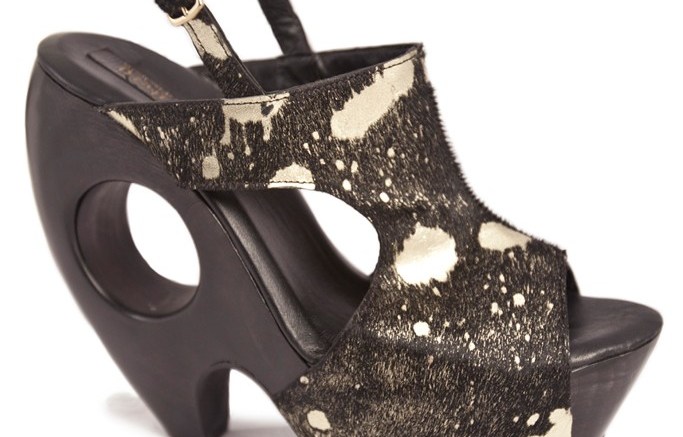 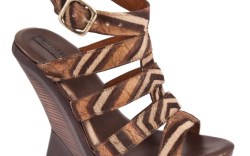 High-end footwear designer Calleen Cordero is upping her game with a couture collection for fall ’12.

The new line, which has a streamlined name, Cordero, will debut at ENK in Las Vegas in February. Produced at Cordero’s North Hollywood, Calif., factory, the luxury offering will feature about 25 women’s footwear styles, including handcrafted wedges, platforms, boots, clogs and a variety of other constructions in leather, woven fabrics and wood.

The line, retailing from $700 to $900, will hit shelves at the Calleen Cordero boutique in Los Angeles in March or April and subsequently become available at 15 to 20 select high-end boutiques and luxury department stores.

“I have the capacity to compete in [the luxury] market,” Cordero said, adding that she expects the shoes, which include one style embellished with a pyramid crystal hand-cut in Brazil, to be red-carpet worthy. “I want to make [Cordero] super-special, and no one else out there is going to have the same thing.”

The designer said a summer 2011 move to a new factory (upgrading from 6,000 square feet to 10,000 square feet) gave the company space to develop the new line, as well as to build its first showroom and start flying in clients for custom fittings.

“The couture collection will reach a customer I’m not currently reaching,” Cordero added. “There are a lot of signature looks that I want to go after that I can’t put into [the] Calleen Cordero [label]. The Calleen Cordero customer doesn’t want a show-stopper shoe; she wants something practical.”

The designer will continue the existing Calleen Cordero label, which launched in 1999 and retails from $350 to $600, and Cordero hinted she might have yet another collection on the horizon as well.