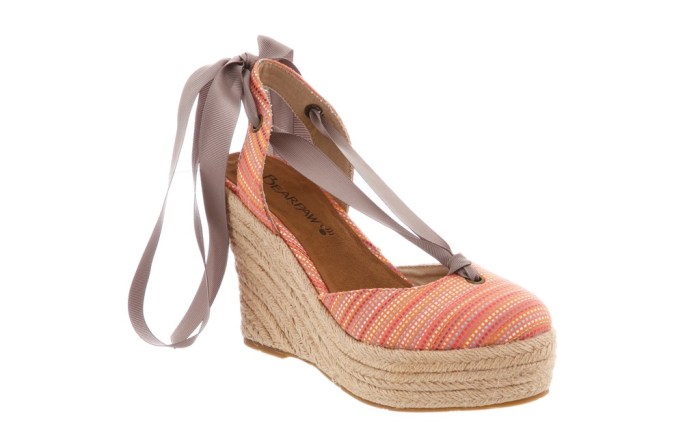 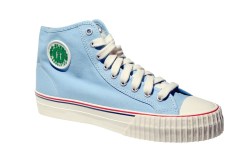 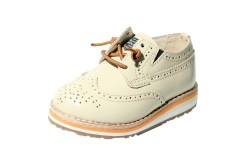 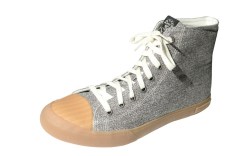 Off Trail
Bearpaw is laying down new tracks. For spring ’13, the Citrus Heights, Calif.-based boot brand is introducing its first non-boot lines, consisting of the Espadrille Collection (at left), Slip On Collection, Flat Collection and Compass Collection of hiking and water-inspired shoes. The label began testing other footwear categories for spring ’12 with flip-flops. After a positive response, it moved forward into the new categories.”We wanted to give our consumers something to wear when they’re not wearing our boots,” said Randy McKinley, VP of global marketing at Bearpaw. Shoes in the new collections average $50.

In Flight
Designer Mark McNairy has struck another collaboration deal. The designer teamed with PF Flyers, a division of Boston-based New Balance, for two spring unisex sneakers inspired by the brand’s signature silhouette.”PF Flyers was one of the first pair of sneakers I had as a kid when I was 6,” McNairy said. He added that he will remain true the label’s roots but has taken liberties on the high-top style by adding the letter R on the right shoe, and L on the left. Retailing from $70 to $100, the sneakers deliver in January and February.

Kid Power
Royal Elastics is making a bigger footprint in the children’s market. This spring, the Los Angeles-based firm will round out its offering of kids’ vulcanized looks with a pint-sized series of classic bucks and wingtips. Included in the offering is the Austin wingtip (below, left) and the Oxford laceup, both featuring welt stitching and tricolor bottoms. Staying true to the brand’s concept, elastic laces make tying unnecessary. Available in infant to boys’ sizes, the looks retail from $40 to $70, with delivery slated for January to independents and specialty stores.

Team Work
Santa Barbara, Calif.-based SeaVees has teamed with New York-based designer Todd Snyder for two styles this spring. The designer, formerly with J.Crew and a fan of the brand, collaborated on a capsule men’s collection that updates SeaVees’ Army Issue sneaker style. The series includes a low-cut and high-top style (below), both featuring natural gum soles. Available in a range of colors and patterns, including olive drab and herringbone, the shoes retail from $125 to $135. Delivery is set for March, with distribution focused on both SeaVees’ and Snyder’s accounts.