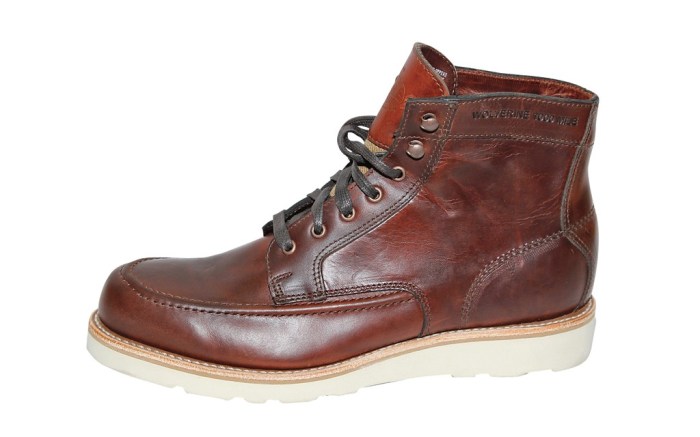 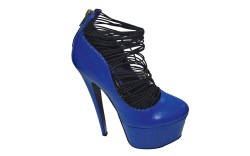 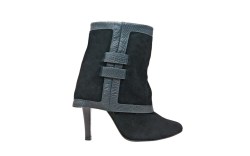 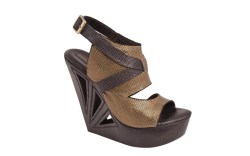 Old Timers
Wolverine is highlighting its 125-year history this fall by teaming up with another venerable name — the century-plus-old outdoor brand Filson — to create two styles of men’s boots under its 1000 Mile label: the Emerson, a 6-inch wedge style, and the Rowan, an 8-inch leather and canvas wedge boot. The Goodyear-welted boots are made of Horween leather and are produced in the U.S. Set to deliver in August, they both retail for $425.

London Calling
Zigi NY has two new offerings for fall ’12. First launched more than 20 years ago in the U.K., London Rebel comes to the U.S. distributed through Zigi. The line will include about 50 styles, featuring mostly neutral tones with touches of antique hardware, plus a selection of bright colors and funky prints. London Rebel, which is produced in India and China, will retail for $39 to $79 in department stores and specialty boutiques. At the same time, sister label London Trash (pictured) debuts with edgier styles made of leather, bright suedes and pony hair. The line of 75 styles was produced in Brazil, Mexico and China and will retail for $99 to $169. The brand is targeting department stores and online retailers.

Hello Bello
Babi Bello’s eponymous women’s line is coming to the U.S. this fall. The urban-inspired collection of Brazilian-made leather heels, boots and flats launched in Australia last year. Bello, who previously designed shoes for Kenneth Cole in New York, said her company is targeting fashion-forward West Coast boutiques and e-commerce sites for its first Stateside foray. Expansion here, Bello said, was a logical progression for her brand. “The U.S. is a major player in the global fashion market, and with Babi Bello drawing influence from modern-day life in cities such as New York and Miami, as well as my professional and personal history in the U.S., we see it as a natural market,” she said. The line of heels, boots and flats is priced from $160 to $270 and will be available at a variety of West Coast stores starting in July.

Couture Club
Calleen Cordero is headed upmarket for fall with a couture collection called Cordero. The line is a departure for the designer, whose signature look typically features studs, metal work and other hardware details. Cordero takes a more fashion-forward approach with higher heels, exotic prints and woven fabric uppers, handcrafted at her North Hollywood, Calif., footwear factory. The collection also stays true to Cordero’s commitment to environmentally friendly and sustainable artisanal techniques and materials. The line will be sold at select high-end boutiques, including Amaree’s in Newport Beach, Calif., Maxfield in Los Angeles and Jeffrey in New York. Shoes in the collection will retail for $700 to $900.