Business Heats Up for Ash 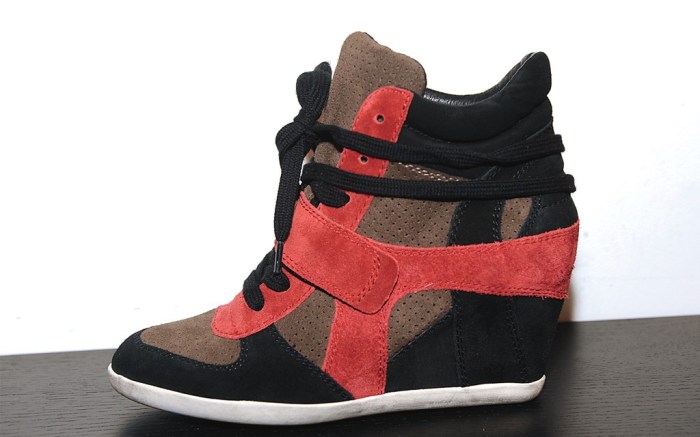 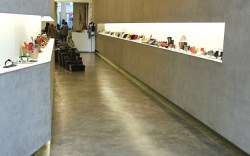 NEW YORK — Business is heating up for Ash Footwear International.

An expanding product mix and sought-after sneaker styles are helping fuel the Italian brand, which launched in 2000 and has had a presence in the U.S. since 2003.

“Business overall is increasing dramatically,” said Rob Perschino, VP of Highline United LLC, which took over distribution of Ash in 2009. While the company does not reveal specific numbers, Perschino said Ash’s sales percentages have grown in the double-digits each of the last two years.

Women’s footwear is at the core of the brand’s mix, which retails for $200 to $400 at major department stores and boutiques in 38 countries, in addition to its own 11 stores in eight countries. (Ash also makes handbags, a small men’s shoe line and two newer categories: outerwear, which launched last year, and kids’ boots and sneakers, bowed in 2010.)

Perschino said the label’s growth in the U.S. has stretched across all its categories, but the hot fashion sneaker trend has given a major push to both sales and visibility.

Leonello Calvani, who co-founded Ash with fellow designer Patrick Ithier, said Ash’s sneakers have been successful because they reinterpret a type of shoe that has always been in style but was previously relegated to the athletic sphere.

“Patrick and I have taken that concept and adapted it to the various moods, [such as] rock and country, that comprise Ash and our inspiration,” Calvani said.

The brand’s Bowie sneaker, in bright suede and canvas with a hidden wedge, is its current top seller. In fact, some retailers, including Shopbop.com, often have waiting lists for the style. “It constantly sells out,” said Shopbop DMM Darcy Penick, adding that Shopbop has carried Ash since 2007.

“We always look to offer our customer the latest on-trend fashion, and Ash is one of the first brands to represent the sport trend, which has been predominant this season,” Penick said. “ [The Ash sneaker] is the season’s must-have accessory.”

Neiman Marcus VP and DMM Julee Butler said the retailer has stocked the label for three years. “Ash offers great contemporary fashion for the casual lifestyle needs of our customer,” she said.

Hot as the sneaker category might be, though, it’s not without its challenges. With more labels producing fashion-sport styles, competition is a concern, Perschino said. “We certainly are seeing more and more brands creating fashion sneakers today,” he said. “The biggest issue is design and making sure your design is on trend and developing great product. Today’s consumer has to be surprised when she comes onto the shoe floor, and there has to be some sort of emotion to it.”

Beyond sporty styles, Ash also is having success with its branded retail stores. The first U.S. door opened in Manhattan’s Soho neighborhood in May 2011, and the concept — with clean geometric shapes and minimalist décor — will carry through to all its stores going forward, according to Josy Pintrand, Ash’s director of retail for the U.S.

The brand plans to bow more stores in the States in the near future. Though executives declined to reveal a timeline, they listed Los Angeles and Chicago as possible locations.

As of now, Europe remains Ash’s main market, with two new branded boutiques set to open in Milan and Madrid this year. But Joyce said the label plans to continue to increase its presence in the U.S., not only via retail but also with product expansions, including more outerwear and a new apparel line that is in the works.

“The North American market is just starting to catch up, and our goal is to work with our partners and build our business with our [current wholesale partners] — and not to diffuse the brand,” Perschino said. “Then, as we start to develop the collection, we will start looking for opportunities to become a lifestyle brand.”