Brian Atwood on His New Deal 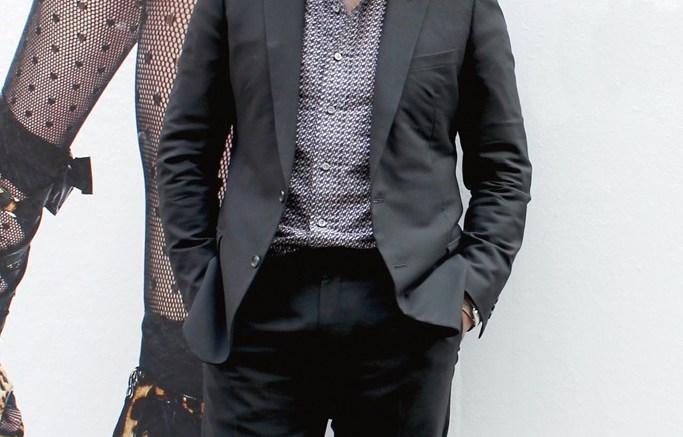 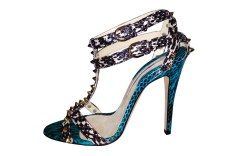 Brian Atwood has always had ambitious plans for his fashion label — and now he can make his original vision a reality.

“This brand has been my baby for 11 years. I’ve been nurturing it with clarity and discipline and doing it how I wanted to do it,” the designer said with palpable excitement, in an exclusive interview with Footwear News last Wednesday, two days after revealing his new deal with The Jones Group Inc. “But after I realized where I wanted to take it, I knew bringing on a partner made sense.”

The company, which was already working with the designer on his B Brian Atwood contemporary line, has been actively snapping up high-end footwear players. (Jones acquired a majority stake in Stuart Weitzman in 2010 and British retail giant Kurt Geiger last year.)

“The accessories category has been incredibly resilient,” said Richard Dickson, Jones’ president and CEO of branded businesses. “Our continued [strategy] is to find stories and brands that have precise DNA and a reason for being.”

Atwood fit that criteria perfectly, according to Dickson. “Brian knows exactly who he is and who he isn’t. That’s the most important ingredient in terms of true global branding,” he said.

Jones and Atwood are forming a joint venture, which will own the intellectual property rights of the Brian Atwood brand and existing licenses. Jones will own a majority of the business, while Atwood will retain an ownership stake. Financial terms of the deal were not disclosed.

With Jones’ backing, Atwood — who is beefing up his staff — can forge ahead with several major growth initiatives, including retail expansion.

This fall, he will debut his first boutique, on Madison Avenue in New York, and he hinted at more openings here and overseas.

Also look for the designer, who launched handbags earlier this year, to gradually enter new categories — with apparel, jewelry and fragrance all on the agenda. Another priority: bolstering the B collection, which has been one of the most successful footwear launches of the past few years.

All told, “this is a small business with enormous opportunity,” Dickson said. “But we’re in it for the long haul and we will manage the expansion carefully [versus going after quick sales]. We want this to be a brand with longevity.”

Here, Atwood talks about the road to the deal, the challenges along the way and his big plans for the future. “It’s going to be a year of many firsts for me,” he said. “We have a lot of surprises in store.”

How long has the Jones deal been in the works?
BA: We were dating for a while before we got married. It’s nothing that happened in six months; this was something that took a while. There was compromise on both sides, and it was deal that had to be done perfectly. But we believed we were going to get it done and, in the end, we did.

Why was now the right time to pursue a deal?
BA: In the past, we’ve had other large investors in both Europe and the U.S. But it was never the right fit. It wasn’t until I started working with Jones on B that I actually thought there could be a “perfect” partner. I had never been involved with such a huge corporate giant, but once you get inside, [it starts to feel smaller]. The people at Jones are intelligent, they move quickly and they like to get things done. They know how to build a brand and they understand brand integrity.

What, specifically, will Jones help you accomplish?
BA: When you’re in a small company, you wear many hats. When I started, I said, “I’m just going to design,” and I only had time to do that 15 or 20 percent of the time. The rest of it was spent managing the business. Having Jones’ operational and financial support behind me will allow [my team and me] to focus on design.

How significant is it for you to open your first retail store?
BA: It’s a huge step. When you have your own store, people can experience every detail of your vision — what it looks like, what it smells like, what people in the store are dressed like.

Do you expect to announce other openings soon?
BA: For sure. My life is divided between America and Europe. Asia is also important. So this is not only about New York or the States.

Can we expect to see Brian Atwood apparel soon?
BA: Right now, the focus is on shoes and the handbag collection. But I started in apparel and I would love to get back into it. So in the future, it will certainly be part of the brand. Anything that fits within the DNA, whether it’s perfume or jewelry, could be possible.

How do you plan to develop the B business going forward?
BA: We are working on some new things with B at the moment. We haven’t gotten them right yet. I don’t want to put anything out there that’s not perfect. [Down the road], B will need its own stores, probably downtown. I’ve never thought of B as a lesser brand. The collections are allies.

Let’s rewind a little bit. What would you say is the highest point of your career to date?
BA: Seeing that very first shoe with my name on it.

And the lowest?
BA: There haven’t been any real low points. But production has been a challenge, as it is for many designers starting out. During the recession, especially, people couldn’t accept late deliveries and they would cancel orders.

Celebrity support has been a major part of your success. Is there anyone who hasn’t worn your shoes who you want to see in them?
BA: Kate Middleton. She is chic, young and tremendously influential. It’s not only about what she wears. She and William have brought something modern and fresh into the royal family. It’s nice to see — and the queen adores her!

Many people learned about the store from your Twitter feed. How personally involved are you in the brand’s social media efforts?
BA: Social media makes the world so much smaller. I love sharing inspiration, whether I’m posting a photo on Instagram when I can’t sleep or [tweeting news], such as the recent earthquake in Milan. In two or three seconds, I had responses from other people in the city. I just love Twitter — it’s amazing. I’ll have days where I’ll be on it 24/7. There are limits to what I share, but opening up is really important. And I like to retweet people who really believe in the brand. It makes them feel good.

Eleven years in, what is your biggest piece of advice for young designers?
BA: Have a point of view and believe in it. Surround yourself with people who believe in it. One of the things [the late Gianni] Versace told me is to never compromise my integrity. People aren’t going to love everything you do, but [it’s important] to get some reaction, some emotion, whether it’s good or bad.

Who stands out among the emerging footwear talent today?
BA: I love Tabitha Simmons. I was so excited she won the CFDA award. She’s such a stylish woman. She just gets it. Charlotte Olympia [Dellal] is also wonderful. I just ran into her when I was in London [two weeks ago]. They’re both doing amazing work. There is a great camaraderie among shoe designers, and I couldn’t be happier to be part of the group.