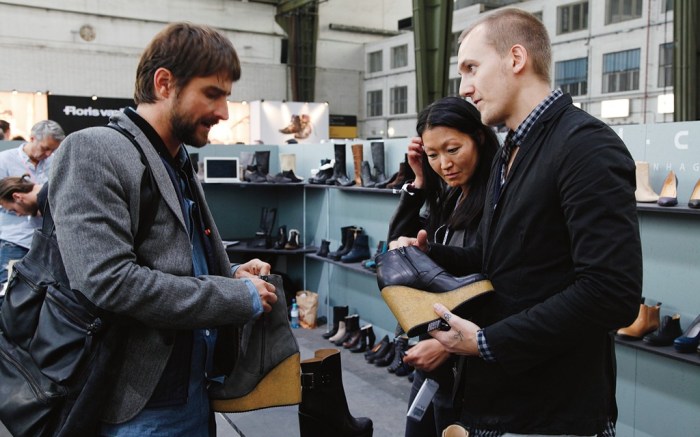 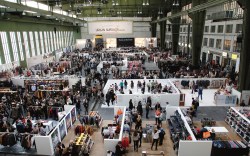 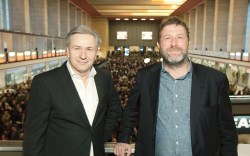 Despite slight declines in buyer traffic from Spain, Italy and Greece, the Berlin-based trade show logged a healthy 3.5 percent increase in attendance at its January edition. And organizers anticipate an even bigger turnout at the show’s spring ’13 event, taking place July 4-6 at the historical Airport Berlin-Tempelhof.

“Considering the difficult economic situation, especially in Europe, we are very pleased with how the show is growing. January was our strongest show since returning to Berlin in 2009,” said managing director Karl-Heinz Müller, who cited heightened interest from areas including Asia, Russia, Scandinavia, the Netherlands, Austria and Switzerland. “More and more, people want to be in Berlin. They recognize the city’s growing importance for the fashion world.”

To reinforce its constancy in the market, Bread & Butter has branded its latest show with the theme “The Rock,” a symbol of stability, Müller said. “Obviously, it’s been a challenging couple of years for the fashion industry, so ‘The Rock’ is meant to communicate that we are steady, that we are here for the future, and that people can count on us to keep looking forward and bringing them new ideas.”

More than 650 exhibitors will be featured next month, with footwear spread throughout the 10 sections of the show, which include Sport & Street, Fashion Now, Denim Base and Style Society. Due to exhibitor demand, both the dressy fashion area Urban Superior and the accessories-focused Treasury section, added last season, will be expanded. “Urban Superior has been especially strong,” Müller said. “In Europe, fashion is much more dressed up, so we’ve had to expand to accommodate the increasing number of vendors in that category.”

Seeking to spotlight denim in a big way, the show will debut the Berlin Tempel of Denim, a roughly 32,000-sq.-ft. area featuring established brands including Joe’s Jeans, Seven for All Mankind and AG Adriano Goldschmied, as well as emerging labels such as 3×1, Kings of Indigo and Momotaro. The area will also showcase new weaving and washing techniques from several fabric suppliers, giving visitors a glimpse into the processes behind manufacturing denim. In addition, a series of what Müller described as “flash mob” fashion shows will be staged in the area, highlighting the different origins and influences of denim. “In the next couple of seasons we’re going to have a very strong denim wave,” Müller said, “so we want to come out and make a big statement. We want to get ahead of the trend.”

In a new change, Bread & Butter is moving its opening-night party, traditionally held in Lunar Park on the Tempelhof grounds, to Cafe am Neuen See, a lakeside beer garden in Berlin’s Tiergarten park. “It’s a great opportunity to show our guests more of Berlin,” said Müller. Other special events include a Sport & Street party, as well as polo matches featuring professional Argentinian players to mark the debut of German label Tom Tailor’s new Polo Team collection.

“We’re very pleased with what we’ve put together for [the upcoming show],” Müller said. “We’ve shifted over some budgets and built some new things, such as the Tempel of Denim. Rather than trying to make too much noise with outdoor decorations and stuff like that, we’re back to focusing on the business. We know people want us to show them something new, so that’s what we’re trying to do.”