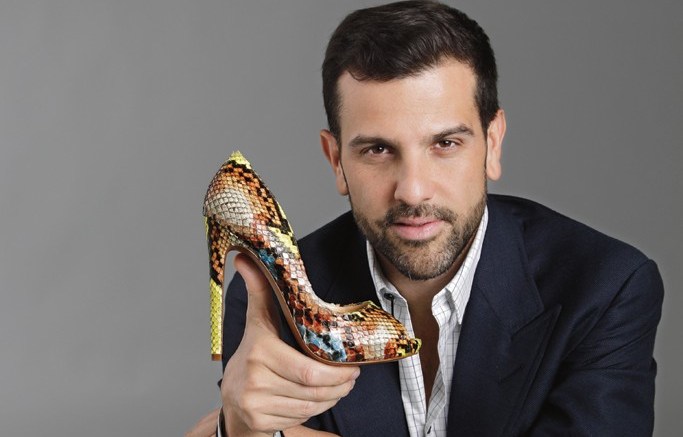 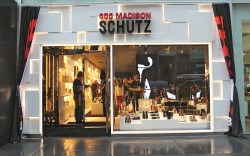 Alexandre Birman has a lot on his plate — and that’s just how he likes it.

Juggling dual roles as vice chairman of his family’s Brazil-based footwear company, Arezzo & Co., and as designer of his eponymous line, Birman said he relishes both the corporate and creative sides of the business.

“I love to wear both hats. If you’re a shoe designer, you have to be passionate about shoes, so I spend a lot of time on the design,” he said. “At the same time, I’m on the board, I know the strategy, and I’m someone who understands [the business side of] our company. Having both of those competencies [gives me an edge] in the industry.”

He will use those skills as Arezzo & Co. looks to build a powerful international business, starting with the U.S. market.

Contemporary brand Schutz opened its first U.S. flagship (an 1,100-sq.-ft. space on Manhattan’s Madison Avenue) last week, while the higher-end Alexandre Birman brand also recently debuted its new showroom and headquarters in the city. Long-term plans include bringing the company’s original Arezzo label to American consumers as well. “The biggest challenge is to make it happen in the U.S., because this is the biggest market in the world,” said Birman. “We are not from [the U.S.], but we believe in our product and our know-how.”

Arezzo & Co. is poised for international growth, according to Birman. In addition to its labels, the company owns three sample factories and has a presence in 2,000 retail doors and 360 branded stores (310 of which are franchises) in Brazil alone. In February 2011, it became a publicly traded entity. Overall revenue rose 20 percent and profits jumped 25 percent in 2011, with those numbers estimated to climb even further in 2012.

While the Alexandre Birman brand makes up about 3 percent of the company’s overall sales, the label already has a strong presence in the U.S., with accounts at Saks Fifth Avenue, Neiman Marcus and Bergdorf Goodman, as well as upscale boutiques such as Intermix and Moda Operandi.

“Alexandre Birman captures a strong fashion aesthetic through sexy, feminine and modern silhouettes,” Elizabeth Kanfer, Saks Fifth Avenue’s fashion and co-brand director for women’s accessories, said of the footwear, which retails from $500 to $800.

Now, as the firm looks to grow its other labels stateside, Birman will divide his time between New York and São Paulo. The designer, who is also adapting to being a new father (his daughter, Olga, was born this year), admits that juggling his frenetic schedule could be tricky, but he is confident he’ll be able to handle what’s ahead.

“I never, ever, stopped once to ask, ‘Am I on the right track?'” the designer said. He has also never had to look outside the family for encouragement. His father backed him, with both funding and encouragement, when he came up with the idea for Schutz and when he bowed Alexandre Birman in 2008. “My father and the firm really supported me [when I wanted to launch my own label],” the designer said, “but like everything we do, we really believed that we had to do this step by step.”

Here, Birman discusses the next steps for Arezzo & Co., plus what’s behind his design decisions, why python is his material of choice and how his company plans to solidify its success.

As a company, Arezzo & Co. experienced significant growth for 2011, and you have an expected 30 percent revenue growth for 2012. To what do you attribute this success?
AB: It’s a combination of factors. First, I would say that we are very hard workers. My father is a 50-something-year-old man who works 12 hours a day and who loves the shoes. We are also very humble people. We never let success kind of contaminate our brains. We’ve never taken long vacations, we never spend too much money. We also have an integrated process, from designing to retail. We [set up] the brands as independent business units. We have three sample factories that can create more than 500 new styles a week. Our longest lead time today is six weeks from order to production, and this is part of what really makes us a success.

Why is this an optimal time to open the first Schutz store in the U.S.?
AB: We’ll finish 2012 with 50 Schutz stores in Brazil, and the brand [is projected to] sell 2 million pairs of shoes in Brazil alone this year. This is the moment for us to really go international. Last year, we decided to do a full positioning study for Schutz. We realized we could open many doors for Schutz, and the brand could do a lot. We only had a certain amount of money to invest [in the U.S.], so we decided on [a] Schutz [store] because we already have great U.S. distribution in department stores for Alexandre Birman, but Schutz [has not been as visible here].

The Schutz shoes will soon be in Nordstrom and other department stores for the first time. In a crowded market, how will your brand stand out?
AB: There is a gap, where smaller, branded shops with high-quality but affordable footwear [are missing from the market]. Schutz is similar to what you see with Michael Kors, or Tory Burch, but it’s a little bit more mature. It has a younger, stronger consumer and the same quality at a lower price. It’s just a matter of testing the market because it’s a different price point — you don’t see many brands at this price point in the U.S. The shoes will retail at around $200, and those other three brands I mentioned have an average price of about $250 or $350. If you go to the lower end, you have Steve Madden, but then it’s a $100 shoe, and with all due respect to Steve, and I admire his work a lot, the quality is not comparable. Schutz will also be less [pervasive]. With Steve Madden, you find it everywhere.

What will be your main marketing strategy?
AB: Social media is going to be the key, as it is in Brazil. Schutz is the No. 1 [brand] for Facebook there. We have more than 300,000 fans. We are also the No. 1 brand on Instagram, with more than 120,000 [followers]. We have an average of 5,000 likes for every single picture we post. We also invited six stylish American women — bloggers and VIP girls — to be ambassadors for the brand [in the U.S.]. I took them to Brazil in August for the launch of our summer collection, and they had the Schutz experience. They went to the factories, and they each designed a capsule collection for Schutz. The ambassadors hosted the store opening in New York [this month].

You take a very hands-on approach when it comes to designing footwear for the Alexandre Birman label. Is it the same with Schutz?
AB: No. I’m too mature for Schutz. I’m more into classic [styling] and doing shoes for the stylish 30-year-old woman. For Schutz [which is aimed at younger women], I have a very large group of designers — about 15 women who are very young. The oldest is 25, and some of them have been with me since they were 18.

Turning to your eponymous brand, what are you doing to build the label in the U.S. specifically?
AB: The brand has really established itself here, so it was time to invest more and be closer to the [U.S.] market. We decided to hire a global president, [Caden Stobart], who will be managing the brand. Because I’m a designer for my brand and I’m the vice chairman for Arezzo & Co., having someone with their eyes [solely on] the strategy for Alexandre Birman made sense. We will be able to really understand the [American] customer more and expand our collection.

Which brands do you see as the Alexandre Birman label’s main competitors?
AB: The real competition comes from Nicholas Kirkwood, Tabitha Simmons, Charlotte Olympia and Brian Atwood. We are [similar in that] we are not luxury brands like Prada, Gucci and so forth — we are not such huge names that everybody wears.

How do you see your brand differentiating from those?
AB: We are not evening, and we are not extremely fashion. There are a lot of fashion components, but we are much easier to wear. We are also known for our use of python. This is something that really differentiates us.

What attracted you to python as your signature component?
AB: I have always loved python, but it’s a material that’s really expensive, so we could never use it in our other brands. When we decided to launch Alexandre Birman, I knew it would be based on python because the coloration is unique — there are colorations you can do only with python. Also, it’s a very thin material, about .6 mm [thick], while usually a skin is 1.2 mm. So at the same time that it’s thin, it can give you a very nice last shape. I’ve tried other materials, and they’re tough to deal with. I like other exotics a lot, but python is definitely the one to go with.

What’s the secret to keeping exotics affordable?
AB: We buy [skins] in the raw stage from Malaysia, and we do the finishing at a partner tannery in Brazil. We import the materials in the raw stage so we can keep a reasonable price, [while] most [labels] buy the skins in finished form.

You moved a portion of production to Italy earlier this year. How has that worked out so far?
AB: We are learning how to deal with it. We were not pleased with the first fitting results, so I am going there more often now to create the same fit that we do in Brazil. It has been a little bit challenging to have production in both places, but it’s something we are fixing now for fall. It has been very helpful to have some shoes made in Italy, because it counts. [“Made in Italy” conveys] an importance and a great quality. [Consumers] see it as more of a luxury product.

How important have celebrities been to building your brand?
AB: At the end of the day, [celebrity attention] really helps, for sure, but I want to have celebrities who love the brand and will pay for the product. For example, Kate Hudson was in Brazil last year, and we had a great time together. These are the kind of relationships I want to create, and by being in New York, I’ll have much more time to do that.

Is Arezzo & Co. considering any acquisitions in the U.S. market?
AB: We have not approached any American companies, and it’s not our main strategy, but it is something we are considering.