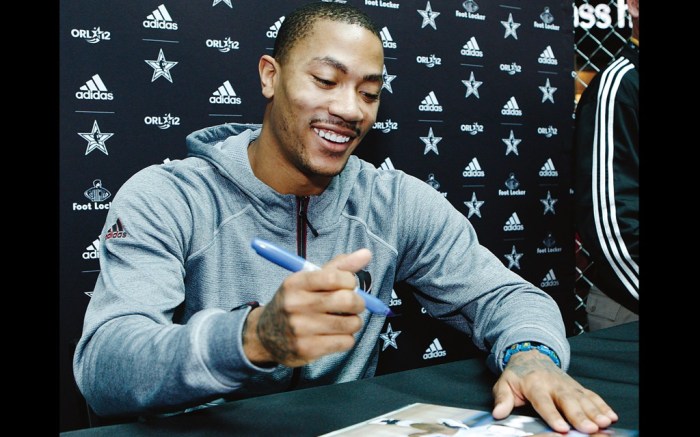 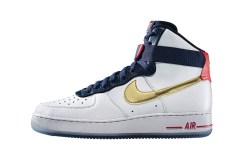 NEW YORK — Sales of basketball shoes are proving to be a slam dunk.

Overall revenues in the category were up in the high teens during the month of February, according to SportsOneSource, and retailers are upbeat about maintaining consumer enthusiasm for the sport, helped in large part by a renewed interest in the NBA.

“The players this year are all performing really well, which helps add to the excitement around product,” said Ken Hicks, chairman and CEO of Foot Locker Inc., one of the retailers that has benefited from the buzz surrounding new players such as Jeremy Lin.

Hicks added that Foot Locker’s preparations around the lockout have helped bolster traction in the category. “[The lockout] forced us and the vendors to really sit down and plan out a strong program, with or without the NBA,” he said. “When you add the NBA [season] on top of that, it really added to the excitement around the footwear.”

With Nike set to launch a new collection of retro sneakers later this year to commemorate the anniversary of the 1992 Olympic Dream Team, Hicks said he’s bullish about continuing the momentum in basketball.

“History has shown us that athletic shoe sales go up during Olympic years, not only for the ones that basketball players wear but shoes in general,” he said. “It’s a key anniversary year for Nike, the Air Jordan and other shoes, so there’s just a lot of interest for footwear that already has a great history.”

Retro basketball sneakers also have been a boon for Baltimore-based Shoe City. With sales in the category up double digits this year, GMM Greg Greenberg said there hasn’t been this much consumer enthusiasm in quite some time.

“Basketball has been more important this year than in recent years, the reason being new retro product from our key vendors such as Nike, Adidas and Jordan,” Greenberg said. “Retro has been the main driver, but performance has been gaining traction, too.”

Jeff Morrell, VP of footwear for Finish Line Inc., said sneakers endorsed by current players have been a driving force behind the surging market. “It’s great to have a mix of player-endorsed shoes represented by emerging players, players in their prime and players nearing the end of their careers,” he explained. “That way, a wider variety of customers become interested in the shoes.”

Additionally, Finish Line is hoping to ride the wave of excitement caused by the NCAA tournament that takes place this month. “March Madness brings unbelievable excitement and energy around the game of basketball,” Morrell said. “While we have no specific March Madness marketing plans, we are excited about the NCAA tournament and all the enthusiasm it creates around the sport.”

New technology in the basketball segment is another draw for consumers, Morrell added. “Hot players always spark interest in the sport — and that’s a great thing for the overall category,” he said, “but day in and day out, customers are really captivated by technology and design.”

Matt Powell, an analyst at SportsOneSource, said innovative technologies have been a particular driver for Adidas, which doubled its sales in the category last month and took a little more market share from leaders Nike and Jordan.

“The Adi-Rose properties and other lightweight basketball shoes have really captured some imagination,” Powell said, noting that subsidiary Reebok also made strides with its Zig product.

Last month, Adidas also announced it extended its partnership with endorser Derrick Rose of the Chicago Bulls. The deal was worth a reported $200 million, and athletic retailers said it’s a solid move for the brand and will help bring some balance to the basketball category.

Foot Locker’s Hicks predicted Rose, who was last year’s national-league MVP, will eventually be the primary face for the brand’s basketball category. “Adidas has other players who have done very well,” he said. “But, right now, they see Rose just as Nike sees LeBron James and Kobe Bryant, who are that company’s leads.”

June Sanders, buyer for Baltimore-based DTLR, also lauded the brand’s contract extension. “Adidas is really feeling as though [Rose] is the star they’ve been missing to compete against Nike’s mega roster of athletes,” Sanders said, adding that only a handful of athletes can have viable endorsements with brands.

While Powell congratulated Adidas on locking up a solid endorsement property, he cautioned there will be hurdles for the brand.

The market watcher noted that Nike’s line with LeBron James was the second-best athlete-endorsed product next to Jordan brand last year, at around $100 million in sales. “No athlete is pushing massive numbers of units right now, except for Jordan,” Powell said.

And looking ahead, the SportsOneSource analyst said it might be tough to keep up the current momentum. “My gut feeling is that sales increases [for basketball product] will be weaker going forward,” he said. “I don’t think there are many items left in brands’ arsenals that can move the needle that much.”