Asics On the Run: Q&A With Kevin Wulff 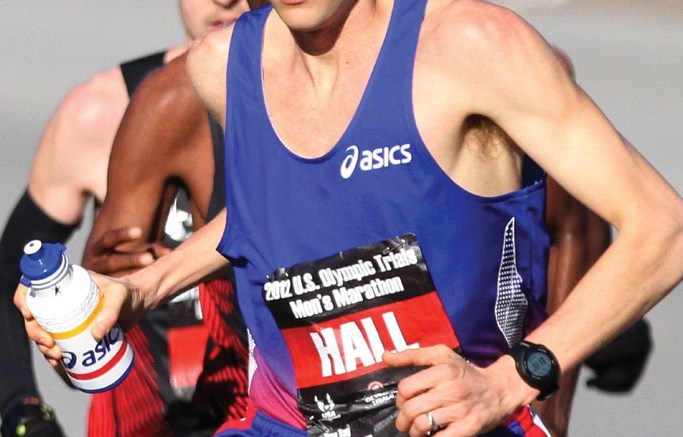 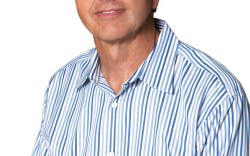 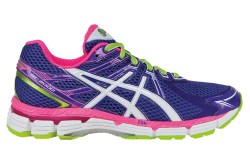 After a year marked by product issues and distribution woes, the Irvine, Calif.-based company aims to reclaim its prime positioning in the competitive running market.

“We want to own all levels of running, not just the performance side,” said President and CEO Kevin Wulff.

Since Wulff was named president of Asics in February 2011 (he added the CEO title two months later), the brand has embarked on several key initiatives. It launched its lightweight running collection called “33,” opened a new distribution center and unleashed the all-encompassing “Stop at Never” campaign, which debuted at the New York City Marathon last November.

But along the way, the brand has encountered some obstacles.

At a time when minimal product has gripped the marketplace, Asics’ strong heritage in cushioning and its comparatively late start into lightweight has been something of a liability. And last spring, the brand lost the top sales spot in the specialty running channel, a position it had held unchallenged for years.

Kris Hartner, owner of Naperville Running Co. in Naperville, Ill., said delivery and fulfillment problems, coupled with a belief among specialty retailers that the brand was focusing too much on the larger sporting-goods channel, left many running store owners frustrated.

In addition, he said, Asics’ first attempt at lightweight didn’t go smoothly. “It was a mishmash launch. It didn’t speak to the customers in a cohesive manner,” Hartner said about the debut of the 33 line.

“They were late to the game in lightweight and let others take the forward edge, so they don’t have a big presence there,” said SportsOneSource analyst Matt Powell. “The brands who were in it early were able to leverage that knowledge and position, and they still have a nice business to offset declines in the [more traditional categories].”

But moving into 2013, Wulff is focused on making serious headway in all parts of the business.

To start, he wants to regain ground in specialty with a dedicated sales force and improved customer service. Asics also is debuting a showroom in New York at the end of the year and opening four factory outlet stores beginning next month.

On the product front, the brand is relaunching some of its signature models for spring with technical updates and hot new colors. And this summer, marquee Asics athlete Ryan Hall — who starred in a new commercial for Asics during the NBA finals last week — will be a serious contender to medal in the marathon at the London Olympic Games.

The new efforts are a big step in the right direction, according to Hartner. “They’re doing the right stuff, but it definitely takes time,” he said.

Here, Wulff spells out Asics’ plans to retake specialty and sounds off on the lightweight phenomenon.

In 2011, you lost the top spot in specialty running for the first time in years. Did that worry you?
KW: We still do very well within running specialty, [but] we’re making many changes [to convey] a new, friendlier Asics. We’re going to be announcing initiatives [relating to customer service and product] to let these stores know that we understand we’ve been arrogant and haven’t listened well.

What changes will you be making?
KW: We just rolled out our “Bandit” program where we’re introducing a group of new brand ambassadors focused on running specialty, who will work on the floor and help with the training and understanding of our technical products. Our ability to distribute product and provide a high level of customer service has been our biggest challenge. In 2011 we opened our new 500,000-sq.-ft. distribution center in Byhalia, Miss., and we have a new head of customer service. So we feel that over the next six months [our retailers] will see a dramatic change in our service. In fact, right now we are delivering on time and in many cases ahead of schedule for a lot of our key products.

Is it mostly a service issue or is product also an issue?
KW: We all know our product got a little stale. [But] for spring ’12 we launched a lot of updates and we were short on that product because of robust sales, but we also contributed much improved service. So they go hand in hand, and we’re very encouraged with our strong, double-digit growth in the first four months of this year.

What kind of product updates can we expect to see going forward?
KW: We’re really remastering our legends and infusing color into our core running shoes, such as the Gel-Noosa Tri and the Gel-Kayano. For holiday ’12, we will relaunch our award-winning GT series — the 1000, 2000, 3000 — and that’s going to be a huge launch. We’re regaining the energy and the feeling that we can own all segments of running.

How will the continuing lightweight trend affect your business in 2013?
KW: We’re starting to see a resurgence of sales in the traditional running shoes with stability and cushioning. Looking at a lot of this data, some of the early adopters experimenting with lightweight seem to be moving back to the experience they had before. But obviously, lightweight is something we have been involved in for many years, so we’ll continue to create technical lightweight product. But [we’ll also make sure] the shoes have the technical elements we’re known for.

You’re making a big splash with the “Stop at Never” campaign. How are you increasing consumer awareness?
KW: The “Stop at Never” commitment not only is a marketing campaign, it’s really our internal mantra. The campaign is targeted to a youthful consumer. [We had a TV presence] on the NBA playoffs, we’re on Major League Baseball now and we’ve also expanded our sports marketing. We sponsored our first Los Angeles marathon and partnered with Dick’s Sporting Goods on the Pittsburgh Marathon. We also set up an in-store program called “Winning the Last Five Yards.” We traditionally have not been very strong in retail marketing efforts, but now we have some very aggressive window campaigns, POS and unique fixturing programs, and that’s been a big part of our mix. Digital is probably our greatest growth area, [thanks to] the expertise that Erik Forsell, our new VP of marketing, brought to us.

Have you made other staffing changes since you came on board?
KW: We have dramatically increased the size and the talent level of our footwear team. We’re continuing to bring in people to work on the innovation side of our business, as well as additional staff in the running category and our other team sports categories. We have a whole new human resources department. We’ve brought two of our sales agencies in-house and we will continue that process through 2014. We now have the right structure and culture to attract top talent.

How significant are those other sports categories to your overall business?
KW: Running is our core category — well over 50 percent of our business — but a lot of our growth [comes from] volleyball, training and the outdoor cleated sports, and obviously tennis is one of our best-trending sports.

How are you growing the lifestyle business?
KW: We set up a separate business unit for the Onitsuka Tiger business, where all our lifestyle product is now housed, and they are responsible for all product and marketing. We’ve opened up a lot of new distribution outlets and some really great accounts that we’re excited about. Sales are up aggressively, and we’re getting great momentum.

Will you expand the line into other product categories?
KW: We’re launching apparel and accessories for spring ’13, so we’ll have more of a full line of product starting [next year]. Obviously, Onitsuka Tiger in Asia-Pacific and Europe is much further developed [than here], so we’re at the beginning. But we believe we can build this into a $100 million business by 2015.