Are Spikeless Golf Shoes a Hole in One? 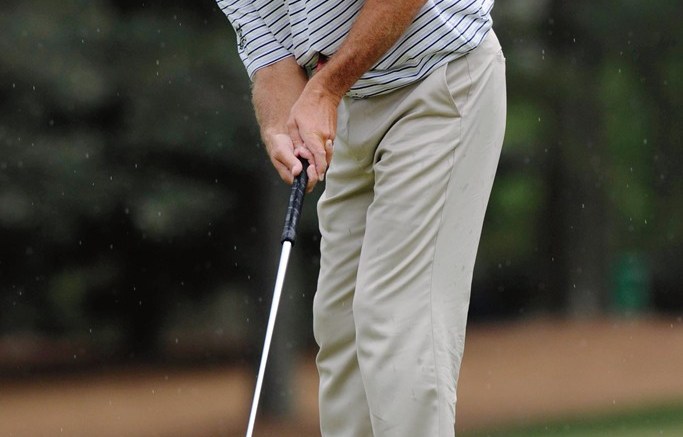 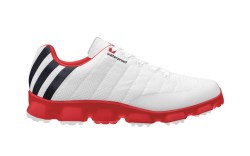 For decades, professional golfer Fred Couples’ powerful drives down the fairway captivated the attention of amateur players. So much so, fans would spend hours copying the finer details of his masterful stroke. But for the last two years, they have emulated Couples in a different way: by wearing spikeless golf shoes.

In 2010, Couples made fashion headlines during the opening rounds of the Masters Tournament when he wore Ecco shoes, sans spikes. Sure, the sport had seen its share of no-spike looks before, but they were considered too gimmicky for serious courses and players.

Couples changed that perception — and the business of selling golf shoes. Both retailers and manufacturers said he ushered in a trend that revived the golf shoe segment, which had posted sluggish sales for the previous five years.

Though spikeless styles account for less than 2 percent of all golf shoes sold in the U.S., according to SportsOneSource analyst Matt Powell, they are one of the fastest-growing segments of the golf business. Sales of spikeless looks in the first half of 2012 rose tenfold over the same period a year earlier.

“With the rise of lightweight, flexible athletic shoes, the idea of putting on stiff, heavy golf shoes is the wrong way to go right now,” Powell said.

Since 2010, athletic brands such as Adidas, Puma, Nike, Footjoy, Callaway and Kikkor Golf have added their own versions of casual golf shoes.

“This is not a trend at all,” said Eli Getson, SVP and GMM at Golfsmith International, which has 151 stores in North America. “It’s a solid category. It will continue and evolve into different iterations. And we will continue to cultivate it.”

Pro golfers have popularized mass-market crazes before, but this one continues to score with time-starved consumers because they can now go from car to course to clubhouse without having to change their footwear.

Additionally, industry observers said spikeless shoes — which technically still feature dozens of tiny nodules on the bottoms for grip and traction — are lighter, more comfortable and more flexible than traditional golf shoes. And they also offer players greater freedom of motion during swings.

But few could have predicted the overnight interest — and the subsequent new category — Couples would ignite. Executives at Ecco certainly didn’t. In fact, Couples’ strong play during the 2010 tournament and in events soon after turned out to be a marketing miracle.

“When Freddy wore those shoes and played really well in them, all hell broke loose for us,” recalled David Helter, sales director for the sports division at Ecco.

The Danish brand had sold only a few hundred pairs of spikeless golf shoes after showing them to retailers in spring ’09. But by the end of 2010, that figure had cracked 100,000 pairs. And this year, hybrid shoes will make up roughly 70 percent of Ecco’s golf business. (Helter wouldn’t reveal sales figures for the closely guarded company.)

“Within the next 12 to 18 months, half of golf shoes sold in the U.S. will be hybrid product,” he said. “We believe the last frontier is the pro players, who are very traditional and wonder if they will get the traction they need. Once players see their peers in contention wearing hybrids, that’s when the market will really take off.”

To that end, Ecco has rapidly evolved its line of spikeless golf shoes. It has added more colorways and produced versions with uppers made of nylon. Earlier this year it launched Biom Hybrid, a $190 golf shoe that, similar to its Biom running product, aims to let the body move as naturally as possible.

“Golf shoes have been the least developed part of the industry,” said Kevin Ross, VP of product creation for Adidas Golf and subsidiary Ashworth Golf. “The apparel and irons have become highly technical. Golf shoes haven’t really changed in the last 15 to 20 years.”

Adidas, an early adopter of spikeless looks, is also experiencing success with the product. The company recently launched Crossflex, and according to Ross, the athletic, non-traditional golf shoe achieved sell-through rates of 60 percent at some accounts.

And in November, the athletic giant plans to unveil a new $229 spikeless golf shoe using the company’s Puremotion technology, which enables the human body to pivot naturally by keeping in contact with the ground longer.

Such innovation has meant big business for retailers, including Zappos.com.

“This trend has been huge for us,” said David Costello, footwear buyer for the e-tailer. “Since Ecco’s shoe came out, every brand has put out its own version of that. Now there are more silhouettes, more athletic styles with on-course, off-course appeal. That’s good for golfers and for those people who just want to wear them with jeans.”