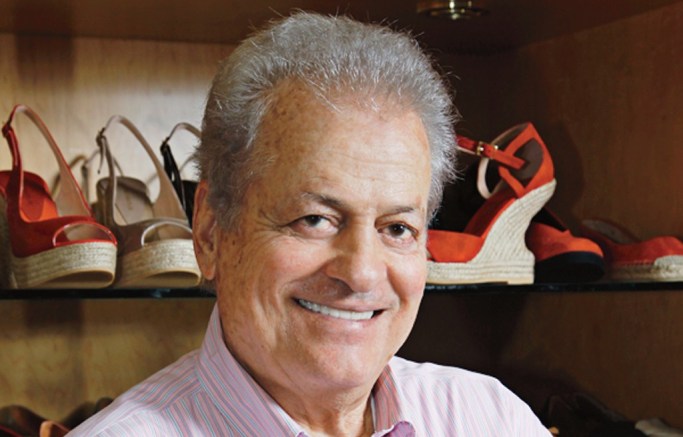 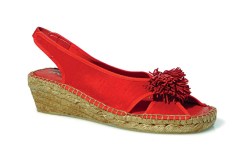 The 32-year-old company is expanding its offerings to include footwear with both higher and more-moderate prices for spring ’13.

“[Being] positioned at three different price points [will allow us] to approach an additional level of retail,” said President and CEO André Assous, adding that his eponymous brand also will roll out a full range of men’s styles for fall ’12.

Known primarily for espadrilles that retail from $125 to $250, the designer is debuting a diffusion line, Reflexions by André Assous, for spring. Reflexions will consist of about 20 styles of footwear, including espadrilles, sandals and flats, at a price point of $100 or less.

Assous said the look of Reflexions echoes the main line’s overall aesthetic, combining a classic sensibility with current ready-to-wear trends. Though it will be made in Spain, Reflexions is being positioned as a volume line, according to Assous.

“We want to sell to everybody,” he said. He added that Saks Off Fifth and Century 21 will be among the first retailers to carry Reflexions, which is slated to deliver in July.

On the other end of the spectrum, Assous is teaming up Paloma Barceló, a 52-year-old Spanish label that retails for $200 to $500 and is carried at Nordstrom, Bergdorf Goodman, Net-a-porter.com and Italian retailer Luisa Via Roma. Starting in spring, Assous will collaborate on design and take over partial distribution with the goal of expanding Paloma Barceló’s range of styles and its department store presence. The two companies are a natural fit, he said, because both are known for their espadrilles and both are manufactured at the same factory in Spain.

Until now, his label has primarily produced women’s footwear (save for one men’s espadrille), but it is adding boat shoes, suede booties and other styles for next season. “There was an increased demand for men’s fashion [footwear],” Assous said. “People would stop me on the street, asking where I bought my shoes.”

The men’s collection will retail at comparable price points to the main women’s line and will be targeted to current wholesale partners.

Assous said the company was ready for expansion after a healthy 2011, when overall sales increased 25 percent over 2010.

Lori Andre, owner of the Chicago-based chain Lori’s Shoes, said the brand is experiencing a resurgence. “Starting last year, and even more so this year, our business with [the André Assous label] has grown incredibly,” Andre said. “We’ve increased our number of SKUs, and we find that it really appeals to women [of all ages]. It’s a very strong niche right now.”