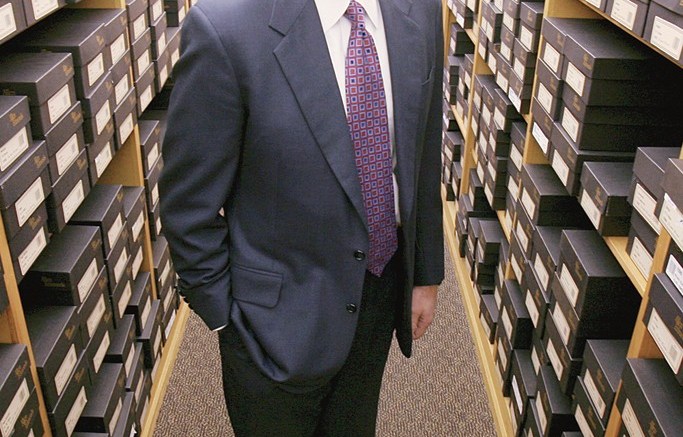 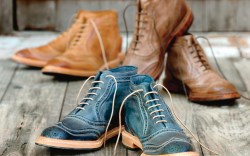 With the men’s category starting to experience a revival, the Allen Edmonds CEO is capturing a greater share of the market, thanks to a more diverse product line, growing retail presence and expansion into areas such as China.

All told, the 90-year-old brand expects to increase revenues by 20 percent this year, to $120 million to $125 million. “We more than doubled our SKU count over the past two-and-a-half years,” Grangaard said, noting that the label is reaching a younger, more-fashionable consumer.

“We got out of our stodgy era,” he added. “We’re using a lot of color. We’ve expanded the options of soles that people have access to with our shoes.”

The brand also is getting a lot of attention for its made-in-America positioning. “It isn’t just that there is a marketing message there. Our products are made in the middle of the country. We can get them anywhere overnight,” Grangaard said.

The company is expanding its retail presence, with plans to open seven more locations across the country next year. It also will make an aggressive push into China.

Here, Grangaard talks about growing the label in a difficult economy and getting the youth vote.

What’s the biggest lesson you’ve learned about the men’s market since joining the firm in 2008?
PG: Men are interested in fashion, but not that much. They’re not looking to overdo it. There is a huge opportunity with urban and suburban male shoppers in providing them with apparel and footwear that makes them look more put-together than they have been in the past, but keeps them from looking like they’re trying really hard at it.

How old is your average consumer?
PG: We don’t target specific age groups. We target great American styling. People decide for themselves where they fit in that. But I will say, we believe our average age has dropped at least 10 years in the last two years. I was on [social news site] Reddit.com recently, and I was responding to questions from mostly younger guys. We’ve got a real strong following at that younger level now.

What are the biggest changes consumers have seen in the collection?
PG: We’re being a lot more flexible in offering a lot more options. We consolidated [product development] in our Port Washington, [Wis.], headquarters. The leadership of the team used to be in Maine, which wasn’t a hotbed for our customers’ thinking. I personally got very involved. We looked for gaps in our product portfolio. We also developed a brainstorming mentality, where we don’t reject anything right off the bat and we’re willing to make some mistakes. That freed up an awful lot of creativity. The advantage we have [in America] over lower-cost countries is our creativity and our innovation. And it’s worked: This year, of our top 10 selling styles, seven of them have been introduced since 2009.

In addition to expanding your roster, how else have you been able to grow in a weak economy?
PG: As the economy got tough, people started to think about how long their products lasted. Disposable income wasn’t so disposable anymore. We got a lot of benefit from the fact that our shoes last, in many cases, not just 10 years, but maybe 20 years. A lot of men’s shoes last 10 months to 20 months. People started to realize that if they paid a little more, they could have a pair of shoes that would have longer-lasting quality.

How has the growing consumer interest in made-in-America products benefited your company?
PG: The responsiveness and service we can provide to our wholesale clients and our direct-to-consumer customers by being here and having our warehouse and manufacturing here is a huge benefit for us. We used to be tied to a catalog and seasonal trade show calendar. Now we’ll bring out shoes in the middle of the summer. … There also is another benefit. There is nothing more gratifying than having an [employee] say to me, “This job I have now with Allen Edmonds is the difference between me being able to send my daughter to college or not being able to send her to college.”

Do you think consumers will continue to have an emotional preference for American-made products as the economy improves?
PG: I do. It’s a change [in mentality]. This is the new normal. I don’t see it as a fad. I do think the economy was a catalyst [in changing how people think], but it wasn’t the only catalyst. It’s also incumbent upon us to stay relevant in terms of our fashion and keep our quality extremely high and provide the benefits that go with paying a little more for our shoes. We’ll never be as cheap as shoes imported from Asia, so we’ve got to make sure people appreciate other aspects about our brand beyond “made in America.”

Given that so few shoe factories remain in the U.S., how do you train people?
PG: Carefully. When we hire them, we have them work side by side with our experienced people. We’ve got folks in our plant who are third-generation Allen Edmonds shoemakers.

Who is your biggest competition?
PG: I hope I don’t sound glib with this, but our biggest competition is bad shoes. A lot of guys will spend more than $1,000 on a nice business suit, or they’ll spend some number on jeans. Yet when they put on shoes, they go for the $90 pair that falls apart and doesn’t hold a shine, with a rubber sole that leaves marks behind them. For some guys, shoes are an afterthought. This is changing, but that’s our biggest obstacle — getting men to realize that footwear is important.

What kind of opportunity do you see in China?
PG: It’s a big deal for us. We have a partner in China who is opening exclusive Allen Edmonds stores. The first store is in Shanghai and debuts on Nov. 29. Over the next two years, he’s going to be opening multiple stores in Shanghai and Beijing. We’ll be looking at a very significant business there. Made in America is a big deal in China.