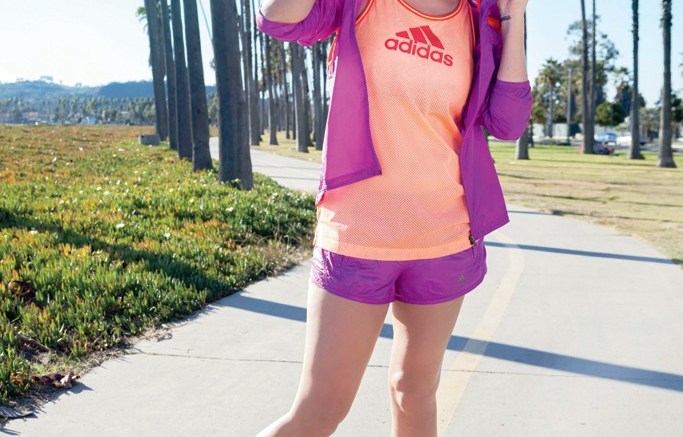 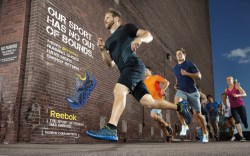 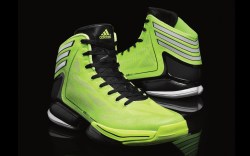 For Herbert Hainer, the U.S. has always been a special place.

His first stateside visit came when he was 18 and his soccer team flew in to play exhibition games in cities across the Midwest and East Coast.

“We were two-and-a-half weeks on the road,” the CEO recalled. “We started in Milwaukee because there were the most German immigrants and this was a beer city. It was really cool. As a young kid, you dreamed about America, the country without limits, so big [with] big cars and long highways and skyscrapers, which we didn’t have. I think still a lot of kids dream about coming to America.”

These days, Hainer spends quite a bit of time in the U.S., and with good reason: It’s the global headquarters of the Reebok and Rockport brands, as well as TaylorMade-Adidas Golf. And Adidas is depending on the American market to help fuel its growth under the Route 2015 plan.

Led by a newly focused Adidas North America team and a resurgent Reebok, Hainer said he’s feeling very good about the group’s positioning in the States.

“All that I see in the U.S. is definitely going in the right direction,” he said. “We have more brand momentum, better market shares, our revenues are growing and we have a more qualitative distribution strategy.”

Retailers and analysts are optimistic as well.

“We’ve seen a nice surge on the Adidas and Reebok businesses, and I attribute the success of both of those brands in the past 18 months to making product that is really specific to the U.S. marketplace,” said SportsOneSource analyst Matt Powell. “Whether it’s ZigTech, RealFlex, toning or the Derrick Rose [basketball] shoes, those products were U.S.-centric, and this market requires product that is specific to it, as do all markets around the world. Their coming to this understanding is the primary driver behind Adidas and Reebok [here in the States].”

Stripes in America
But progress in the U.S. hasn’t come easily.

The years immediately following Hainer’s appointment to the CEO position were marked by turnover and turmoil in America. Nine different brand presidents in a 13-year span made for an unfocused and skeptical workforce. Adidas also lacked an identity in the consumer’s mind, as well as on retail shelves, where it was overdistributed and underpriced.

“We didn’t reach our potential,” Hainer said. “The recognition of [our brand] in America is much higher than what we do in [sales], so I think this is the biggest opportunity.”

Today, Adidas North America is on a winning streak with multiple consecutive quarters of sales increases since 2010, even as the company moved aggressively to cut and refine its distribution online and in stores.

“We’re a $2 billion [brand], but you can walk around in almost any of our distribution channels and you don’t really see us as that big of a brand,” he said. “It’s getting better, if you look at Champs or you look at Foot Locker and Finish Line and Dick’s and some of those, but still, we have a lot of ground to cover.”

Adidas also is expanding its presence in running and basketball.

“Last year, we grew our running business about 47 percent,” Nilsson said. “It’s not that it’s bad, but it’s not as good [as it could be] and not in the right channels. We have work to do in that category, but it’s still at a good place.”

Basketball, too, has been a standout. While Adidas basketball only has 4.4 percent of the market’s dollar share year-to-date behind Nike and Jordan, which combine for 91.4 percent, according to SportsScanInfo, that percentage is up 2.9 percent from the year-ago period. And introductions such as next month’s AdiZero Crazy Light 2 sneaker have garnered a good response at retail, especially in malls, which are a new priority for Adidas.

“This plan has been focused on getting better in the mall when it comes to basketball,” Nilsson said. “In the first years I was here, we focused a lot on building a base in sporting goods, so we have a very strong market share [there]. We’re now doubling our market share in the mall, and that’s where most of the basketball shoes are sold, so while in the last two years we have had a tremendous jump [in sales], in the next two years I anticipate that will be a lot bigger.”

Finish Line, which has partnered with the company on store-domination ad blitzes, said the new product has made an impression.

“They are in a very exciting time right now in the U.S. business, with lots of new innovation, lots of exciting products and they’re very diversified,” said Finish Line Inc. Chairman and CEO Glenn Lyon. “We’re quite excited about what’s going on in basketball and running, which are our two key categories.”

Toning Up Reebok
While the last few quarters haven’t been kind to Reebok as it shakes off the recent toning implosion in the U.S., Hainer said he still considers the Canton, Mass.-based brand to be a success story.

Hainer led the $3.8 billion purchase of Reebok in 2005, a deal that was supposed to give Adidas Group a much bigger footprint in the U.S. market and make it a more robust challenger to Nike around the world. But while Hainer and the company initially saw Reebok as a quick turnaround project, quarter after quarter of struggling sales and closeout businesses dragged down Adidas earnings and led to repeated questions from investors and analysts as to the wisdom of the acquisition.

“We hit the wall. We couldn’t replace the bad business quick enough with the good. What we bought wasn’t as healthy as we thought,” Uli Becker, president of the Reebok brand, said about the years following the acquisition. Initially brought over as chief marketing officer in 2006, Becker replaced Paul Harrington at the company’s helm in 2008.

It wasn’t until the 2009 debut of EasyTone — shoes that kickstarted the toning craze — that things started to look up for Reebok. The brand followed that introduction with back-to-back launches of the lightweight ZigTech running product and the RealFlex training and running line, new technologies that Reebok promoted heavily to reestablish itself as a legitimate fitness player.

“At the end of the day, [the market] realized that in 2010 we turned it around,” Hainer said. “And I had got my satisfaction as well.”

“There’s no question [Adidas] didn’t fully understand what they bought, but toning helped [Reebok] get back on the map,” said Ken Hicks, chairman and CEO of Foot Locker Inc. “They’ve put a good guy in charge of it. Uli is somebody who’s got vision and knows where he’s going for the long term.”

Reebok’s string of successes took a hit last year, though, when a surplus of products in the toning space led to oversaturation, growing inventories and slashed prices. And undercurrents of customer disillusionment with the category manifested in lawsuits across the board. In September 2011, Reebok announced it had reached a $25 million settlement with the Federal Trade Commission for making what the FTC termed deceptive claims about the health benefits of its EasyTone shoes.

But Reebok is looking ahead. Under Becker, the brand aims to become the leader in the fitness category, a claim they made explicit in this year’s “Sport of Fitness” campaign and through a new partnership with Crossfit, which will expand with more dedicated product through 2012 and into 2013.

“We want to direct Reebok as the fitness empire, the fitness and training brand, and we have a clear categorizing of the individual divisions, be it training, walking, fitness running, dance, Zumba or yoga, and we’re putting dedicated forces behind that,” Hainer said.

Later this year, Reebok also is relaunching its toning category in the U.S. and globally with refreshed product and new marketing.

According to Hainer, no matter how quickly the U.S. market deflated in 2011, there’s life in the toning category yet.

“All the market research we are doing shows us that there is a consumer and a demand out for that product,” Hainer said. “There is a demand there, and we will definitely rejuvenate the business starting in fall ’12.”