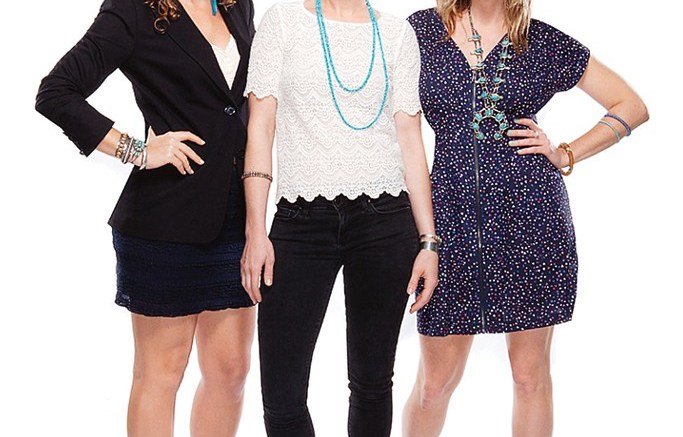 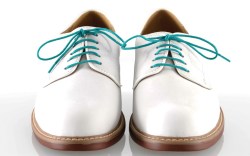 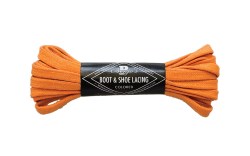 When Ben Hertz broke his favorite pair of red shoelaces last year, he quickly learned that replacing them wouldn’t be easy.

The laces, which he had bought on a trip to Italy, turned out to be quite a rare item. “Everywhere I went, I’d ask [retailers] where I could get colored laces for my shoes,” said Hertz, a Minneapolis-based real estate developer. “No one knew, [but they’d say], ‘If you find them, let us know, because that’s a great idea.'”

Fast-forward a year and Hertz has started his own business, Benjo’s, selling waxed cotton shoelaces in such hues as canary yellow, bright blue and, of course, his beloved scarlet red.

But Hertz wasn’t the only one onto the hot trend. In the past year, New York-based Hook & Albert and Comb Collective in Austin, Texas, launched with colored shoelaces as part of their inaugural accessories collections.

Hook & Albert’s offering for men includes everything from dress socks and fabric lapel flowers to ties and elbow patches, but co-founder and co-CEO Adam Schoenberg said waxed cotton colored laces, priced at $7 per pair, were an important part of the brand’s debut fall ’11 collection.

“When we started, we came up with a list of every accessory for guys that brands have not thought about bringing to market,” said Schoenberg, who runs the company with friend and business partner Corey Rosenberg. “We can’t do everything because we’re self-funding our small company, but we decided to do something really different with laces. [With] this wide variety of colors, it’s kind of like an interchangeable watch band. You put a blue strap on a watch and it just reinvents it.”

For fall ’12, Hook & Albert will introduce packages of colored laces at Neiman Marcus. The label will offer four- and five-packs with how-to guides for stringing the laces several ways.

On a similar note, Comb Collective is a design group founded by friends James Boone, Elizabeth Lodowski and Johanna Adkins with the goal of supporting local factories and businesses. Their first product offering is a range of 30- and 60-inch leather latigo laces, priced respectively at $22 and $30, painted with colorful stripes of red, yellow and turquoise. The laces, which launch for fall ’12, are made with Project LOOP, a local organization that exposes teens in Taylor, Texas, to creative industries.

“The [program] helps to employ teenagers in rural towns, where there are no summer jobs for them except at McDonalds or Sonic,” said Boone. “We’re setting up a program now where the kids will be painting the laces. And it’s exposing them to entrepreneurial [endeavors] and the creative arts.”

Comb Collective laces have already made their way onto shelves at several independents. Erika Vala, co-owner of Shoe Market in Brooklyn, N.Y., said the color trend in general has helped the product sell. “Because color is really in, people are playing with it,” she said. “I tried these out, and customers have liked them. They’re strong, the combinations are pretty and they’re affordable.”

Still, merchandising the product is probably the No. 1 challenge of the shoelace business, said retailers. Emma Kate, owner of Etcetera, Etc. in Austin, has had success with Comb Collective laces, but acknowledges the difficulty. “I bought them because I wanted something different,” she said. “They are not the easiest to sell, but I have them hanging from a tree next to the checkout counter so people notice them.”

At Haberdash EDC in Chicago, Benjo’s laces are shown in glass cubes, as well as in shoes in the window. “At $8 to $9, laces are good add-ons to appease customers’ need to buy something for themselves,” said Michael Jaworowski, director of purchasing and planning at Haberdash, who added that red is the most popular. “Guys are just starting to add that bit of color to make themselves stand out.”

Even as the colored shoelace craze continues, these brands are busy planning their next launches. Benjo’s will soon add brightly colored enamel-coated pennies for penny loafers; Hook & Albert just unveiled loafer liners and will next introduce wallets and button sets for shirts; and Comb Collective is at work on a bag.

But as his business expands, Hertz said he doesn’t mind being known as the “Colored Lace Guy,” acknowledging it was a good idea at the right time.

“Had I been looking for those shoelaces now, I wouldn’t have had to go much farther than the Cole Haan store down the street,” said Hertz. “Their whole window was recently inundated with colored laces in colored shoes. When Benjo’s launched, there was no competition in the marketplace. And now there are several brands. And like a lot of industries, it’s going to be survival of the fittest.”