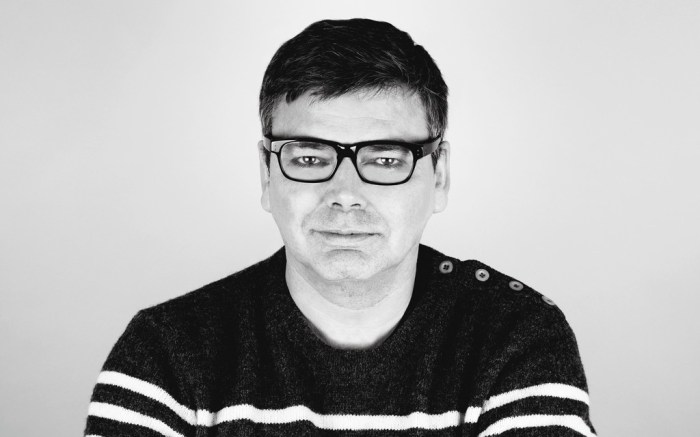 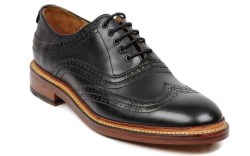 Oliver Sweeney is already having a good year.

The 22-year-old London-based brand is increasing efforts begun over the past few months, and 2012 will see a continued wholesale push in the U.S., as well as the launch of a second iPad application and the second season of its women’s line.

Best known for its men’s shoes, Oliver Sweeney is now bringing that category to the States. Nordstrom and Endless.com have already picked up the line. And to bring attention to the label, three Nordstrom locations will host a shoe-tattooing parlor for a few days later this month and in March, a concept launched last fall at Selfridges.

“If you bought a pair of shoes, we had a tattooist [decorate them],” said Tim Cooper, managing director at Oliver Sweeney. “It was a huge success; we did more than 150 pairs of tattooed shoes, and the general level of sales increased enormously.”

Cooper has been with the brand since 2009, when Amery Capital Ltd. bought it out of bankruptcy. The label’s namesake is still a shareholder, but he decided to sell after the effects of a stroke prevented him from managing the company.

Since Amery took over, the brand has worked to grow its consumer base. One way was to introduce women’s shoes, which debuted with eight styles for fall ’11.

“There’s obviously a big fashion trend toward androgyny, and a lot of other traditional men’s brands have had a crack at doing scaled-down men’s shoes for women,” said Cooper. “But we wanted to do some more-feminine styling, and we very specifically developed ladies’ lasts.”

Here, Cooper weighs in on the changes going on at Oliver Sweeney.

Why is the U.S. a focus for the brand right now?
TC: When we bought the brand a couple of years ago, there was no international [distribution], and the first job was to get the brand in the shape we wanted in the local market. Now I feel we’ve really started to make progress here. And of the international markets, the U.S. was one that I really wanted us to go for. We want to grow the business over there — with the right partners, obviously.

What’s your growth strategy in the States?
TC: It’s a bit too soon to be talking about opening [owned] shops, but definitely through Nordstrom and hopefully other stores. We’re going into more Nordstrom stores with the spring season and online with them as well. But it’s about making sure we have the right partners.

Oliver Sweeney is one of the few brands offering custom shoemaking through an iPad app. How did that idea come about?
TC: We did it originally for our stores. Consumers coming into the stores could choose the materials, the color, the sole, the style. There are hundreds of thousands of iterations, and we thought it would be much easier and more visually appealing to do it on the iPad. On the app, you get a virtual-reality effect as you choose the [options]. Then we thought it would be fun to put it online and let people download it from iTunes. We’re now developing a second app [for our shoe tattoos]. You can choose a shoe and then choose a tattoo and superimpose it on the shoe and order the styles [starting in mid-2012]. Obviously, customization is a big thing at the moment.

What prompted the women’s line?
TC: I’ve got a ladies’ shoe background. For 25 years I was a big U.K. private-label supplier, working for a lot of the big High Street names. But more than anything, we’ve had quite a lot of requests [from consumers], and we already knew that a lot of our men’s shoes are bought by women. So we thought, “Well, if they want some, we better do some.” It was demand driven more than the fact that I like doing ladies’ shoes, which I do.

Oliver Sweeney himself left home as a teen, learned to make shoes and started his own brand in his 30s. What have you learned from him over the years?
TC: I’ve known Oliver for almost 20 years. We got involved in a private-label collaboration in the 1990s. The great thing is that he’s always had a very individual take on men’s footwear. He didn’t follow [anyone]. Menswear can be quite traditional and boring, if you know what I mean, and Oliver always had a unique and individual take on it. That’s what we’ve tried to keep. While building the brand and extending into other categories, we always want to have something that is our own. We want to walk our own path.