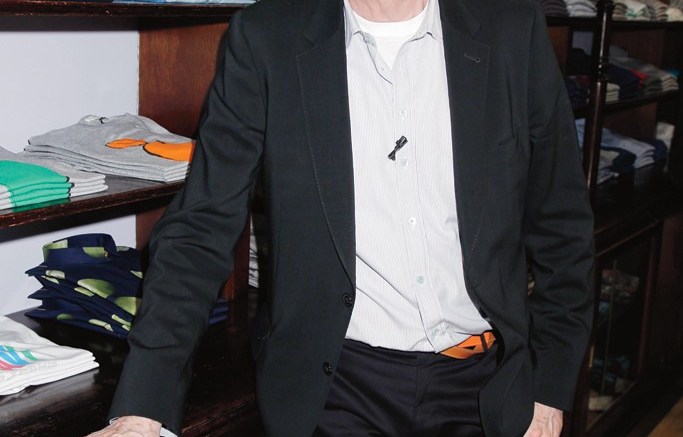 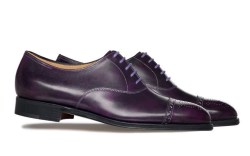 He’s been knighted by the Queen of England. He has shops around the world and wholesales to 66 countries. And last year, he received the U.K.’s highest design honor from the British Fashion Council. But Sir Paul Smith has never been one to rest on his laurels.

The designer and chairman of his namesake fashion label remains a hands-on force, overseeing what now encompasses 14 different collections, including a sizable footwear range.

“Like most men, I enjoy shoes and watches,” Smith told Footwear News. “Shoes are an important part of our wardrobe and are very related to tradition and craft. I love all aspects of shoe design.”

Paul Smith men’s shoes are carried in the U.S. at Barneys New York, Bergdorf Goodman and Saks Fifth Avenue, as well as branded shops in New York, Los Angeles, San Francisco and Las Vegas. This year, the firm celebrated the 25th anniversary of its first U.S. store, the flagship on Fifth Avenue in Manhattan. Smith came to the city to mark the milestone with fans of the brand, including Patti Smith, Patricia Field and Barneys’ Simon Doonan.

“New York is an important market because I love the competitive spirit,” said Smith, who also operates a store on Greene Street in Soho. “I am pleased to say I have a very loyal client in New York.”

This year also saw the launch of his latest book, “Paul Smith: A to Z,” as well as store openings in Singapore, Australia and the Netherlands, and several notable collaborations.

For fall ’12, Smith partnered with British apparel company Barbour on a 20-piece capsule collection for men and women; with Leica on a limited-edition X2 camera; with the band Talking Heads on three T-shirts; and with iconic men’s footwear brand John Lobb. For the latter, Smith worked with Lobb’s creative director, Andrés Hernández, and reimagined three contemporary styles for the Hermès-owned brand. The Westbourne oxford, Willoughby derby and Lucca loafer were outfitted in a variety of rich colors, with shoe trees to match. At $1,295, the purple Westbourne has already sold out in New York. (The Willoughby retails for $1,275, while the Lucca costs $685.)

Here, the designer talks shoe design, the power of the fashion media and what makes him sign on to collaborate.

Why did you want to work with the team at John Lobb?
PS: I am offered many collaborations on a regular basis and, to be honest, I mostly say no to all of them. However, when John Lobb called me, my immediate reaction was to say yes because of their fantastic product, which is all still handmade, the beautiful quality and their great attitude. With this in mind, I created a small collection that focused on types of leather and color rather than a radical change of design. … I wear the navy-blue ones because it is a gentle nudge away from the classic brown or black. They are very wearable, too.

What is your shoe design philosophy as more men gravitate toward fashionable — and colorful — shoes these days?
PS: The main thing with designing for men is not to push them too hard but to let them discover new colors and ideas themselves. It has to be a nudge, not a push.

When you started, the concept of men’s designer fashion didn’t really exist, so what has been the result of the increased competition?
PS: Today, we have many publications, blogs and websites, which all promote fashion daily, so the average man can now feel more confident about wearing fashion and is more daring with his color choices.

What is the biggest misconception about you or your work?
PS: Often people think our clothes are more playful and colorful, but this is just a small element of what I do. We make and sell large quantities of very simple, classic, well-made clothes.

What is left on your list to accomplish in your career?
PS: Continuity is what I am most proud of and is what I continue to strive for. As Andy Warhol said, “Everybody has their 15 minutes of fame.” To me, doing something that has a short-term success is not enough. I enjoy working at a good level for a long period of time, and long may it continue.