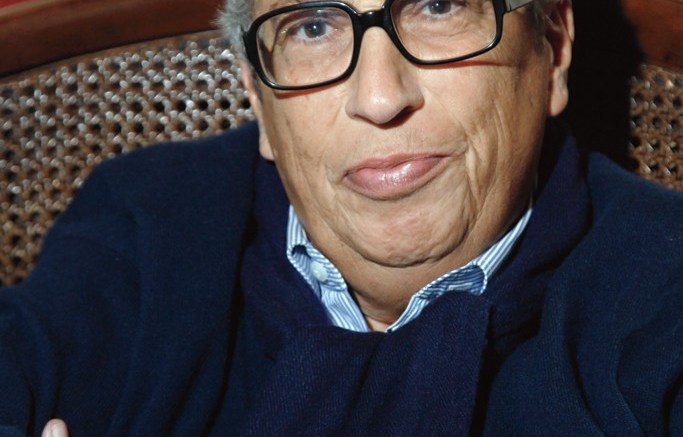 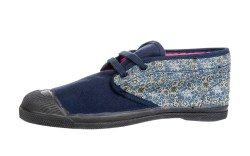 The Parisian designer has made cotton tennis shoes, particularly the iconic La Tennis Bensimon plimsoll style, the core of his footwear offering for the past 25 years. Celebrities such as Brigitte Bardot and Jane Birkin were early adopters of the simple canvas and rubber-bottomed sneakers that come in a range of colors. Now, Bensimon is hoping his namesake brand, which he founded in 1980, will gain some traction stateside.

“I want to share something with America,” Bensimon said. “It’s not just about bringing the shoes to America, it’s about [eventually] manufacturing the shoes in America.” (The shoes are currently made in Europe.)

Earlier this year, the company revamped its U.S. website, Bensimonusa.com, to complement its distribution here, at retailers including J.Crew and Madewell, Urban Outfitters, Endless.com and Shopbop.com. The classic styles retail for about $48 to $100 for women’s, men’s and kids’ looks. The designer also is seeking to collaborate with some American brands to help build buzz, as he has done in France with fashion houses such as Jean Paul Gaultier and Chanel. During the upcoming Bread & Butter show in Berlin, the company plans to announce a collaboration with a major American designer.

On Bensimon’s wish list: Marc Jacobs. “I hope it happens very soon,” he said, crossing his fingers. “They say if you want something, you should say it out loud, so I’m hoping it happens soon. He’s a great designer.”

The co-founder of the eponymous brand also is introducing new materials for the tennis shoes so they can be worn year-round. For fall ’12, the sneakers are offered in suede, leather and shearling.

Here, the man behind the brand shares his take on the difference between French and American shoppers, plans for ramping up distribution and his design inspirations.

What has been the key to La Tennis Bensimon’s success for all these years?
SB: They’re so popular because they’re so very simple. It’s really a Parisian and French story, so people across the generations have used Bensimon tennis shoes and they always remember [them]. So it’s something a little bit magical. They’re simple, but at the same time also luxury and accessible. Those things are very important to me.

Why are collaborations so important?
SB: Collaboration is very important because each designer gives an idea and together it means something more than just the original shoes. I’ve done them for almost 15 years, starting with Jean Paul Gaultier, [then] with Chanel and other French brands. So when coming to America, I’m working on collaborations [similar] to those I do in France, but with an American designer, such as maybe Donna Karan or Marc Jacobs.

What are your plans to ramp up distribution in the States?
SB: Now that we have distributors in America, we want to open our first shop. First, we were only in select shops such as J.Crew, Madewell and different stores. Now we have sales reps in America with my products from Paris to increase the sales in America.

How would you compare French and American consumers?
SB: They are the same, except you have more people here. One thing that is interesting is that in America, the [weather] is different on the East and West coasts. [Where it] is hot — as in California or Miami or Texas — you can always sell the shoes. The shoes are accessories for all the people who want to be chic or casual. That’s why we have a wide customer base.

Are you expanding the footwear collection to include more than the classic tennis shoes?
SB: At the beginning, the tennis shoes were for summer or for light weather, and now we do the tennis shoes for the winter, too. We’re using materials such as leather, suede and shearling. That’s interesting for women when they buy the shoes, and they have 20 colors.When they travel they want this color or that color. We give them something different from any other pair of shoes.