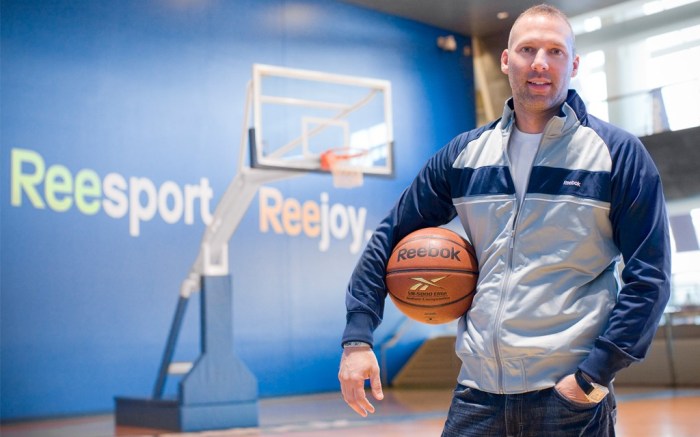 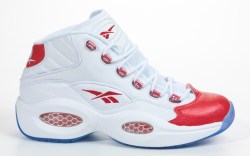 Reebok is looking for a blast from the past.

“Iverson was really our big shoe guy at the time, and this was the first shoe in his collection,” said Todd Krinsky, VP of lifestyle and entertainment, who designed the shoe and was instrumental in signing Iverson to a deal. “The shoe has a really big meaning in sneaker culture, but for us it was an iconic launch that started one of the longest-running shoe lines in our history.”

According to Krinsky, one of Reebok’s biggest endorsers may have never joined the brand if not for a little extra convincing of then-CEO Paul Fireman. In a sport that was dominated by tall giants, the exec had reservations about signing a player who was merely 6-feet tall. “At one point Paul was like, ‘Is this really the guy? Do we really need him or will there be other guys coming along?’” Krinsky recalled.

The endorsement deal turned out to be the right choice, as Iverson went on to win NBA Rookie of the Year honors with the Philadelphia 76ers for the 1996-97 season. Here, Krinsky reminisces about the original campaign for the Reebok Question and talks about how the relaunch fits with the company’s current strategy for revamping its Classics division.

1. Why was now the right time to bring back this shoe?
TK: There is this huge 1990s trend going on with young kids today. Retro is big. The color palettes of the ’90s and the older ’90s team logos are trendy right now. So we just started looking into the archives at some of our most relevant products from back then, and of course the Question is one those shoes.

2. What are your memories of that original campaign in 1996?
TK: Reebok has had a lot of launches, but we really hadn’t had any of this magnitude. The first thing I remember is the ad we did that was basically unscripted. It was just Allen talking about getting his own shoe and what it meant to him. He felt like he had arrived. So I remember him speaking from the heart.

3. How has Iverson’s influence helped Reebok sign the NBA endorsers it has today?
TK: When we were recruiting John Wall, we asked Allen to come up and speak to him. It wasn’t in a boardroom; it wasn’t some corporate thing. We were all just playing basketball at our campus. I kind of let them hang out on their own, but I listened to a little bit of it. Allen said that [Reebok] is the brand that sticks with you through the highs and the lows. I think that was what John was looking for.

4. What kind of progress has the Classics division made over the past year?
TK: We are growing globally, and in the U.S. we’ve cleaned up distribution. We relaunched a lot of products that we took out of the marketplace. To the 23- to 25-year-olds, we are really allowing that consumer to reappraise Reebok, and to the 16- and 17-year-olds we are introducing the Classics to that consumer. In certain pockets of the world, the fruits of our labor are going slowly and we are being patient, but we are starting to become a bigger part of the conversation within the urban culture.

5. How have you targeted your communication for those key demographics?
TK: To reach the older demographic, it’s through this Iverson launch. We know we have an archive of strong products that consumers want, whether it be Pump product from back in the day with Dominique Wilkins, or Emmett Smith product. It’s all about bringing it out in a cool way through interesting communication, like the “Street Knock” video we just did [with Swizz Beatz and Allen Iverson], or by selling it in the right distribution channels and keeping it premium by not putting too much out there. To the younger consumers, it is about introducing them to the Classics and all these shoes that were so relevant a few years ago. We are bringing those back in a cool way with very literal connotations about these shoes being classic and using musicians like Tyga and Rick Ross, who have big followings.