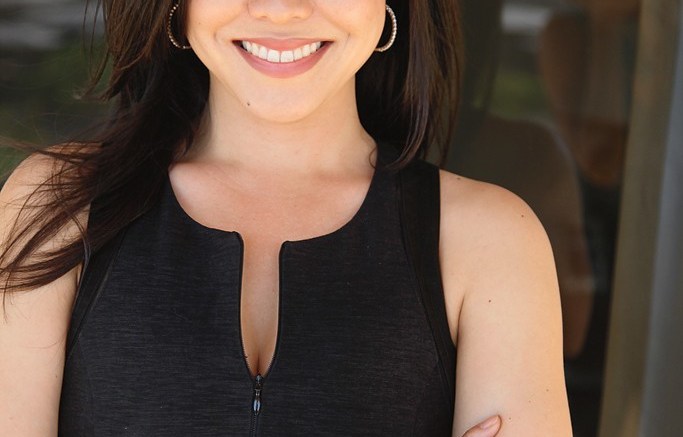 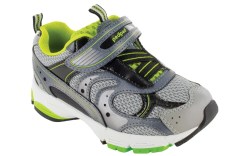 Pediped is growing up.

Although the Henderson, Nev.-based brand, founded in 2004, took its first steps in the baby market, it has been steadily branching out into other size ranges and categories. The past three years have seen the launch of Pediped’s Grip ’N’ Go first-walker collection, the Flex line of rubber-sole shoes for older kids, the Adventure waterproof outdoor series and a legwear collection. And this fall, the brand will introduce athletic and cold-weather offerings.

“We’ve been working hard to expand the line,” said Angela Edgeworth, founder and president. “We want to be able to cover all those bases.”

Despite stiff competition in the athletic space, Edgeworth is bullish about the new sneaker line, in particular. With budget-conscious parents now buying fewer pairs of shoes for their kids, multipurpose styles such as athletic shoes are selling well, she said. “The athletic portion of the business is really growing, and kids’ brands like Pediped bring a different approach to the category.”

Set to deliver to stores in August, the athletic collection features colorful, ultra-lightweight sneakers in both single- and double-Velcro-strap versions, retailing from $56 to $59. The cold-weather line consists of low- and mid-height snowboots with water-resistant uppers.

In another development, Pediped stepped into retail last May, opening its first concept store. The early success of the 1,000-sq.-ft. shop, located adjacent to Pediped’s headquarters, has the company plotting additional store openings. “We definitely see retail as an important potential growth vehicle for our brand,” said Edgeworth.

Here, the executive talks about gambling on the sneaker market and other big plans for Pediped.

Has it been difficult to transition Pediped beyond the baby category?
AE: The biggest challenge has been communicating this to consumers. A lot of people don’t know we are in those bigger sizes; they know us as a baby brand. It’s something we talk about a lot with our marketing team: How do we make sure people are aware? In addition to marketing, having our own retail stores is a good way to get that message across. We can fill an entire store with shoes and show consumers the full breadth of our offering.

What are your plans for opening additional stores?
AE: The first store has done better than we anticipated, especially considering it’s located in an industrial area where there is no foot traffic whatsoever. It’s been a great way to interact with consumers and get feedback on our products. So we’re looking into adding a second location in Las Vegas soon, and we are planning to open stores in other cities once the economy improves. When we look at the map of the U.S., there are a lot of holes — areas where our brand is underrepresented [at the wholesale level] — so we would likely look to open in some of those places first.

Athletic is a very competitive category. Why did you decide to jump in?
AE: A lot of our retailers are telling us the category is becoming a much bigger percentage of their sales, so we see this as an opportunity. And we feel Pediped has something different to offer. Whereas some of the big athletic brands might just take an adult shoe down into kids’ sizes, we’ve built an athletic shoe specifically for a child. We’ve considered every angle, [from] fit and flexibility to styling and lightweight construction. We actually bought all of our competitors’ shoes, put them on a scale, determined the lightest one and said, “We need to beat this.” Athletic is definitely a tough segment, but it’s something we think we can do well. We’re starting out small, with two styles each for boys and girls in multiple colors, and we’ll expand from there.

Considering the current climate in the kids’ market, could you have successfully launched the company today?
AE: If we tried to launch now, I don’t think we could have done it. It’s so tough for an independent brand now. You have shrinking distribution, so there is less of a pie to share. And anything that’s new and innovative, generally speaking, is probably going to cost a bit more, and consumers are no longer willing to spend [as much] on footwear for their kids. That’s been a challenge for us: figuring out how to keep prices down while still providing a quality product. We feel very fortunate that our growth has continued despite the economy and the challenging times in the industry.

Do you see Pediped growing into a lifestyle brand?
AE: We would love for that to happen. As a young brand, we’re still trying to find out what our identity is, but, yes, that is the ultimate goal. I envision [adding categories such as] apparel, but it’s not on our radar right now. There is still so much we can and need to do just in footwear. For instance, we’d like to explore larger sizes. As my own daughters, [ages 6 and 8], grow, we’ve realized there aren’t many choices for that older age range.