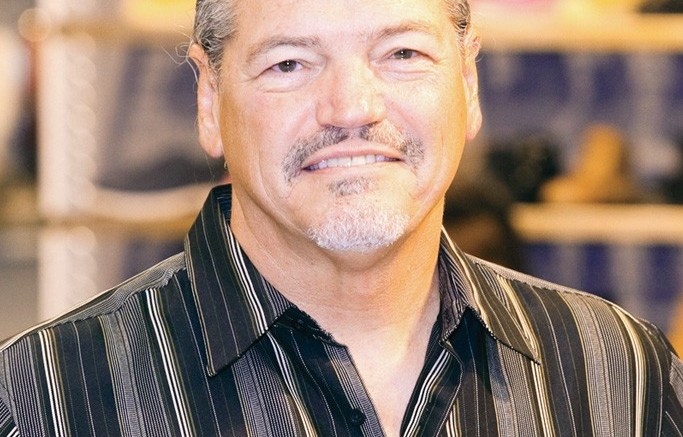 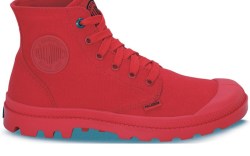 Larry Remington is back on the trail.

The footwear veteran of more than 30 years, who previously held executive positions at Skechers USA Inc. and Foot Locker Inc., has returned to the business and is taking on a new challenge: He aims to grow the Palladium brand as its CEO.

“After being in the industry as long as I have, it’s a pleasure to be back working with these professionals,” said Remington, who came out of retirement last year at the behest of Steven Nichols, chairman and CEO of Palladium parent K-Swiss Inc. “Steven is a master at exciting people about footwear. He certainly grabbed ahold of me.”

Remington has big plans for the boot label and aims to continue the momentum that has already been gained in the North American market.

“When K-Swiss bought the brand four years ago, Palladium started re-engineering all the product and making it more fashionable and relevant to the U.S. consumer,” Remington said. “It’s been working and we’re expanding quite rapidly.”

Now in about 550 retail doors, Palladium is looking to expand its presence nationally by creating individualized product for its various retailer partners. For example, the label entered national athletic chains for the first time this year by developing a collection of lightweight boots. A pop-up shop for Palladium’s fall ’12 capsule collection with designer Richard Chai is running in Odin in New York for the holiday. And the company is crafting a unique product offering for Macy’s for 2013.

“If we want to grow, we’ll have to offer differentiated product to all our distribution channels,” Remington said.

Here, the exec lays out the strategy for building the business and grabbing mindshare in the U.S.

What’s been the plan for growing Palladium in North America?
LR: We’ve built the brand steadily, selecting high-end distribution and not opening it up too big too fast. We are just starting to test the waters with bigger retail partners, and the results have been encouraging. Beyond that, there are even broader channels online that we haven’t touched at all, that will come into play at some point in the brand’s development. Each of these phases could represent major growth, but we’re determined to do it the right way and build this for the long haul.

How do you differentiate the label from other players in the boot market?
LR: Palladium is really built on urban exploring. We’re not like Timberland that has one foot in the canoe and the other foot in a stream, surrounded by trees. We are all about exploring cities and activities differently than other people would. The company [went from] building airplane tires in 1920 to building boots for the French Foreign Legion. There’s quite a story there that we can tell to customers. Retailers are looking for more from brands than just a brand name — they want something with heritage behind it that’s authentic and original.

Has the poor economy presented any new challenges?
LR: Because we’re new and kept the price of our product relevant to the marketplace — an oxford for $50 or a baggy boot at $70 — we’re still on a fast growth pattern even during these challenging times. That’s one of our key strengths: [making] good product and [giving] the customer extremely good value. Consumers are still looking for something new and they’re willing to spend money if it makes sense.

Palladium has collaborated with the likes of Richard Chai and Pharrell Williams. How important are these types of projects?
LR: Collaborations keep us relevant with the upper tier of shoppers, the tastemakers. They also give us an opportunity for new distribution. We’ve had some great success because they’ve kept things very exciting, which in turn generates a little buzz for us.

Your first branded retail doors opened in the U.S. last year. What are your goals in this segment?
LR: Those stores are really brand-building tools. We’ve built our stores around our urban exploring concept by using concrete floors, cement walls, rubble bins and our displays are on pallets, so it’s an industrial-looking environment. We’re looking right now for locations where we could expand that, and we’ve positioned ourselves for the opportunity of franchising our retailer operations in the U.S.