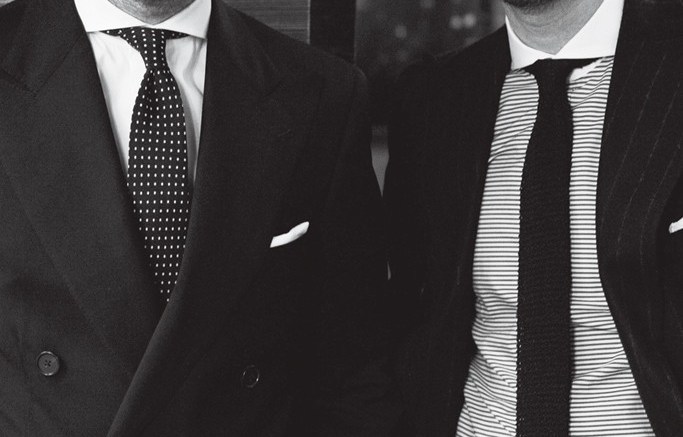 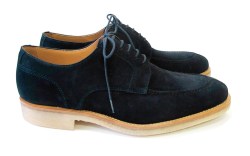 A lot can happen in a year.

The Ovadia & Sons men’s brand launched in 2011 with an assortment of shoes, apparel and accessories. And this year, twin brothers and founders Shimon and Ariel Ovadia were appointed creative directors for a spring ’13 line they are creating for men’s clothier J. Press. They also were named one of six Best New Menswear Designers in America by GQ, a publication of Condé Nast (owner of Footwear News). For the honor, the duo will create a limited-edition capsule collection for Gap stores this fall.

“It’s really cool,” Shimon Ovadia said of the Gap project. “It will put our name in the backyard of America and make it more accessible. The people who aren’t even that into fashion will see our name.”

The Brooklyn, N.Y.-bred Ovadias started working early in their father’s children’s apparel business, which they now run. The twins’ mutual love of clothing inspired their own high-end label, which they always knew would include a selection of shoes. The classic looks are made in England, with a few other styles produced in Italy, Holland and Hungary. The range features a tassel loafer, a cap-toe laceup, a chukka boot, a hiking boot out of Italy and sneakers.

“When we make the footwear, we don’t try to be too different or reinvent the wheel,” said Ovadia. “We like to take classic shoes and reinterpret them, but minimally. We’re not about making shoes that have neon-yellow soles. That may be cool today, but in two weeks, I’m going to be like, ‘Why in the world did I [make] those?'”

Ovadia & Sons apparel is carried by Barneys and Bloomingdale’s in New York, as well as Parkandbond.com and Boylestontradingco.com. The designers have taken a slower approach to wholesaling footwear: Styles are currently in CHCM in New York, available on the brand’s own website and through private appointments in the New York showroom.

Here, Shimon Ovadia talks footwear, the challenges of self-starting and why price still matters in the high end.

How did footwear become a part of your line?
SO: We were looking for the overall feel, and also there was a shoe that we really loved: a double monk strap. It’s a shoe that’s been around for so long, but we couldn’t find it in the way we envisioned it, with the right toe shape, buckle and quality. So we decided to go to England and find one of the world’s best shoemakers and design the perfect version that we had in mind. That was our most-popular [and best-selling] shoe the first season.

What is your approach to price?
SO: To be very honest, our slippers are made in the same factories as some of the other guys who are selling the same [product] for $700. Our shoes, like our double monks, are $595. We like to look at the item and say, “What makes sense? Who’s the competition and how do we get the customer to feel justified?” We’ll make a little bit less on the margin, but we’ll sell more shoes. We’re the customers, and I know what I would pay. When you get into anything with a six, seven or eight in front of it, it’s a different ball game.

Has that affected where you can sell the shoes?
SO: Yes. We only sell our shoes wholesale to a couple of retailers. But if Barneys was to carry our shoes, they would be $850, based on the margin and markups. So we’d rather sell direct.

What are your plans for growing the footwear business?
SO: We want to have a collection of classics that are available each season and then [add] a few seasonal items. A tassel loafer never goes out of style. We’re always looking to expand what we make in everything, [including] shoes and accessories. We’re also looking to get into new categories. And the ultimate goal is to have our own store in New York and grow from there.

What other challenges have you faced?
SO: Nothing was given to us. It wasn’t like we could use any of the resources that we had [in the kids’ business]. We didn’t even know where to buy fabric. We didn’t know where to make the clothing. We didn’t know how to get the patterns made. There was a lot of legwork involved. But the luxury we had was that we were our own bosses, so we were able to make our own schedule. But everything was a challenge. Convincing the factories to even make our product [was difficult]. We’re lucky to be in some of these factories, and that’s still a challenge.