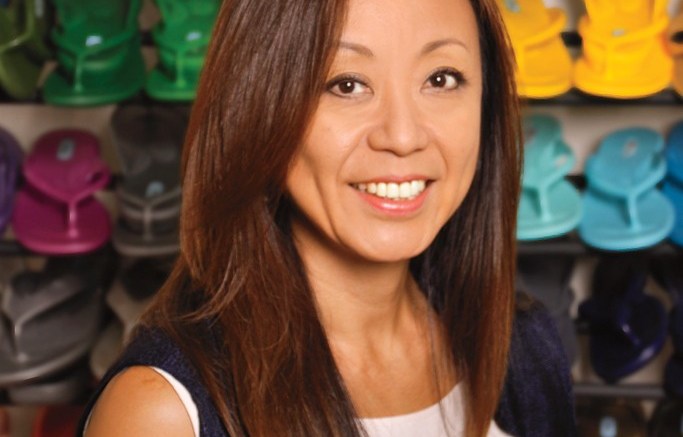 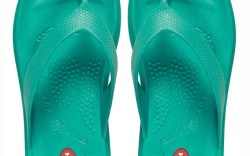 Okabashi Brands Inc. is a lot more than a flip-flop company.

The privately owned firm, known for its signature flip-flops with massage footbeds under the Okabashi label, is as committed to its comfort footprint as it is to its impact on the enviroment. Over the past three decades, Okabashi has produced more than 30 million pairs of molded footwear that is completely recyclable, and the company’s plant in Buford, Ga., touts a virtually waste-free production process. Domestic manufacturing is a priority, too.

“We’ve always made our shoes here, and now it’s in the consciousness of consumers,” Naomi Wakatake, creative director and chief designer, said about the renewed interest in American-made footwear. Domestic production was part of the vision of founder Bahman Irvani, who operated a shoe company in his native Iran before moving to the U.S. in the early 1980s.

Retailing for less than $20, Okabashi’s women’s, men’s and children’s sandals are available in 17 countries, with U.S. distribution focused on mass merchants and drug-store chains including Walmart and CVS. In 2005, the company launched sister label Oka B., a higher-end fashion line retailing for $45 and less. The move opened the door to more than 5,000 spas, boutiques and gift shops including the Wynn in Las Vegas.

“Okabashi’s design focus is definitely on comfort, while Oka B. is much more playful,” said Wakatake, who designs for both labels. “We have adornments on Oka B. While we still keep the comfort, it’s much more stylish and feminine.”

The company recently broadened its offering, moving into the closed-shoe market with colorful ballet flats from Oka B. in spring ’12.

Here, Wakatake talks about the advantages of manufacturing in the U.S. and how flip-flops can work from day to night.

You have a background in interior design. How have you applied that knowledge to footwear?
NW: When I studied interior design, I was simultaneously doing sculpture. I [would] cast bronze sculptures and do metal fabrications. Casting metal is very much like molding shoes. How I treat the shapes and forms for our shoes comes from [this] experience. Of course, [Okabashi’s] material has very different characteristics, but I see our shoes as a small-scale sculpture. I see [them] as objects, something beautiful that can stand by themselves and can be worn.

Why has manufacturing in the U.S. remained important for your company?
NW: Often, when things are produced overseas, details and aesthetics get lost in translation. [Making shoes] here gives us control. We can test things. And it gives us a quicker turnaround time. We can respond much quicker if there are any problems or consumer requests. We can’t customize everything, but we do listen to consumers and try to implement [suggestions] as much as we can. That would be more difficult if our shoes were made in China, for example, where things are manufactured in boatloads.

How do you explain the continued popularity of flip-flops?
NW: I lived in Hawaii for 15 years before moving to Georgia. There, flip-flops are the primary footwear worn year-round. Flip-flops really represent that island lifestyle. They’re about being comfortable and free, and [evoke] a relaxed attitude. I wear them all day long. We have beach flip-flops, evening flip-flops [and] dress flip-flops.

What have you done to differentiate Okabashi in the increasingly competitive flip-flop market?
NW: We keep our shoes affordable. It’s easy to keep adding things that would make them more expensive. I’m very conscious of fashion and color trends, but comfort is definitely what we focus on. We have arch supports and massage beads strategically placed throughout the footbed, and some shoes have little toe rests. [We also concentrate on] the flexibility and the softness of our shoes. For as long as we’ve been in business, we’ve stuck with [our proprietary Microplast material made of recyclable plastics]. We want to be like Kleenex [is to tissue] when people think of flip-flops.

It took 30 years to move into the closed-footwear business. Do you have plans to further grow that category?
NW: We [were] playing with the idea of going into booties or a bootlike shoe; [however], we don’t want to go into too many styles that are not our core competency. We don’t want to lose our focus on comfort features, so whatever styles provide the most comfort are the ones we’ll [try]. And we don’t want to stretch ourselves too much. I’m a flip-flop person, but in the cooler weather, I wear our ballet flats.