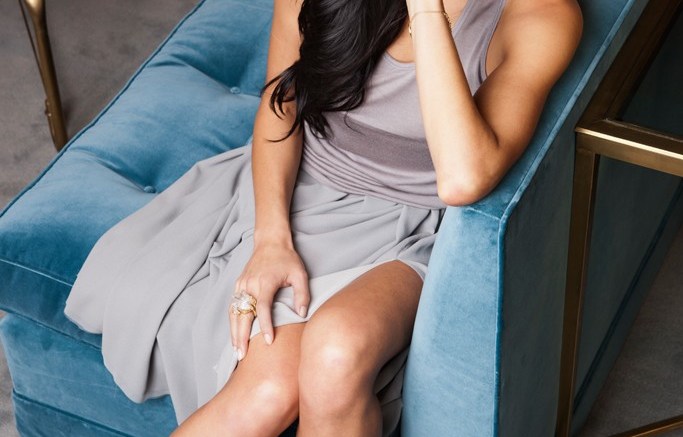 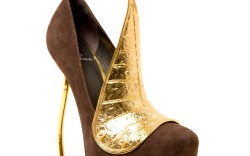 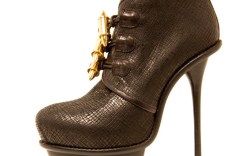 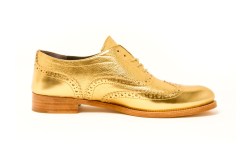 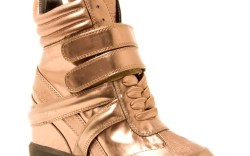 When Chiang bowed her eponymous fashion label in 2011, she included women’s apparel, handbags, jewelry and footwear (lingerie debuted for spring ’12). The designer also moved swiftly into retail, opening her first store in Los Angeles in October and a second location, the label’s New York flagship, in Soho earlier this month.

Monika Chiang footwear, which retails from about $200 to $1,000, makes up 25 percent of the label’s offerings, and the designer said the category is an integral, strong-selling piece of the brand and will continue to grow over the next few seasons.

Chiang recently chatted with Footwear News about the demand for high-end shoes, her burgeoning retail business and why her own closet is her best source of inspiration.

1. Why was it important for you to include footwear as part of your mix from the beginning?
MC: I’m very hands-on in designing my collection and have a clear vision of what I want, so it never even entered my mind to bring someone in to collaborate. I design all the categories, and for me, one of the most fun parts of the process is working through the challenges of developing each piece. It’s also very intuitive because I am a woman designing for other women and I’m creating things that I really want to wear myself.

2. Why did you choose to open your first store in Los Angeles?
MC: New York was always in the plans, especially because my business is based here, [but] it just so happened that a wonderful location was available in Los Angeles first, so I seized upon that opportunity. Aesthetically, the New York store has a lot of shared DNA with the design of my L.A. store. It was important to me to refer back to the tone we initially established for the brand, but also to give this store a distinctly New York point of view.

3. Where do you go for inspiration when it comes to shoe design?
MC: I look to a variety of sources. I have been collecting shoes for many years, so often it’s just a matter of looking into my own closet. I also love scouring the flea markets and vintage shops. I love bold statements and really like to push the limits.

4. Why has footwear continued to do well, even in a down economy?
MC: It’s about feeling good and the way shoes can give you an instant emotional lift. And shoes also create excitement and that “I need to have it” impulse that transcends anything else that’s going on.

5. What are your future goals for your footwear business?
MC: As with anything I design, I want my shoes to make women feel strong and confident. As far as the business part of it, we’ve had such great feedback on the shoes [that] I would naturally like to extend our reach to a wider audience.