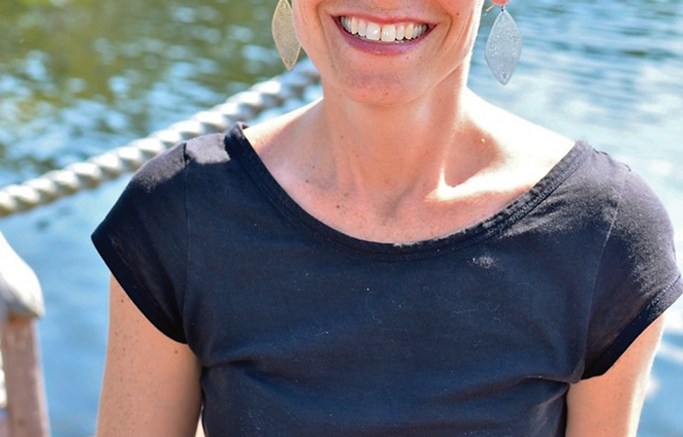 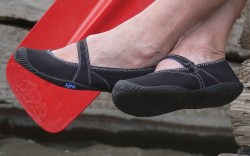 For Kigo Footwear, outdoor product and environmental responsibility are two ideas that work well together.

Founded in August 2009, the Norcross, Ga.-based minimal outdoor casual brand has made sustainability a key initiative since day one. And as a small, privately owned company, that wasn’t always easy.

“When we [started], the options for sustainable, recycled or nontoxic materials were very limited,” said Rachelle Kuramoto, co-founder and head of sales and marketing. The company began working on post-consumer-recycled PET for its uppers with supplier Hoyu, which partners with independent environmental evaluation firm Bluesign.

But as the line grew to six styles from two, Kigo continued to look for ways to improve its impact.

For fall ’11, the brand teamed up with Newport Beach, Calif.-based Plus Compound Technology, the manufacturer of Plusfoam, a TPE-based material for insoles, midsoles and outsoles that can be entirely reconstituted and recycled. By incorporating the material into the insoles and outsoles of two styles — the Fit and the Drive — Kigo not only increased the sustainable content of its line but also found a new way to handle end-of-lifecycle issues. Through Plus, consumers can return used Plus product to be recycled and, in exchange, get a 25 percent discount on a future purchase.

And this spring, Kigo partnered with Soles4Souls to offer consumers who donate their used footwear to the nonprofit a break on their next pair, too.

Such giving opportunities are important as Kigo grows, said Kuramoto. “We knew we would be a small company, and we could make those decisions for ourselves,” she said. “For now, these are decisions we can make.”

Here, Kuramoto talks about forging partnerships, consumer demand and where she wants the company to go next.

What attracted you to Plusfoam?
RK: At Outdoor Retailer in 2010, I attended what they called a speed-dating session for designers and manufacturers. The company we were working with for manufacturing was doing an OK job, but it didn’t really understand what we were trying to do from a minimalist standpoint. I saw the Plus Compound technology, and after talking with these guys, I thought this was where our company needed to go. They have a low-carbon emission mill in China, and one of the things we really loved was not only the [recyclable] material but the way they were producing it. We already had a certified nontoxic upper, so to add a recycled insole and outsole let us be as responsible as possible.

Did the Soles4Souls partnership evolve in the same way?
RK: We have always been very active supporters of Soles4Souls, and we’ve got all these people who have product that can’t be recycled, but can be worn again. So we decided that anything that couldn’t be recycled could be given to Soles4Souls, and the consumer will get the same discount as anyone who does the Plusfoam recycling. We’re working with two different programs: One is [where Soles4Souls] cleans up and repurposes [the shoes] in a direct way. The other is a microloan program, where they ship the footwear product to entrepreneurs, primarily in Africa, who actually clean up the shoes and resell them.

When do you expect to start seeing the first product returned to Plus?
RK: I hope it doesn’t happen for a really long time. But we want to see the results, too. Our testing suggests that the shoes are good for around 500 miles, so I would say probably in the next couple of months. We’ve worked to use our social media channels to get the word out, and with our retailers, we’ve made them aware of the process.

How interested are your customers in recycling their footwear?
RK: We’ve got a really strong base of repeat customers, the ones who are the first to buy, the ones who are vocal on social media. They are excited about this, not only that they can join us in our efforts but that we’re going to reward them. We’re hearing from that vocal customer, but [that group] is not as large as we would like. But this is something that is fairly new and the understanding has to grow.

What are your next goals when it comes to the sustainability of the line?
RK: The next few goals would be to find a mesh we can use for a more airy upper, and different types of textiles to be more season specific. We’d like to source some of these textiles more quickly than we currently can. The process of creation is time-consuming and makes the production schedule longer than it might be otherwise. As a small company, the limits are certainly there. There are larger companies with more resources, and going forward, it’s not out of the question that we would [share what we know with them], or even be a part of something bigger [through being acquired].