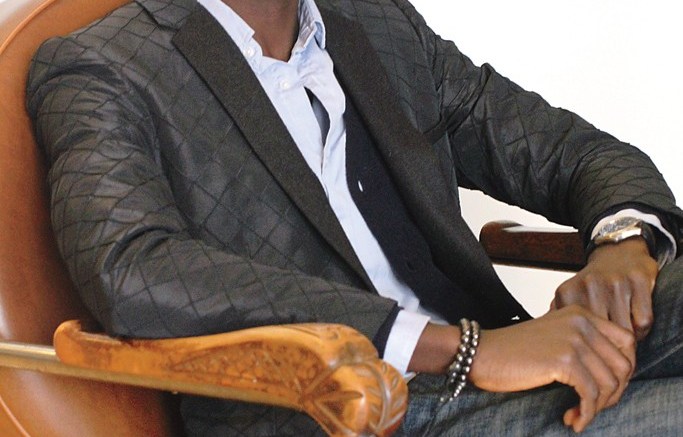 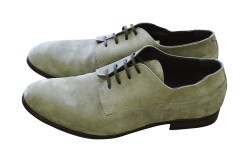 Armando Cabral is more than a pretty face.

For years, the Portuguese model saw — and wore — hundreds of shoes, but none met the requirements he looked for in men’s footwear. So Cabral, who has a degree in business from London Metropolitan University, took it upon himself to design that perfect pair.

“It was something where I woke up and said, ‘I’m going to do this today,’” said Cabral. “I love sketching shoes. I’d always wanted to do them, so when I had the opportunity, I knew I would take it.”

In his first season, Cabral enlisted the help of Rucky Zambrano, who was previously senior footwear designer at Hugo Boss. Zambrano assisted in finding a factory to make the high-end shoes in Italy.

The namesake line has steadily expanded since launching in two stores in Portugal in 2009. The second season focused on London (then Cabral’s home base), and landed in Dover Street Market as an exclusive. Now in 12 countries, the brand hits the U.S. for fall ’12.

The collection features eight styles in multiple materials and colors, retailing for $260 to $500 at shops such as Steven Alan and Odin in New York. The looks range from dressy oxfords with printed leather uppers to a brushed suede hiking boot and a high-top sneaker made of deerskin. The line was different enough to gain the attention of a well-known designer, who offered to buy the business shortly after its debut, but Cabral declined.

“It’s nothing I would want to do at this stage,” he said. “I’m in it for the passion. There are two reasons I did this: One was that I love shoes; and [the other], I can do this for another 40 years. It really isn’t about money for me.”

Here, the budding designer, now based in New York, talks about calling on contacts, confronting challenges and where he’d like to go next.

Why did you choose shoes for your foray into design?
AC: For men, there are only two things we can actually show off: It’s the shoes and our watches. After 12 years of modeling, I’ve seen and consumed shoes [so much]. And it was coming to the point where it was difficult to find shoes that met that particular thing I wanted in [a pair]. I’m privileged to be in the industry, and I have a lot of contacts.

What was the biggest challenge getting started?
AC: The biggest challenge was that it was all financed by me, and of course, as a small company the things you can do are limited by your budget [rather than] being able to say, “Let’s try this.” But that taught me a great lesson not to limit your creativity. I pushed myself to do more things than I thought I could do. But in the beginning, I was wishing I could do this or that.

How are you balancing your new business with your modeling career?
AC: So far, I’m capable of combining the two. My main job is with J.Crew, and that’s something I really love doing. It’s good to be able to manage both, and maybe things will change, but I’m happy this way.

Was it particularly important for you to make the shoes in Italy?
AC: Initially, the idea was to make the shoes in Portugal because that’s where I’m from, and Portugal is actually [a very large] producer of men’s shoes. They’re really good. But when we found the contact in Italy, it was more cost-efficient because Rucky lived there. He was able to go to the factory and follow things. [Production] can change in the future, but we are very happy with Italy.

Would you like to expand the brand in the future?
AC: Absolutely. When I started, I felt like I had to have something that people would know me for. I like to be sure about what I do. Shoes are just one thing I know as a consumer, but eventually, as a business, if you want to grow you have to diversify. We’re not in a rush, but I hope it eventually will be a full-on house that offers a range of products. There are a lot of things in the pipeline. Women’s [shoes] are something we are thinking about in the very near future — a lot sooner than you think. We’ve been getting a lot of demand. Everybody says they wish we did women’s shoes. I can tell you, I have a lot of girlfriends, and I’ve been checking them out a lot, taking notes.