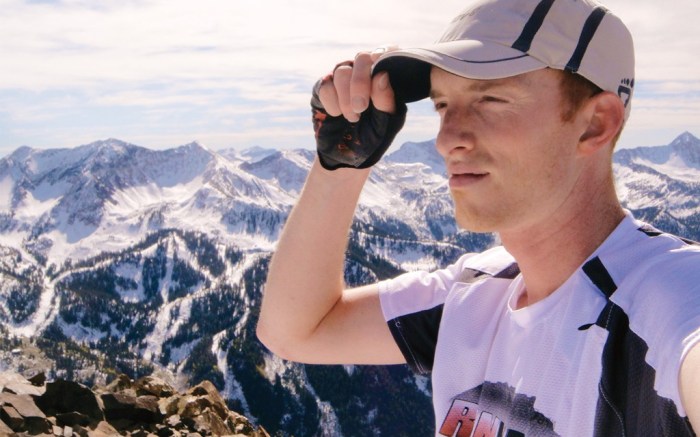 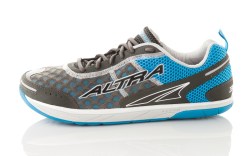 Since launching two years ago, the Salt Lake City-based brand has quickly made a name for itself in the competitive specialty running market with its trademark Zero Drop footwear. Altra’s shoes feature a flat sole from heel to toe to promote natural foot strike, while an extra-wide forefoot gives toes room to splay. The goal, said company founder Golden Harper, is to deliver the biomechanical benefits of barefoot positioning, but with the protection and structure of cushioned footwear.

“Barefoot shoes are great as a training tool and for strengthening your feet, but they’re not realistic for runners doing long distances,” said Harper, who completed his first marathon at age 10. “They need that cushioning and support to avoid injuries.”

The seeds for Altra were planted about four years ago at his family’s Orem, Utah-based shop, Runner’s Corner. Harper, armed with a degree in exercise physiology, observed that many customers rolled their ankles and were significantly over-striding. He blamed the clunky, elevated bottoms of regular running shoes and decided to experiment by cutting open a pair of sneakers and removing the heel cushioning, or drop. “I went out for a run in them and was pretty amazed,” he said. “There was less impact, and I didn’t have to think about my foot strike.”

Soon after, Harper was selling those modified shoes at the family store, and consumers bought 1,000 pairs. Believing he was on to something, Harper launched Altra, which is now in 400 U.S. specialty running shops, retailing for $80 to $125. Top-selling styles include The Lone Peak, a mountain running shoe, and The Instinct, an everyday training shoe.

Here, Harper talks about the science behind zero drop and taking on the giants in running.

What sparked the idea for Altra?
GH: We started filming customers on the treadmill [in the store] and found they ran great barefoot. But then they’d put on the running shoes we had just sold them and everything went out the window. We asked ourselves, “Are we really helping our customers or hurting them?” If you look at a typical running shoe, it’s twice as thick and heavy in the heel as it is in the forefoot. I thought, surely that’s influencing things.

Why zero drop?
GH: Zero drop is the way we were born, the way we get out of bed each morning. It’s our natural foot position. We also spread our toes, so it makes sense to have a wide, foot-shaped shoe. But if you’re going to run longer distances, you need cushioning. And that’s not something typical of most barefoot shoes. Altra’s shoes offer a nice balance between giving people the benefit of barefoot as far as running technique and foot strengthening, and providing traditional cushioning and support.

A large percentage of running shoes have elevated heels. Do you see the industry moving away from that in the future?
GH: We are definitely going to see a shift. It’s already happening. If you look at the big brands, they’re slowly easing their way to where we are. They have to do it gently, gradually, because it’s a hard sell to just stop and say that what they’ve been doing all these years is completely wrong. For years, brands have been telling people they should land on their heel and that’s why their shoes have airbags and stability devices. We also need to be focusing more on form and technique and less on stability.

How difficult has it been to break in to the running market?
GH: We’re definitely starting to play in that sandbox with the big boys. We’re currently the 10th biggest brand in running specialty [according to Leisure Trends sales figures]. We’ve stolen some market share, and people have taken notice of that. The market has not traditionally been receptive to newcomers, but that’s changing. Still, brand recognition is a challenge. We’re not an Asics or a Nike at this point, but we’re excited about what we’ve accomplished so far.

How do you see Altra expanding?
GH: We’re a bunch of running geeks who do ultra-marathons, so our primary focus is always going to be running specialty. But we do feel the benefits of zero drop and foot-shaped constructions apply across the board. If there is a need, we’ll supply it. When it comes to expanding our running offering, we’ll try to fill every category, but at the same time, not overcrowd it. We want to make one shoe for each category — [whether it’s] moderate neutral, moderate stability or max cushioning neutral — and make it really well.