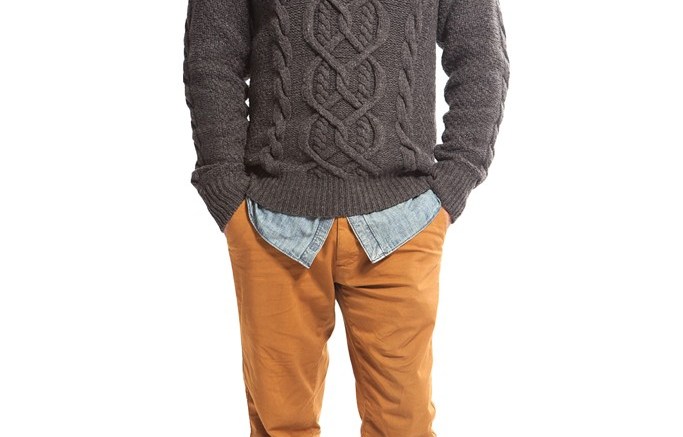 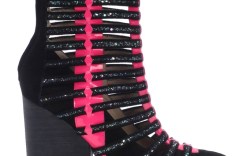 Matt Bernson is on a roll.

After opening his first store in New York this spring, the designer continues to expand categories, launch collaborations and lock down top accounts.

This spring, jewelry, which was previously sold exclusively in the designer’s retail store, will be available wholesale, while a collection of nine handbags will make its debut. “For me it’s about my interest and when I feel that there is something we can do that will be meaningful,” Bernson said of launching additional categories. “I have to have an idea or spark to want to do something new.”

Bernson also launched a small men’s collection for fall ’12. “My men’s collection is a really personal project,” he said. “The design comes naturally, and I like to make simple things that I would wear every day.”

The new project, however, came with a few production challenges, he said. While he’s able to produce 50 women’s styles in just two months, making three men’s styles took a year. “I am putting a lot of resources behind infrastructure to develop and produce the men’s,” he said, adding that seven styles will be available for spring.

Bernson also teamed with the makers of jewelry line Dannijo for a fall collaboration and said he’s working on another joint project with a yet-to-be-announced apparel designer next season.

And in between expanding his offering and striking partnerships, Bernson has focused on growing his retail accounts. His brand has a strong presence online and in specialty stores across the country, and he landed 10 Nordstrom doors for fall.

When it comes to his own stores, Bernson has his sights set high. “I want to open the next batch of stores all at once so we can manage it all together, versus slowly rolling them out. We know how it works. It just has to be executed well,” he said, adding that Los Angeles; Chicago; Miami; Dallas; and Charleston, S.C., are on his short list for locations. Internationally, he said he hopes to open a Tokyo store in the next two to three years.

Here, Bernson talks celebrities, collaborations and the importance of his own retail store.

1. How has your retail store impacted your business?
MB: The retail store has given the brand a huge boost in so many ways. The customer can now come into a space that I designed to see the entire collection in an environment that is so true to our aesthetic. People finally get a chance to see the full breadth of what I do. And it has motivated me to try new things and create exclusives for the store. Customers can see that there is something genuine and real behind the brand. We are not some giant corporate monster pumping out pieces we don’t believe in.

2. Why do you like to collaborate with other brands such as Dannijo?
MB: I learn so much watching other people’s creative process. Especially watching people that I admire. With Dannijo, I have a great appreciation for the designers’ point of view and execution. I got to see Danielle and Jodie Snyder sort through ideas and overcome obstacles, and we had to do it together. The result is something so different from what I would have designed on my own, but something that I truly love and want others to love.

3. How important is the power of celebrity for your label?
MB: There is no denying that the association with celebrities known for their style has been very beneficial in establishing my brand. The fact that it is organic has been amazingly helpful. There have been times when a few celebrities have worn the same item and the phone just starts ringing. And those items usually become longer-lasting, coming back season after season.