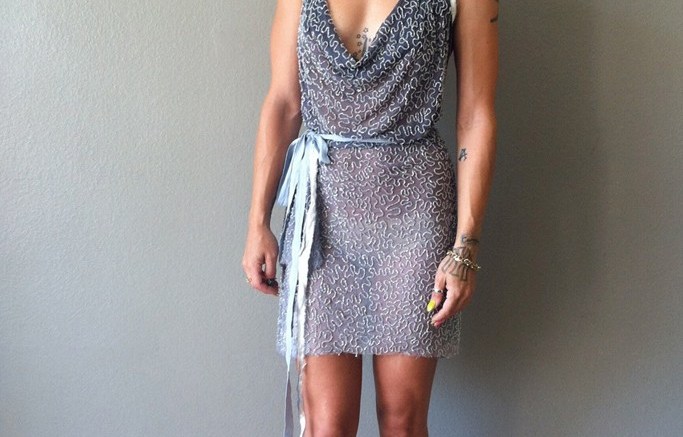 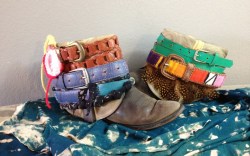 Niki Dimitras knows how to hustle.

“I started my company from nothing,” the designer said of her 10-year-old fashion label, Luxury Jones. Dimitras also has worked as a stylist for film and television (she won an Emmy for her work on “Portlandia” in 2011), as well as music. Over the summer she recorded her first hip-hop single, “Just for Fun,” in her hometown of Portland, Ore. But lately, footwear has taken center stage for the designer.

Dimitras’ handmade Luxury Jones boots, which retail for $400 on average, have caught the eye of retailers over the past few seasons and made their way into Free People and independent boutiques such as Portland-based Solestruck and Shoe Market in Brooklyn, N.Y.

Dimitras started creating the boots for herself four years ago, deconstructing and reworking vintage Western styles, adding embellishments such as pieces of retro belts, scarves, feathers and knitted ornaments. Today, she still gives new life to shoes by hand — a process that takes up to a week per pair. However, Dimitras said she’d like to delve into mass-market footwear, too. (The same holds true for her apparel line, which recently launched a capsule clothing collection with Urban Outfitters that hits retail in October.)

“I love the boots and I will probably always make them, but I am really interested in having a manufactured line of shoes,” Dimitras said. “Ideally, a year from now, I will have a [full] line of my own.”

She spoke with Footwear News about her passion for all things old school, growing pains and the dirtiest part of her job.

1. You’re primarily an apparel designer. What sparked your interest in boots?
ND: It happened by accident. I was in the bath one day and I thought about cutting up a boot. I went out that day to a vintage store and bought [a pair of old boots] and I did it. It was super-cute. Other people went crazy for them when I wore them out, so I started making them for sale. My favorite thing in the world is to remake old things. I don’t do it because it’s easier than starting from scratch; it’s because I see something else in old things. I’m attracted to a shape that already exists.

2. How do you find your vintage materials?
ND: That has been the biggest challenge. It turns out there is an enormous, worldwide network of what they call the rag trade. There are warehouses all over the world. I’ve talked to people in Dubai about getting vintage boots, and I am also thinking about going to Texas. The boots are the hardest to get and keep in stock. We mostly source in Los Angeles twice a month at wholesale vintage warehouses. Some of them are filthy, and you really have to dig. Some of the boots seriously have cow shit on them. That’s the unglamorous part of my job.

3. What’s has been the hardest part of starting out in the footwear market?
ND: My biggest hurdle right now is just taking my company from me being the sole employee — taking it from this one-of-a-kind place — and jumping up a step. That takes a lot of capital, so I’m trying to get bigger orders. For Free People, I made 460 pairs. I’m trying to get another 200-, 300- or 400-pair order.