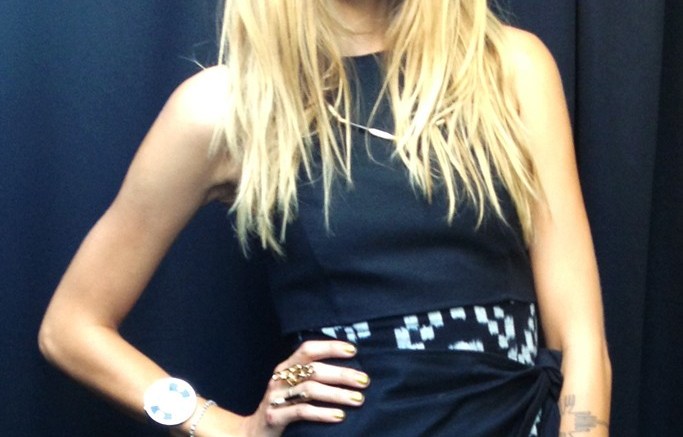 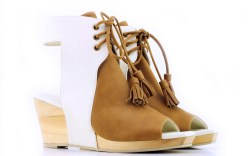 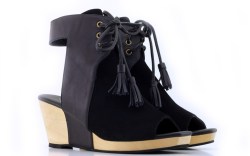 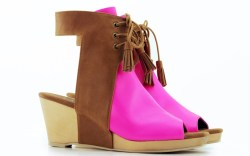 Brooklyn, N.Y.-based designer Gretchen Jones is no stranger to the catwalk: She won season eight of “Project Runway” and has been creating and showing her eponymous apparel collections ever since. But this year’s New York Fashion Week marked an important milestone for the emerging talent. “It was my first shoe,” she said.

Jones collaborated with Sydney-based brand Shoes of Prey on a peep-toe clog in three colorways, which she paired with her clothing at GenArt’s Fresh Faces in Fashion show. She will present the footwear again during Vancouver Fashion Week, which kicks off on Tuesday.

The designer took time in between events to chat with Footwear News about her first foray into shoes.

How important is choosing the right footwear when it comes to creating complete looks for the runway?
GJ: For any designer, the footwear is imperative. It tells a stronger story and keeps your brand identity true. If you don’t have the right shoes, it’s not a great outfit.

Did this first experience designing shoes make you want to add branded footwear to your label?
GJ: It made me feel like footwear is certainly a direction that is worth going into, and that I have the potential to grow into, but I would need support to incorporate that seasonally. Running a successful, healthy clothing line is the priority. I want to be here for the long run, so growing organically and small, and working in [my] niche while adding categories is the right direction.