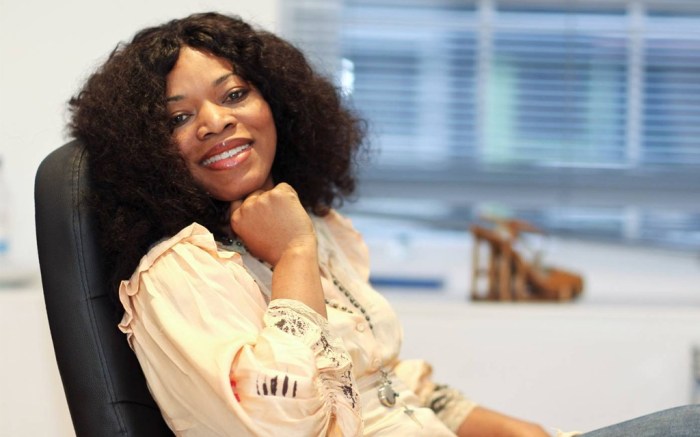 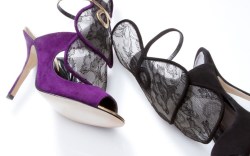 Theresa Ebagua is going home. After working on her footwear line with Peter Marcus Group in New York, the designer is relocating the Chelsea Paris label to her native London.

“I wanted to get back to my roots,” Ebagua said, adding that travel between London and Milan, where the collection is produced, and to Paris, where she finds much of her inspiration, will be a lot easier now.

Ebagua also will have a base in the City of Light, where she has recently started working with a sales director to focus on international growth.

And while the sales force is focused on fall, Ebagua is already working on pre-spring ’13, her first interim collection.

Here, the designer dishes on finding the perfect textiles, growing her brand internationally and returning home.

1. Why did you decide to move your business to London?
TE: Originally I’m African, but I [grew up] in London, as my parents moved there when I was 8 years old. From a business structure, it’s just better for me. I’m closer to the factories in Milan and to Paris, where most of my inspiration comes from. I can go to Milan to work for the day or go to Paris to do research. I also wanted to be in London because the brand’s style is very French [with] a British sensibility.

2. How is your brand growing globally?
TE: I did Premiere Classe for the first time last season, and I had a great interest from Asian and Middle Eastern markets. Sixty percent of my orders last season came from international retailers. We sold to chain stores in Japan, the Middle East and Germany. This season, I’ve [hired] a sales director in France just to work on the international market. She is working on two goals right now: to grow the business internationally and to find strategic partners in different regions. [She’s investigating] places where we already have a presence, but there might be more interest and opportunities. [In the U.S.], the business is still going strong, but we’re trying to get a major [department store]. We are currently in boutiques from Los Angeles to Washington, D.C., to New York.

3. What new directions did you take with your fall collection?
TE: There was a lingerie scene in the movie “The Last Metro,” and I thought maybe I should play with lace and corsets this season. I wanted something that was delicate, chic and a little vintage to help portray my vision. I was in Paris and went to a showroom that was lace heaven. We found this very delicate lace with a bit of structure to it, and we are interpreting it on a number of styles. Another material that stands out is an African monochrome print. I like to put a bit of heritage into my collection. Three years ago I was in Ghana on vacation and I found two swatches of material that [captured] my attention. This season I thought maybe I should bring one of them back. I gave the print [to the Milan factories] to commission it onto the shoes.