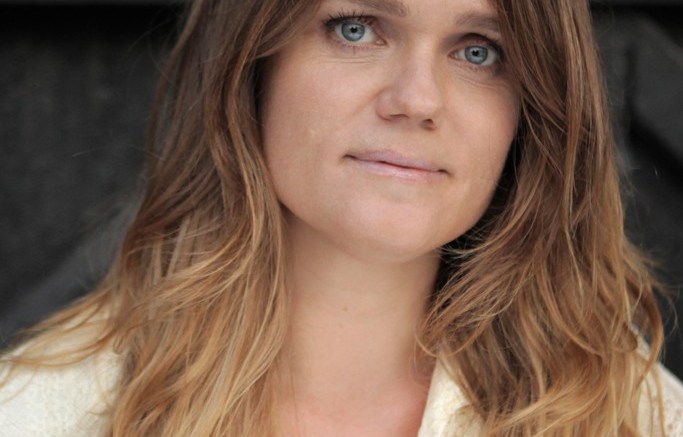 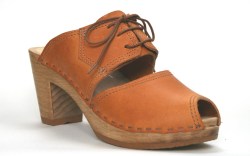 Isobel Schofield took a creative sabbatical earlier this year, and the move led to a new career as a women’s footwear designer.

Schofield, who bowed Brooklyn, N.Y.-based clog brand Bryr this fall, left her job as women’s design director at American Eagle Outfitters in May 2012, with the goal of taking time out to boost her creativity and blog about the experience.

“I gave myself permission just to do whatever I wanted, no matter how goofy or illogical it seemed,” said Schofield, whose professional background also includes working in knitwear design at Velvet and Splendid. “One of the things I had always wanted to do was learn how to make shoes.”

The designer said she discovered Chisago City, Minn.-based clog-maker Sven Original during a web search. “I just sent an email out into the dark to the owner, Marie Rivers,” she recalled. “I asked to be an apprentice for two weeks. I said, ‘You don’t have to pay me. I’ll be helpful and I won’t get in the way, I promise.’ It seemed illogical, but she called me back literally half an hour later and she was incredibly open and interested.”

Not only was Rivers interested, but she also invited Schofield to come to Minnesota and even loaned the designer her car while she was there. The two became fast friends, said Schofield, who was so inspired by the experience that she created her own brand, which is manufactured by Sven.

Bryr, which retails from $265 to $410, includes leather clogs, from sandals to boots, in styles combining masculine and feminine details. The footwear is currently available via the recently launched Bryr e-commerce site, but Schofield said she has been showing the collection to buyers and hosting trunk shows in her Brooklyn apartment.

The designer recently chatted with Footwear News about her ultimate dream job and why manufacturing in the U.S. is a must for her brand.

1. Why did you choose to keep Bryr’s production 100 percent domestic?
IS: I think there’s something really intrinsically good about that. There’s something happening right now in America [in manufacturing] — it’s a coming home. [Consumers] are truly beginning to see the value in investing in America and buying artisan products that are really well made and will last forever. There’s a quality difference that is huge, and I wanted to be attached to something like that.

2. As the founder of a new brand, are you feeling optimistic about the market?
IS: I do. I have been watching the Democratic National Convention for the past couple of days, and I know that there has been economic hardship in the country, but that is part of the reason why I feel like the idea of buying American will resonate with people. People are beginning to realize that it’s important to support manufacturers in America and that buying something that will last for a long time is a good investment. I want these shoes to be something that [the original customer’s] daughter picks out of the closet in 20 years and says, “I love these. I want to wear them.” I want them to be classic.

3. What are your long-term goals for Bryr?
IS: I am focusing on the near future right now, but I can imagine, down the line, opening a store. I’ve always loved vintage clothing, so maybe I’ll do something there where I sell the shoes [alongside] vintage [apparel]. I’m also a knitwear designer, so I can imagine that creeping back in again. But right now I’m letting [the label] grow organically and take me where it wants to go. Living the dream would definitely be having a store in L.A. and a store in Brooklyn.