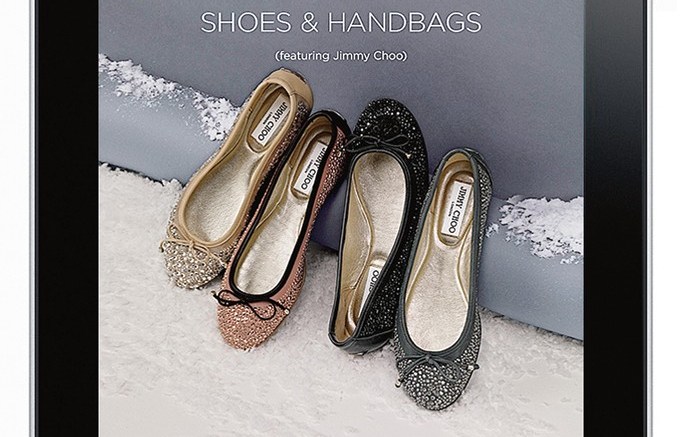 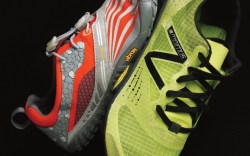 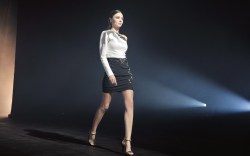 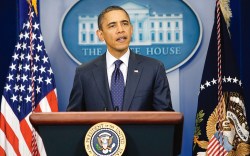 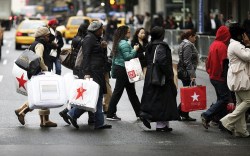 What will 2012 bring for the footwear industry? Fresh challenges. Big opportunities. And a whole lot of uncertainty.

After the roller-coaster ride of 2011, the new year is shaping up to be another frenetic 12 months. The European debt crisis, which battered shoe stocks in the back half of last year, continues to be top of mind. The industry also is still grappling with a challenging sourcing environment, rocky economy and fickle consumer.

There are new obstacles, too. An already-charged political atmosphere in Washington, D.C., will heat up even more with a hotly contested presidential election, translating into more uneasiness for the industry. Firms must also plot global expansion more carefully in a landscape more complicated than ever.

But there are some notable bright spots. Retailers and consumers alike are energized by the proliferation of new women’s trends, namely the return of the elegant single sole. An emerging crop of young talent also continues to shake things up in the luxury world, while many firms in the outdoor and athletic spaces are capitalizing on the minimalist craze. In addition, the upcoming Olympic Games in London will put the big brands — Nike, Adidas, Puma and others — in the spotlight this year.

On the retail front, department stores are vying to have the biggest and best shoe assortments, as both Macy’s and Barneys plan revamps this year. Some notable battles will take place in the boardroom, too, with a number of big sales expected to go down in the next few months. (Collective Brands Inc. is at the top of the for-sale list.) And expect the executive shuffle to continue: Already, last week, Camuto Group President Bob Galvin departed the firm.

1. The Sourcing Equation
After sourcing costs skyrocketed in 2011 for most footwear vendors, industry watchers said some of that pressure is beginning to let up. That’s not to say costs won’t still be a concern in the coming year, but the rate of increase does appear to be slowing.

“There are still significant cost pressures, but some aspects of those have moderated,” said Nate Herman, VP of international trade at the American Apparel & Footwear Association. “They are still higher than two years ago — 50 to 80 percent higher — but that’s better than last year.”

Herman also noted production will be on the move in the coming year as more companies explore manufacturing options outside China. In fact, he said, footwear imports from China are down 3.5 percent from a year ago.

“That’s due to people moving. Vietnam and Indonesia have been the biggest recipients of that [business],” he said. “You also see people exploring new markets and new suppliers in Bangladesh, Cambodia, Nicaragua and even places that were not traditional footwear suppliers, such as Ethiopia. Nobody is going to move all or even half [of production] outside China, but they are moving 10, 15, 20 percent to new markets and testing to see what works.”

2. All Eyes on Europe
Concerns over the European debt crisis have been weighing on the global markets for the past six months, and analysts expect more of the same in the first half of 2012 as world leaders hammer out a plan of action.

“The reality is that if there is still no orderly resolution [soon], and Greece takes a [more than 50] percent haircut, then Europe’s retail business could completely shut down,” said Kenneth Stumphauzer, analyst at Sterne Agee.

Paul Swinand, an analyst at Morningstar Inc., noted that Italy and Spain, in particular, face a tough year for consumer spending.

3. Rock the Vote
The world will be glued to the 2012 presidential race, and many footwear players worry about the distraction it will cause in Washington, particularly with unemployment and health care still front and center.

Matt Priest, president of the Footwear Distributors & Retailers of America, said it will be particularly challenging to advance issues that matter to the industry — for example, trade and sourcing legislation — during a year when the government is reluctant to make major moves. “Our job becomes much more important in terms of waving the flag on these issues,” Priest said. The good news: Once America casts its vote, President Obama (or a new Republican leader) will have the confidence to forge ahead with their agendas.

4. Executive Watch
Big-boss longevity was in question in 2011. Matt Rubel, Tamara Mellon, Joshua Schulman, Scott Savitz and Scott Silverstein all made sudden, if not shocking, departures.

“2011 was a year where many companies were not happy with their performance and were investing in new leadership that they hope will generate significant improvements,” said John Jonas, founder and CEO of The Jonas Group. “Companies continue to come to us not nearly happy enough with the performance of their businesses and asking us to find much more capable talent.”

And with so many high-profile names out in the job market — and companies searching — it’s a good bet last year’s exits will be this year’s hires. That case becomes more compelling given that many of the execs who left have had long, distinguished careers in the retail and footwear arenas.

5. Retail Race
Department stores kicked up new battles in 2011, expanding their shoe departments and broadening their assortments, and they will continue to try to outdo one another this year.

In 2012, Barneys New York and Macy’s are the ones to watch, especially as the latter is investing $400 million in remaking its Herald Square flagship and creating what it believes will be the world’s largest shoe department. “No retailer rests on its laurels for too long without feeling gained on [by the competition],” said Arnold Aronson, managing director of retail strategies at Kurt Salmon.

“Saks Fifth Avenue had the first and best approach to maximizing the luxury and aspirational [shopping] experience, and the industry has basically followed its lead in taking big steps. You’ll see more stores re-engineering and adding embellishments.”

Meanwhile, Simon Doonan, the 25-year creative veteran at Barneys New York, quipped of the revamp race, “That’s what retail is: a dynamic, kinetic and competitive thing.”

6. M&A Mania
At least eight footwear firms changed hands last year — including big names such as Jimmy Choo, Timberland and Kurt Geiger — and market watchers are looking for activity to heat up in 2012, particularly because there’s plenty of private equity money that’s looking for somewhere to invest, said analysts.

Industry firms hunting for deals include Nike Inc., DSW Inc. and Foot Locker Inc. And VF Corp. might more additions to its portfolio, analysts said. Another active acquirer is Steven Madden Ltd., which ended 2011 by buying the Wild Pair trademark for $4 million.

Meanwhile, companies up for grabs include Collective Brands Inc. — or parts of it, at least — as it undergoes strategic review. Its fastest-growing wholesale arm is a prime takeover target, and there is much interest in its Sperry Top-Sider and Keds brands. “I’ve heard and seen some names [of buyers] kicked around. At the end of the day, there are some compelling assets here,” Susquehanna Financial analyst Christopher Svezia said of Collective.  Eric Beder, analyst at Brean Murray Carret & Co., noted, “It’s going to be a very strong M&A year. More consolidation is going to be needed.”

7. The World Stage
While near-term weakness in Europe is top of mind for footwear players, there are still hot pockets.

The big athletic brands are going all out for the Olympic Games in London and are confident that their marketing spends will translate into healthy sales. “Internationally, the biggest opportunity will be the U.K. with the Olympics, but typically the games drive sales in the short term, but not profits for the longer term,” Morningstar’s Swinand said.

And while China’s real estate market appears in peril, that could be a good sign for consumers there. “Real estate moguls will jump out of windows, but the cost of housing is coming down for the average joe,” said Swinand. He added that many high-end brands are also banking on India, but some areas closer to home could prove challenging. “Canadian consumers appear tapped out, and Brazil is facing a rough year.”

8. Trend Shift
Platforms aren’t over, but the single sole is back on top. Mules also are making a comeback, and flat shoes are turning up in multiple iterations, including new takes on the oxford, loafer and creeper.

“The range of single-sole pumps, played off the menswear-inspired shoes, is a nice contrast,” said Elizabeth Kanfer, Saks Fifth Avenue’s fashion and co-brand director of accessories.

For spring, cork and wooden wedges should dominate, alongside a range of ladylike styles with ankle straps. As for the most influential runways, Barneys New York Fashion Director Amanda Brooks named Céline, Lanvin, Givenchy and Azzedine Alaïa as labels with consistently strong shoes. “New direction and inspiration is always the expectation from them, and we like to balance the big trends with functional and wearable styles,” Brooks said. Off the runway, she cited Manolo Blahnik and Christian Louboutin as standouts that will shape many of the top trends and silhouettes for 2012.

9. Young Guns
Make no mistake: Footwear’s fast-rising design stars are serious about taking their businesses to the next level, from major wholesale growth to retail expansion.

Not only are Nicholas Kirkwood and Charlotte Olympia bowing New York stores this year but they also continue to top retailers’ ones-to-watch lists. Also on the radar are Jerome Rousseau and Burak Uyan, according to Cody Kondo, Saks Fifth Avenue’s SVP and GMM of accessories. “[Jerome’s] bold designs, interesting use of color and distinctive cutouts … appeal to the modern-day woman,” Kondo said.

Barneys’ Brooks continues to keep an eye on Tabitha Simmons, but she’s also banking on emerging labels such as Maiyet and Alexa Wagner. “Alexa’s shoes include feminine shapes with a bit of a rough edge, and her unusual use of exotic skins really stands out,” she said.

10. Baring All
It’s galvanized the running and outdoor markets for two years, but is minimalism just getting started? Experts think so. “We haven’t yet seen [minimal] spread its wings,” said Marshal Cohen, chief analyst at The NPD Group. Despite waves of new product from performance running brands and new upstarts, there may be major opportunity as more-mainstream labels adopt the philosophy.

Skechers will be touting its new GoRun line this year, while Saucony and New Balance plan to bring some of the movement’s principles into their main lines. But there might be even more potential with the related lightweight story, which has been hot at retail across channels.

“Lightweight running is king, and we continue to see more and more innovation,” said Sam Sato, president of Finish Line. He noted the future could hold even more expansion, as Adidas’ Crazylight lightweight basketball style points to a revolution for every performance category.

11. Next Men
Women’s designers are finding opportunity in an unlikely place: the men’s market. Taking cues from firms that recently broadened their offerings (see Jimmy Choo, Ugg and Rocket Dog), more brands are taking the plunge to cash in on the unprecedented success in the men’s footwear category.

In 2012, Vince Camuto, All Black, Nicholas Kirkwood, Gianvito Rossi and Burak Uyan all have plans to launch men’s lines. “I have a big demand for men’s shoes. All the buyers are always asking me when I will start,” said Uyan.

12. Tech Rules
The rapid adoption of mobile technology and social platforms could be a lucrative opportunity for retailers this year. “The biggest change [in e-commerce] is that mobile shopping is mainstream now,” said Steve Yankovich, VP of eBay mobile. The e-tailer’s suite of mobile apps were downloaded more than 62 million times last year, equating to almost $5 billion in mobile gross merchandise volume, he said.