Why Liam Fahy Is One to Watch 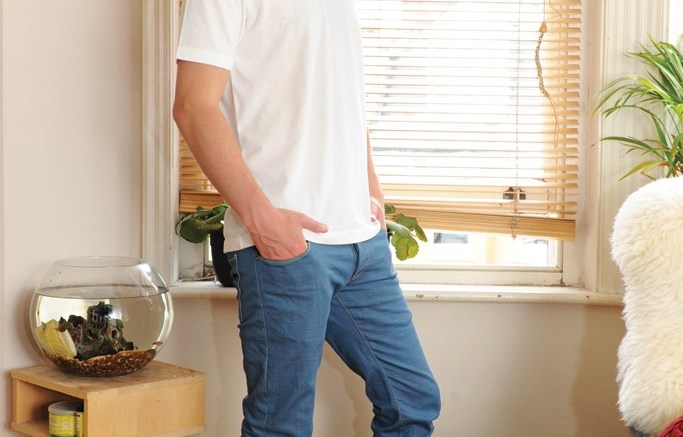 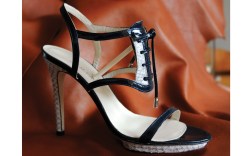 Liam Fahy is ready to make his mark.

After two seasons of selling shoes to a few celebrities and private clients, the 26-year-old Zimbabwe-born designer will debut his namesake line to a broader audience at next month’s London Fashion Week.

His latest collection focuses on sleek, sky-high heels — whether peep-toes or strappy sandals — distinguished by clean lines, unusual patterns and polished details. “They’re classic shoes, the foundations of your wardrobe. They’re pieces that transcend seasons and can really be evergreen,” said Fahy, who is now based in London.

Priced from $650 to $1,500, the shoes feature luxe materials, including satin, pony skin, python, watersnake and other exotics, accented with mirrored nickel and silver.

Fahy’s aesthetic is heavily influenced by his African upbringing. Raised in Zimbabwe’s vibrant capital city of Harare, Fahy often traveled with his charity-worker parents into small villages, where he was exposed to a wide range of native crafts and art forms, including painting, weaving and stone sculpture.

“In Africa, there’s a culture of ‘if you want something done, you do it yourself.’ So everywhere you look, someone is creating something,” he said. “As a designer, it was a really interesting place in which to grow up.”

Fahy received his formal design training at De Montfort University in Leicester, England, where in 2006 he nabbed the Lineapelle Young Designers award and the Drapers Student Footwear Designer of the Year award. Following graduation, he went to work for Cushe, a London-based casual brand now owned by Wolverine World Wide Inc. “I wanted to get experience designing for a [sneaker] company because they work so differently than fashion companies,” he said. “But I ultimately realized that I didn’t like the more mass-produced side of the business.”

So he left Cushe and began laying plans for the launch of his own line while freelancing on the side. His first big break came in 2008, when he won Fashion Fringe’s first footwear competition, wowing a power panel of judges who included designers Manolo Blahnik and Rupert Sanderson, as well as Sebastian Manes, the buying and merchandising director of accessories for Selfridges.

Manes recalled being excited by Fahy’s fresh point of view. “[Liam] has his own distinct style: It’s very futuristic and avant-garde,” he said. “He is certainly someone I plan to follow closely and hopefully introduce in [Selfridges’] shoe galleries as a new talent.”

As the winner of Fashion Fringe, Fahy landed a year-long apprenticeship with Sanderson, working at both his London office and Italian factory. “It was a great opportunity to learn from someone who is not only creative but has strong business acumen,” Fahy said of the experience.

Sanderson, for whom Fahy still consults, described the young designer as a rare talent. “He’s technically strong, thoroughly meticulous and has a good grounding in the craft,” he said. “I expect great things from him. He’s from Zimbabwe, so he’s come a mighty long way already.”

Fahy’s time with Sanderson affirmed his resolution to produce his own collection in Italy, even though he admitted it will be a challenge to rein in his prices, particularly because he uses exotics and complicated molds. “Everything I’m doing is very expensive, but that’s what I’m going for,” he said. “I don’t want to compromise in any way.”

That drive for perfection took Fahy to more than 50 factories across Italy before he finally found a small, family-owned facility in Venice that suited his needs. “In these little factories, you can literally follow a single shoe through the production line. It’s like the difference between printing out address labels on the computer and handwriting them,” he said. “I want my shoes to be perfect, with not a single stitch out of place.”

Liam Fahy
Age: 26
Hometown: Harare, Zimbabwe
Current location: London
Role model: “The late Nathan Clark, creator of one of the world’s best-known — and my favorite — shoe classics, the Desert Boot. I grew up wearing the shoe as part of my school uniform in Zimbabwe.”
Career path: “In Africa, shoes are the most important part of your wardrobe; they are quite a status symbol. That had a lot to do with my interest in designing footwear.”