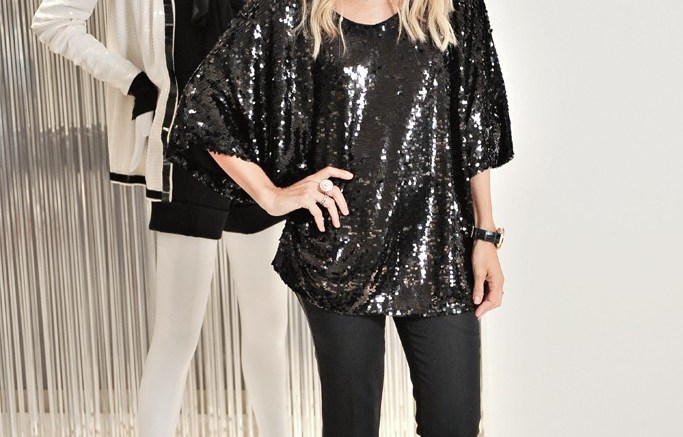 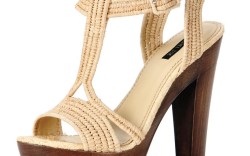 After conquering the worlds of celebrity styling and reality TV, Rachel Zoe is taking on a new role as fashion designer.

Today she will present her spring ’12 line during New York Fashion Week, and also is moving full speed ahead on her apparel, footwear and accessories venture.

Zoe’s collection with LF USA has gotten off to a strong start, already garnering shelf space in major retailers such as Bloomingdale’s, Neiman Marcus, Nordstrom and Bergdorf Goodman. Along with apparel and handbags, the line includes footwear, a category that Zoe said she couldn’t do without.

With LF USA’s Jimlar team, Zoe created core shoe styles for her inaugural fall ’11 season — including sky-high platform ankle boots and pumps — then quickly doubled her offering for resort and spring with a variety of heel heights and new constructions.

“Not everyone wants to tower on a 7-inch heel like me,” she admitted. “There’s something in the collection for everybody. I want everybody to find their shoe.”

According to Larry Tarica, group president of footwear for LF USA, Zoe is enthusiastic about her work and was fully engaged in the process. “Rachel understands the consumer, and together we are developing the brand with great focus,” he said. “The support from retailers and consumers has been tremendous.”

Brooke Jaffe, fashion accessories director at Bloomingdale’s, can speak to that success. “As in every aspect of the collection, Rachel has been able to truly create a signature footwear look,” she said. “You know when you put on those platform booties that they are hers. Her ability to be signature yet chic, classic and trend-right, is a unique formula.”

Here, Zoe talks with FN about breaking into the shoe business, not taking advice and her new rules for getting ahead.

Why was it important for you to enter the shoe business?
RZ: I’ve obviously been collecting shoes for quite some time. The price point has gotten so crazy and I found a lot of my friends and clients were saying, “I want these shoes, but they’re $1,200 or $1,800.” I want to make great shoes that have incredible fabrics, construction and great style, but are also way more affordable. I want to [combine] fantasy and functionality. My shoes are like everything in the collection — on trend, but not trendy. There also are practical elements. I wear my shoes for 12 to 14 hours a day. Not only did the shoes in my collection have to look really good, they had to be wearable for extended periods of time. They’re wearable and fashion-forward.

How has it been working with the team at Jimlar?
RZ: We have an incredible relationship. They know what I want and how I want to be represented. They really listen to what I have to say and when I want to make changes. We have a very honest relationship, and I want them to tell me if a customer is not responding to something. Sometimes I think too editorially and I want them to bring me back down.

What are the biggest lessons you’ve learned so far about designing shoes?
RZ: How difficult it is to make a really great shoe. There is a lot that goes into the construction. But there’s nothing better than a well-made shoe, and once you have it, you never go back.

How has your background as a stylist helped you become a better designer?
RZ: I know a lot of the peeves women have about certain things when it comes to clothing: pockets in white pants, bands across your hips, heels that you wobble on, weird constructions on the platform that affect your balance. All these things that I know from working with different women over all these years influence my decisions as a designer.

So what inspires you as a designer?
RZ: I’m constantly surrounded by so many people in so many different cultures and cities. I’m constantly looking at what people are wearing. Most of my inspiration comes from instinct. Having seen something like this, I really want to do this type of heel and then we take it from there with fabrics, textures and colors. I’m having so much fun playing with different styles and heel constructions.

Do you ever take advice from your celebrity clients or designer friends?
RZ: I take little bits of advice, but I try not to ask too much because I don’t want to be influenced one way or another. A lot of advice confuses you and makes you think you’re supposed to be doing something a certain way. Everyone is different.

How do you balance being a new mom with your growing business?
RZ: I take [Skyler] with me everywhere I go, unless it’s not a good environment. I always have him by my side and never want to be away from him. He’s the greatest thing ever.

Have your fashion choices changed?
RZ: I have to be a bit more practical. Since I’m with my son all day, I can’t wear anything with a ton of zippers, or jewelry with spiked edges. Right now, I’m wearing a wedge instead of a real stiletto. I won’t walk in heels if I’m holding him. I’ll go barefoot. My baby comes first.

What can viewers expect to see in season four of “The Rachel Zoe Project,” which premiered on Bravo last week?
RZ: It’s a very different season, and there are a lot of new people on the show. Also, you get to see what it’s like to launch a brand and collection. It’s a really good season and I’m proud.