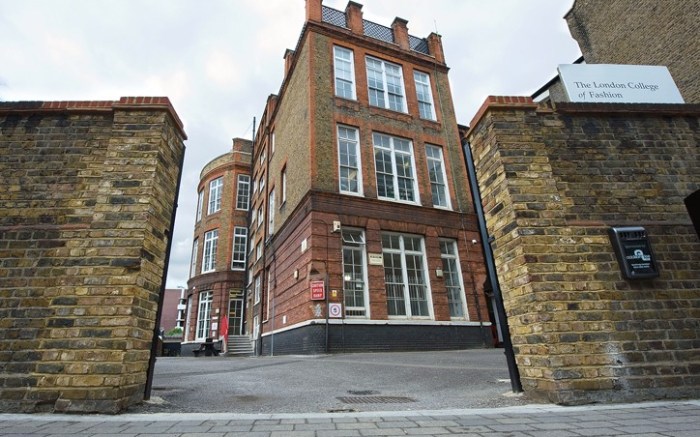 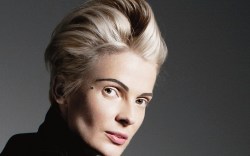 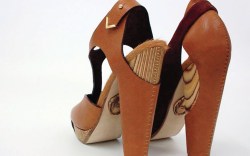 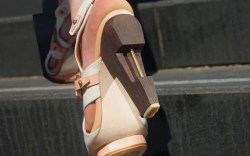 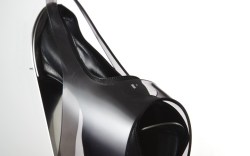 Is there a secret to Cordwainers College’s ability to turn out some of the footwear industry’s most innovative design talent?

The school, at the London College of Fashion, has, after all, nurtured a host of marquee names in footwear design, including Jimmy Choo, Rupert Sanderson, Jerome Rousseau, Beatrix Ong, Charlotte Olympia Dellal, Camilla Skovgaard, Patrick Cox, Linda Bennett and Nicholas Kirkwood — and more are on the way.

Designers who have studied at the college attributed its success to programs steeped in technical training, while industry insiders said its rich heritage also contributes to its allure.

“Without a doubt, it is the teachers who really stand out at Cordwainers,” said Skovgaard. “They instilled a love and respect for the craft and … gave a comprehensive [understanding of how to] start hitting the factories overseas. My three years [there were] difficult but great.”

Chau Har Lee, who graduated in 2002 and now works as a women’s shoe designer at Bally, agreed.

“It was a nice, intimate environment where everyone knew each other,” she recalled. “Every Tuesday morning, I was able to have one-to-one instruction with my tutor, Sue Saunders, and talk about any problems I was having. I also benefited from a lot of technical emphasis in the course, on [things like] construction techniques and machine operation.”

“They really instill a work-hard ethos in you, and their world-class facilities inspire people to push themselves,” British luxury designer Atalanta Weller said of her three years of study at Cordwainers.

Weller graduated with a Bachelor of Arts in footwear design in 2002 and today focuses on architectural designs that try to push the technical boundaries of shoe making.

After launching her eponymous label four seasons ago, Weller is looking to expand. She’s about to sell an undisclosed stake in her business to a private equity firm, as well as launch a capsule collection with a British high street retailer and make runway shoes for two British designers at the next London Fashion Week, though she wouldn’t reveal specific names.

Weller said she credits much of her success and drive to what she learned at Cordwainers. “What makes Cordwainers College different is it inspires something entrepreneurial, [more so] than [do] other schools,” she said.

Lee, who was in Weller’s class at the school, found the program a good foundation upon which to build her graduate studies at the Royal College of Art, where she was personally tutored by Manolo Blahnik and was awarded the Manolo Blahnik RCA Award 2009 for her coursework. Now she also designs an eponymous line of shoes, made with unconventional materials such as perspex and wood, and sells the styles on a made-to-order basis at Selfridges department store in London.

While their career trajectories seem impressive, it could be said that Weller and Lee are simply walking the path paved for them by other footwear luminaries and Cordwainer graduates.

Among them is Choo, who has returned to the school on several occasions as a professor.

And for Ong, studying there led directly to her first job as a designer. After graduating in 2000, Ong became Jimmy Choo’s creative director of couture when she was 22 years old. Two years later, in 2002, she launched her eponymous line.

Ong said she chose to study at Cordwainers because it was “[an] environment completely different [from] other universities. In terms of design, London has so many resources and cultures to draw upon.”

Designers have also taken advantage of the school’s strategic location. Weller noted, “Europe is a really cheap flight away. I go probably once a month to Portugal for manufacturing, [while] components still come from Italy.”

Industry insiders agreed the school draws design talent because of its proximity to Europe’s top design houses and factories, but also because of its storied history.

“The fact that it’s in London, a city whose fashion credentials have caught up with Milan and New York in recent times, gives it cachet,” said George Wallace, a U.K.-based strategy consultant with MHE Retail. “Years ago, the idea of going somewhere to learn how to design shoes [was unheard of because] Cordwainers College sounds like something out of Victorian England, and that’s because it was.”

The term “cordwainer” derives from “cordovan,” a leather made from a horse’s rump that is named for Córdoba, Spain, and that was used as early as 1100 in England.

The college, meanwhile, was founded by the Guild of Cordwainers at the end of the 19th century as the Leather Trades School, before being incorporated as Cordwainers Technical College in 1913. It merged with the LCF in 2000, a move that previous students said eased access to libraries and facilities and strengthened its quality of instruction.

The school’s access to interdisciplinary resources also contributes to its vibrancy and longevity, experts said.

“It’s very difficult to compete with a school that is more than 100 years old,” said Ellen Goldstein, professor of accessories design at the Fashion Institute of Technology in New York.

“We have an exchange program with Cordwainers, so we recommend students go there over the summer to combine elements in their program with ours,” she said.

Cordwainers is one of the very few schools in the world to award degrees specific to shoe design. Aspiring designers of various experience levels can choose between a two-year foundation degree program in footwear design, a three-year Bachelor of Arts program in footwear or a 15-month master’s program in fashion footwear.

Other schools offering similar training include De Montfort University in Leicester, north of London, which offers a bachelor’s degree in footwear design.

Polimoda in Florence, Italy, also has an undergraduate degree program for footwear and accessories design, and the curriculum at Ars Sutoria in Milan features technical courses ranging in duration from a week to 10 weeks.

FIT awards degrees for accessories design, either an Associate in Applied Science or a Bachelor of Fine Arts. In addition to shoes, students must also study hats, belts and bags.

Paul McNicoll, dean of the School of Design and Technology at LCF, said Cordwainers receives more than 200 applications for just 45 places per year, and the admissions board looks for passion in candidates.

“Footwear and accessories are really quite unique areas. If someone is already interested enough to apply for the specialized course, we want to tease out where this excitement and ambition is coming from and going to,” he said, adding that 11 students — or nearly a third of the full cohort — graduated with first-class honors from the bachelor’s program this year.

But beyond simply helping designers hone their talents, Cordwainers offers something more: Alumni said connections made during their time at the school were invaluable.

“It’s a nice vibe because people are all very happy to share insight about the industry, which is quite small. It’s a chance to grow your network in a friendly setting,” said Lee, who has returned to teach some courses. “Ninety percent of the peers I’m in touch with still work in the industry.”

First Class
Paul McNicoll, dean of the School of Design and Technology at LCF, listed five names to watch from Cordwainers’ 2011 graduating class of bachelor’s degrees in footwear.

Molly Pryke won the Cordwainers Cup for excellence and has interned at Alexander McQueen. “[She is] a very strong all-rounder.”

Min Song was one of the winners of the Jimmy Choo scholarships. Her designs pair materials in unusual combinations.

Sandra McClean is an Irish designer who is inspired by modern architecture and the sci-fi genre. “[She’s] a very interesting designer to watch out for.”

Samuel Shepherd has worked for Kurt Geiger and Jonathan Kelsey and “is a perfectionist in every area he works on.”