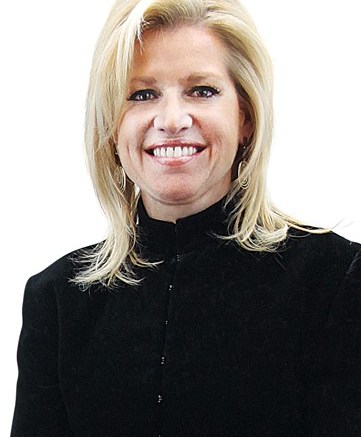 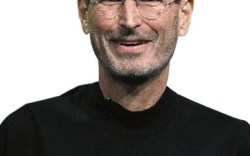 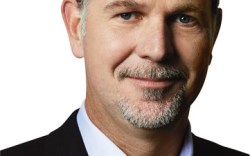 Mindy Grossman, CEO; HSN Inc.
Connection: Worked together at Barry Diller’s IAC before HSN spun off in 2008
Lesson learned: “For one thing, Mindy believes you can be very immersed in the businesses we run, but you also have to get away from it every so often. She showed me you’ve got to get out of the office and get a perspective because our customers don’t live in front of a computer. They’re doing a lot of different things. I thought that philosophy was always very important. She was one of those people who would actually walk around at the malls and do different things.”

Steve Jobs, Founder & CEO; Apple
Connection: Admires Jobs’ ability to evolve product
Lesson learned: “He’s not only making things better, he’s evolutionary in saying, ‘If there’s something not being done as well as we would like, maybe we’ll just create something completely new.’ Steve is extremely innovative and entrepreneurial, and not driven by money or power because he’s already got it. I think he gets a kick out of being a game changer in an innovative way. He just keeps doing it again and again. A lot of people would be very satisfied if they had created the Mac — that would be enough. And certainly if they created the iPod. And now we’ve got the iPad. He recognizes that we can’t stop for two seconds and that we need to keep finding new ways to stay ahead of the customer experience.”

Bill Supple, Managing Director; Robeco Investment Management
Connection: Was hired by Supple in the 1990s at BancBoston Robertson Stephens
Lesson learned: “When I left the bank we had about $6 billion in outstanding investments and I learned an unbelievable amount from Bill. [He taught me] that if I see somebody who’s great, whether we have a position for them or not, hire them. Somebody who is great figures out a way to create value. [Bill] was also unbelievably guided in focusing on the customer. Once, when he was on vacation, a client who had hundreds of millions of dollars in investments with our shop decided they wanted to meet on a Saturday, so Bill grabbed a pair of khakis and jumped on a plane. His feeling was, you have to service the customer 24 hours a day, seven days a week. There is no limit or time constraint when it comes to the customer.”

Reed Hastings, Founder, CEO; Netflix Inc.
Connection: Admires Hastings for improving an existing category
Lesson learned: “People try to be so scientific and think the only way you can be really successful is if you’re inventing the next great drug or algorithm. What Reed did was take something that’s already working and raise the bar on the consumer experience. People liked shopping for DVDs; he just made it easier. He also isn’t complacent. He had this amazing penetration through the mail and then translated it into streaming video. But what he’s realizing — and we think it here — is that these things are always evolving. You need to stay relevant and try to create the most value possible.”

Gordon Hoffstein, CEO, took public and sold Be Free; director and adviser to private companies
Connection: Met when Savitz was starting Shoebuy; Hoffstein offered informal advice
Lesson learned: “To give back. Gordon is a very interesting, fun individual who influenced me just by watching him in action. He has had three companies that he has either sold or taken public that have been very successful. I got introduced to him very early in my career. He was amazingly receptive and fluid with me. I do a lot of that now because of what I learned from him — to give back and spend time with young entrepreneurs.”